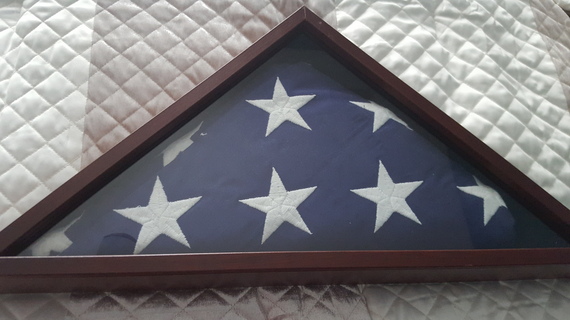 Politics and religion -- the two topics that we are often cautioned against discussing at the holidays, at business functions or really just about any place where we want to keep peace. We all know that these discussions are often fraught with emotional responses and beliefs that may or may not be grounded in facts or logic. And for the brave or foolish who dip their toes into the dialog, they risk offending someone and evoking feelings of anger or resentment.

I, like many of you, try to avoid discussing or writing about these topics for many of the above reasons. But for the past several weeks I have been battling the voice in the back of my head that reminds me that sitting quiet while others are bullied and humiliated is in essence being the bystander who is complicit in the message. Moral courage -- the kind of courage that it takes to stand up to a bully and defend ourselves and each other is what our nation has always been about and I pray will continue to represent. This morning as I stared at the American flag that is folded in the shape of a triangle hanging in a glass case in our hallway - -the one that draped my father-in-law's casket, I found my voice. I would like to offer a few of my thoughts as a citizen of the USA.

I am a white, middle-aged, middle-income, mid-western, spiritual, family- and sports-loving psychologist. My family is filled with many brave men and women who have served our country during times of war and peace. Some lost their lives, some lost their limbs and some lost their emotional peace because they believed in the words, "One nation, under God with liberty and justice for all."

So, when a candidate for the president of the USA stands up and says he speaks for the American people and proceeds to preach intolerance, defame women, mock those with disabilities, spew hate and bias against Asians, African-American and Muslims or quite frankly any group that will rally the angry mob, I ask you to please clarify that you speak for yourself. As an American, I am proud to say that you do not represent me or my beliefs. This may simply be a fun ride for you to enjoy the power of insulting, bullying and ridiculing people while ignorant and angry fellow human beings applaud you. But I respectfully ask you to remove the American flag from behind you so the world does not come to believe that you and your words do in fact represent the American people. I am the American people and I am proud to say that you do not represent me!