Are sex work and sex trafficking two separate issues? Should sex work be legal? It really depends on who you ask.

I just had 2 questions: What's the difference between sex work and sex trafficking, and should sex work be legal? These are their answers.

What's the difference between sex work and sex trafficking?

First I spoke to Lexie Smith, who says she endured years of sexual slavery at the hands of neighborhood boys beginning when she was only 10 years old. She wasn't forced with violence or held captive with chains. Instead, she says she was brainwashed and blackmailed into staying quiet. Lexie remembers, "He told me if I didn't shut up, that he was going to do the same thing to a close relative of mine."

She believes that whether a woman is actually forced by a pimp or is simply without the right resources to earn an income (i.e., education, transportation), she's never truly empowered through sex work. Lexie believes that sex workers need to get out of the industry to thrive; they need help transitioning into a viable trade and should be assisted with resources to ease that transition. 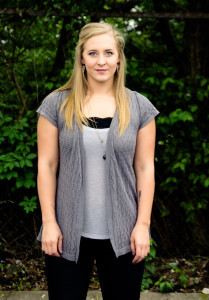 In either case, Lexie asserts that the women involved don't have much of a choice--women engage in sex work either because there's no other way to survive or because they've been trafficked and are being forced.

Another thing Lexie believes sex workers have in common?

"Previous sexual abuse as a child. From what I and the trauma experts I studied under know, a foundation of trauma that hasn't been dealt with will not allow you to operate at 100% in your adult life.

It is no wonder victims of child sex abuse flock to the sex industry. They get to live out their trauma every day and try to process it, live under those false beliefs, and be what their abuser said they are rather then what they want to be. Whether they are conscious of that or not, it is what many are doing. Everyone deserves healing from that."

Matisse, on the other hand, holds a much different view of sex work and sex trafficking. She sees a big difference between the two, noting that engaging in consensual sex work is a decision any woman should be free to make and not one she should be 'saved' from.

"A 'sex worker' is an inclusive and nonjudgmental term for someone who chooses to exchange either sexual services or a sexual performance for money," says Matisse. "But 'sex trafficking'? That's a vague term. It was invented around 2007 to replace "prostitution," because public interest in arresting people for having sex for money was waning."

"Seeing this, an odd political coalition sprung up between some unlikely bedfellows who wanted to prevent sex workers from gaining social acceptance: Right-wing religious conservatives and leftwing anti-sexwork feminists. 'Sex trafficking' was the phrase they hit upon to incite a public moral panic." 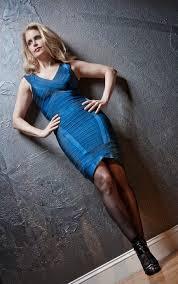 "There was not then, nor is there now, a hugely widespread problem in the US of people being forced to have sex for money," she continues. "The terrifying numbers and statistics quoted by anti-traffickers have been debunked over and over. 'Sex trafficking' is the boogeyman of our day, just as ritual Satanic child abuse was in the 80's and 90's. So saying "I'm an anti-sex trafficker" simply means "I'm anti-sexwork."

"Nonetheless, the myth of "sex trafficking" is a very useful idea. Non-government organizations (NGOs) who claim to be fighting it--we call them "the Rescue Industry"--get lots of money from government grants and private donations. The myth of widespread, organized sex trafficking also dovetails neatly with America's love affair with mass incarceration."

"It's easy for police to arrest lots of people for prostitution, mainly low-income women of color, who are in no way "trafficking" anyone. So police, politicians, and Rescue Industry NGO's work hard to conflate 'sex work' with 'sex trafficking,' because it suits their purposes," explains Matisse.

Rachel offers yet another perspective, accepting that sex trafficking is a real issue, but careful to remind us of the differences between sex work and trafficking:

"Conflating voluntary sex work with sex trafficking has serious negative implications for women who voluntarily enter sex work. There is no question that sex trafficking, or the forced entry of an individual by a third party into sex work, without said individual's consent, is a human rights offense that should be addressed. 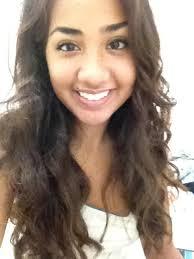 "There is no question that sex trafficking, or the forced entry of an individual by a third party into sex work, without said individual's consent, is a human rights offense that should be addressed... however, not all persons who enter sex work do so because they were coerced." -Rachel Safeek

"We overlook the safety concerns, including instances of rape and violence, as well as the transmission of sexually transmitted infections (STIs), of individuals who voluntarily enter in the profession. We misguidedly victimize those who voluntarily enter the profession and we dismiss the ongoing concerns of those who choose to remain the in profession by assuming that their greatest need is leaving the trade. The focal point becomes "saving" women in the trade, rather than focusing on making conditions safer for those who willingly participate."

"We know about the dangers associated with women who are kidnapped and sold into the trade, but by dismissing the cases of women who are compelled to enter the trade due to circumstance (lack of skills, education, and a strong support system/resources), we are ignoring the larger issue of vulnerability and disempowerment among women (There are, of course, concerns related to women under the age of 18, and their ability to provide consent or willingly commit to working in the sex trade. For the purposes of this interview, I am focusing on women who are non-minors)."

"Another issue with dismissing the concerns of those who voluntarily enter sex work? We ignore the narratives of women who made the conscious decision to enter sex work, but did so because of poor circumstance (economic vulnerability, limited skills/education, lack of resources or stable support system, etc.). "

"These women "chose" to pursue sex work to make ends meet. These cases do not qualify as instances of absolute empowered voluntary sex work, and yet they do not fall under the category of sex trafficking. If we conflate sex work with sex trafficking, we ignore the greater issues impacting women in these situations, as well."

Should sex work be decriminalized or legalized?

"Tragic isn't even a strong enough word to describe a woman who has obviously not found proper resources or been failed by them and now feels like her only way to provide for her family is to sell her body.

This brings us to the massive debate of legalized prostitution that I can sum up pretty quickly: It does not work. Germany did it and the rate of child trafficking increased because it justified the act in the mind of the buyer.

After a decade of legalized prostitution, human trafficking and violence against women has only dramatically increased in Germany. Concern for age is rarely a fleeting thought in the minds of most Johns. Make it legal and they surely won't think twice.

The reason why we have not been convinced [that sex work shouldn't be illegal] yet is because it infringes on other important rights like physical, emotional, and mental safety as well as respect. It is no secret that the risks a sex worker faces--being beaten, raped, kidnapped, or killed--are significantly higher than any other profession. Given the evidence, it is hard to convince anyone that sex work is a good career path."

"I'm an advocate for decriminalization of sex work. That means: all criminal penalties for the one-to-one exchange of money for sexual services should be abolished. Sex work is work. Why does any woman choose any job? Because she thinks it would suit her needs. It might be she could get other jobs, but she finds sex work more interesting and lucrative. Or she doesn't have a lot of other employment options, and she feels sex work is the best attainable choice for her.

Sex work is not a product of modern-day culture--it's part of society around the world, throughout recorded history. Anti-sexworkers may think it's a form of patriarchal oppression, but even if you accept that as true, it is not unique."

Think of it like this: if a sexual act would not be illegal if no money changed hands, then simply adding money into the situations should not transform it into a crime. So if sex work is decriminalized, rape and child molestation are still a crime. We'd simply allow consenting adults to have sex for whatever reason they wished, including money.

Sometimes people speak of "legalizing" sex work, which is different. "Legalized" sex work means it remains mainly a crime, but the state will create a few loopholes wherein exchanging sex for money is tolerated. That's not our goal.

The only downside I can see to decriminalization is that our prison population would drop sharply, no doubt causing consternation among those who profit from the misery of senseless incarceration."

"From a public health standpoint, I do believe it is necessary to legalize and regulate the profession. Countries like Brazil have demonstrated that with tolerance applied toward the profession of sex work, STI and HIV rates among female sex workers can be minimized. New Zealand has taken it a step further, insisting full regulation of the profession, including STI testing for sex workers and their clients.

Furthermore, because the profession is legal, women who are injured on the job due to violence or abuse, can legally hold their clients accountable, as well as apply for worker's compensation. The laws are applied to women in the industry who are over the age of 18. These public health guidelines can help minimize instances of violence and disease transmission, while improving the safety of all parties acting during a transaction.

Legalizing the profession would create political platform upon which discourse around the trade could develop, helping to reduce some of the stigma associated with sex work."

It's clear that sex work is a sensitive and complex issue in our nation. Interviewing 3 women yielded vastly different responses to the questions "What's the difference between sex work and sex trafficking?" and "Should sex work be legal?" I hope you'll consider each of their points and do your own research to fully develop your opinions on sex work in the United States.

Who did you agree with most? Lexie Smith, Mistress Matisse, or Rachel Safeek? Why?