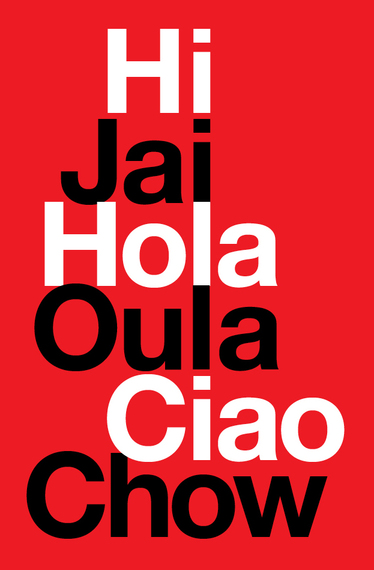 Did I get mad? No. Was I confused? Yes. Was I going to tell the clerk that she was wrong when pronouncing a simple four-letter name? No, of course not. Was I emotionally scarred because of that? Was my national pride and identity threatened, compromised or damaged? Give me a break.

Too much is being said about "foreign" languages in American society these days. Recently, Phoenix-based NBC anchor Vanessa Ruiz dealt with the topic while addressing viewers:

"Some of you have noticed that I pronounce a couple of things maybe a little more differently than what you are used to ..."

Wherever you go in the U.S., or any country for that matter, people have accents. When I visit some parts of Ohio, I hear people saying they are going to "warsh" their clothes or travel to "Warshington, D.C."

"I was lucky enough to grow up speaking two languages and I have lived in other cities in the U.S., South America and Europe ..."

Some people have gained exposure to other cultures and other parts of the world and learned a variety of expressions and pronunciations. Does that justify anger on the part of people who are less traveled and who are familiar only with their local version of English?

"I do like to pronounce certain things the way they are meant to be pronounced and I know that change can be difficult ..."

Do I get angry when folks in Chicago say they have a friend who lives on Goethe (Ger-TA) Street or when Detroiters go to Charlevoix (Char-leh-VOIX) or Gratiot (Gra-SHOT) avenues? Should I send them to German and French school so they learn that those words have been sound-butchered?

By the way, should I get mad when I introduce myself as EH-lee-oh only to have the person I'm meeting address me as ILL-lee-oh? Should I become upset when the person continues to call me ILL-lee-oh as years go by?

We all need to relax and breathe deeply. It's not a big deal. Sarah Palin says that immigrants should speak "American" (I'd love to enroll in a school where that language is taught) and Donald Trump says Jeb Bush should speak in English while he's in the U.S. The truth, however, is that people who speak more than one language are at an advantage. They can communicate with more human beings, and that gives them more power. It's as simple as that. Of course, that scares people who are monolingual, so they try to diminish the value of speaking multiple languages.

Immigrants like you and me move to other countries for various reasons. We bring our language, customs and cultures with us. We can't leave them at the border.

Do I want to assimilate? Hell, no. Do I want to acculturate? Yes. I want to get the best of both worlds, and I want to employ all the assets at my disposal.

When I'm around English-speaking people, I speak "American." I don't want to make anyone feel excluded the way I have been excluded. When I'm around Spanish-speaking folks, I feel happier than a pig in sh*t because I get to speak my native tongue. And no, I'm not talking about you or saying bad things about you. I'm just expressing myself in what it is part of my identity.

I tried for years to get rid of my accent. People would make funny faces when I spoke. When they talked to me, they would speak s-l-o-w-l-y or very LOUD, leaving me wondering whether they were having a stroke. Eventually, I had an epiphany: I can speak Spanish, and English, and Italian. Why should I feel less than the person who is shouting at me or making faces?

Learning a foreign language takes years of work and a lot of practice. For a Spanish speaker, Italian isn't too difficult. Still, mastering it required me to take two years of daily classes. English was more problematic. Do you know how many years I spent learning and practicing English, even though at the time I wasn't planning on coming to the U.S.?

We all are immigrants. When the ancestors of U.S. citizens arrived on these shores, they perhaps spoke German, Dutch, Italian, Chinese, Polish, Japanese, Korean or Arabic. I hope that Donald Trump's paternal grandparents, Friederich and Elisabeth Drumpf, were able to speak German when they were among friends and family. I hope that his first wife, Czechoslovakia-born Ivana Zelníčková, was able to speak Czech to her children in public. I hope that his current wife, Yugoslavia-born Melanija Knavs, is free to communicate in both English and Slovenian with his younger son.

And if you continue to call me ILL-lee-oh, I'll just think of the Illio, the yearbook of the University of Illinois at Urbana-Champaign, my alma mater. And I'll smile.