This week, I received an email from another writer who reminded me that she had once defriended me on Facebook. We both belong to the same professional association (which meets annually) but we live in different States and have virtually no contact with each other (although we might see each other's posts on forums). While I was stunned that I had been defriended, I had totally forgotten about the incident until I received her recent note. The subject line read I'm Sorry.

Irene, I'm sorry that I defriended you last year after I felt hurt following some Facebook comments early last year. I'd like to think I've developed thicker skin since then...but I'm a human. :) Anyhow, I hope we can work beyond our differences...

I can't remember the specifics of the incident but suspect we disagreed, like so many Americans, regarding the politics surrounding the last election. Frankly, I was taken aback that I was defriended by someone with whom I had only the most peripheral online relationship and who took my comments so personally.

Nonetheless, when someone defriends you it is like having a door slammed in your face and that's how I felt. It left little room for dialogue unless I wanted to take the conversation elsewhere. Under these circumstances, I didn't. 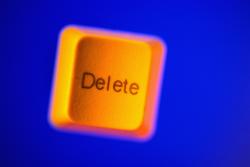 Why does defriending occur?

Defriending is generally provoked by something you did or said, online or off, that has created distance and led to a breach of trust. As a result, your "friend" no longer wants you lurking or being privy to what she is saying or doing online. Here are some common examples of how it happens:

• You've had a misunderstanding or disagreement, online or off;

• You humiliated the person in some way;

• You used information against her or she fears you will;

• She's learned information about you (perhaps, from your Facebook page) that is a deal-breaker (for example, you're a liberal and she's a right-winger or she's an atheist and you're a devout whatever)

How can I deal with being defriended?

In an article in yesterday's NY Times called Defriended, Not De-Emoted by Austin Considine, I commented that the emotions sparked by suddenly being defriended aren't too different than those felt when someone is dumped offline. It hurts!

While it's hard to get back in someone's good graces once you're defriended, you may realize for one reason or another that you don't necessarily want to repair that friendship either!

But if you do---and you know what you did wrong, apologize. And apologize sooner rather than later because little misunderstandings can blow up quickly. If you're not sure why you were defriended and it matters to you, write the person offline to find out if you did something wrong or annoying. If the person doesn't respond, you might want to allow for a cooling-off period and then try again. Use common sense.

As you might guess, the rules of defriending in cyberspace are pretty murky since there are no commonly accepted rules on the etiquette of how to end face-to-face friendships!

One takeaway lesson: While the act of defriending is as quick and easy as hitting a key, the decision to do so can have long-lasting repercussions, both for the defriender and the defriended.

Here are a few prior posts from The Friendship Blog on the topic of defriending:

The awkwardness of defriending
Online friending and defriending patterns
Getting over getting dumped
Junior High School Redux: Bounced from a mom's group
How to handle a Facebook frenemy
Leaving a friend behind