Our daughter celebrates her birthday each June. I can't help but measure her birthdays with an equal sense of apprehension and elation. She's a teenager now, and still no sign of the brooding, the polarity, the darkness that descended on my husband like Portland's thick gray clouds in January, refusing to budge. Yes, she has his intellect but she also has my relatively sunny nature. She is physically stunning with long, muscular legs and a waist that defies her voracious appetite. She has David's European cheekbones. The color of her skin is his. Her ears have the same shape. There are times I find myself staring at one of her features for too long. She bats me away, "Mom, enough." 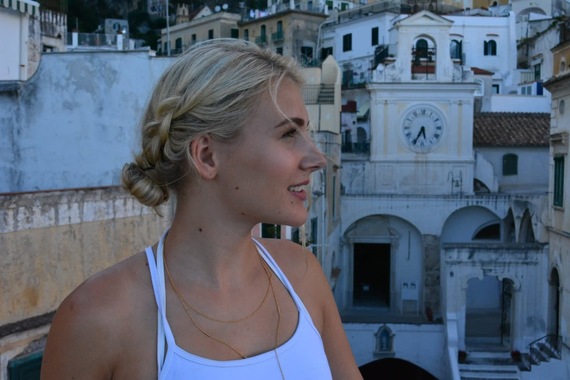 I missed much of the unfolding of my husband's mental illness. By the time I'd pieced together the puzzle of who David was, he was falling apart. Just six weeks after a formal diagnosis of bipolar disorder, and one day after his release from a Portland psychiatric hospital, David drove to one of the most beautiful places in Oregon and ended his life.

After David's death, I'd read every book I could get my hands on about bipolar disorder. I'd measured the likelihood of a genetic inheritance against the things I could influence -- Sophie's diet, her sleep, exercise, a sense of well-being and unconditional love. She is just fine, so far. Becoming aware of our family's genetic vulnerabilities was painful, but it provided a unique gateway to focus on our genetic strengths, and Sophie has inherited a majority of the good stuff. She's attending college now with the sensitivity, compassion and intellect of a person who will be better than "just fine." I've talked with her about stocking her mental health toolbox so often, at this point, she rolls her eyes.

Mental illness, unlike breast cancer, isn't celebrated with big marches or pink ribbons. The stigma is stifling, and it prevents most people from seeking help. David refused to accept the label of bipolar disorder. He could not imagine a life of medications and therapy, which did so little to help. David's path is not unique. Suicide is now the ninth most common cause of death for men and women in America. Every 13 minutes, another American dies from suicide. What could we have done differently? What should we have known?

It is my belief that many people could benefit from hearing more about how psychiatric conditions unfold. In the years, months and days leading up to David's death, I didn't classify him as mentally ill. I missed many signs. I ignored others, believing it could get better. And I scrambled, as the world came crashing down around us, I worked just to maintain my sanity and the health of our daughter.

In the weeks and months ahead, I'll be using this blog to share what I've learned. I'll be interviewing the world's best researchers and scientists who are working to find a cure for mental illness. I'll be sharing dispatches from mental health conferences and my work at the Foundation for Excellence in Mental Health Care, a dedicated group of scientists, psychiatrists, psychologists and researchers who believe people with lived experience can recover.

My interest is in preventing another loss of life as exquisite as David's. I welcome your emails, your stories, and hopefully, your support.

"All the Things We Never Knew" is available on Amazon.com.

Author, Journalist, Advocate, and lover of this life