He wears sweatsuits to award shows, snatches moments from Taylor Swift and pulled off the easily most ridiculed wedding and relationship in pop culture today. Kanye West is "crazy," "full of himself" and often accused of being "talentless." Still, he's an enigma of society, and not one we could easily write off. He's everywhere, and for those of us heavily involved in creative industries, has an elusive air of omnipotence. He calls himself "Yeezus," but so do we. That brings my first question: By doing so, are we saying that maybe we believe him? Just a little?

When you listen to him speak on creativity, on art, on himself, it's not a fevered rambling. He's not trying to convince anyone of anything. He's telling you what he believes, the way your pastor tells you about their interpretation of religion, the way your teacher tells you about history. The things he is saying make sense on a level. Today, what we define as creativity starts "when you're out of college" or "tomorrow" or "when you've got some free time." Our society encourages you to do one thing and leave it at that. Expansion of yourself is slightly foreign and not usually met with immediate acceptance. There's a path, and you either stay all the way or jump off, there can't be an in-between. Unless, of course, you're Kanye.

Kanye also challenges our ideas of self-esteem. If he's paying anyone to be his publicist, he's wasting money, because no one talks up Kanye better than Kanye. I mean, sure, we all think we're great and geniuses, but we don't actually tell people that. It's not socially acceptable. Is he wrong when he says he is the most important artist alive? If you weren't familiar with pop culture at all, and simply wandered into a news stand, or watched an episode of ET, you would probably say no. His face, his words, his tweets, surround us. Not to mention his music. Whether you realize it or not, you probably know the words to his remix of "Stronger," and you've jammed to "FourFive Seconds" in the last few weeks.

The only time I got really excited during the Grammy's this year was when he looked like he was gonna pull a "Kanye," an action that he inspired when he did it six years ago, that has now cemented itself in youth culture. I make "Imma let you finish but... " jokes daily. He's married to Kim Kardashian, a woman who has literally built an empire on her selfie (sorry, not sorry.) Their child, North West, is worth more than some countries. Over the years, we've watched all of this fit together, culminating into pop cultures equivalent of a First Family.

As of late, we like to make jokes about Kanye. He's outlandish enough that it's easy to do. But don't forget that at his core, Kanye makes good music, and is always committed to what he decides to do. From Day 1, he has challenged what the constraints are on what he can do -- whether that be in an interview, on a stage or on a runway. Does all of this make him a god? Or a well-performed social experiment? At what point does he ascend fame and become legend? 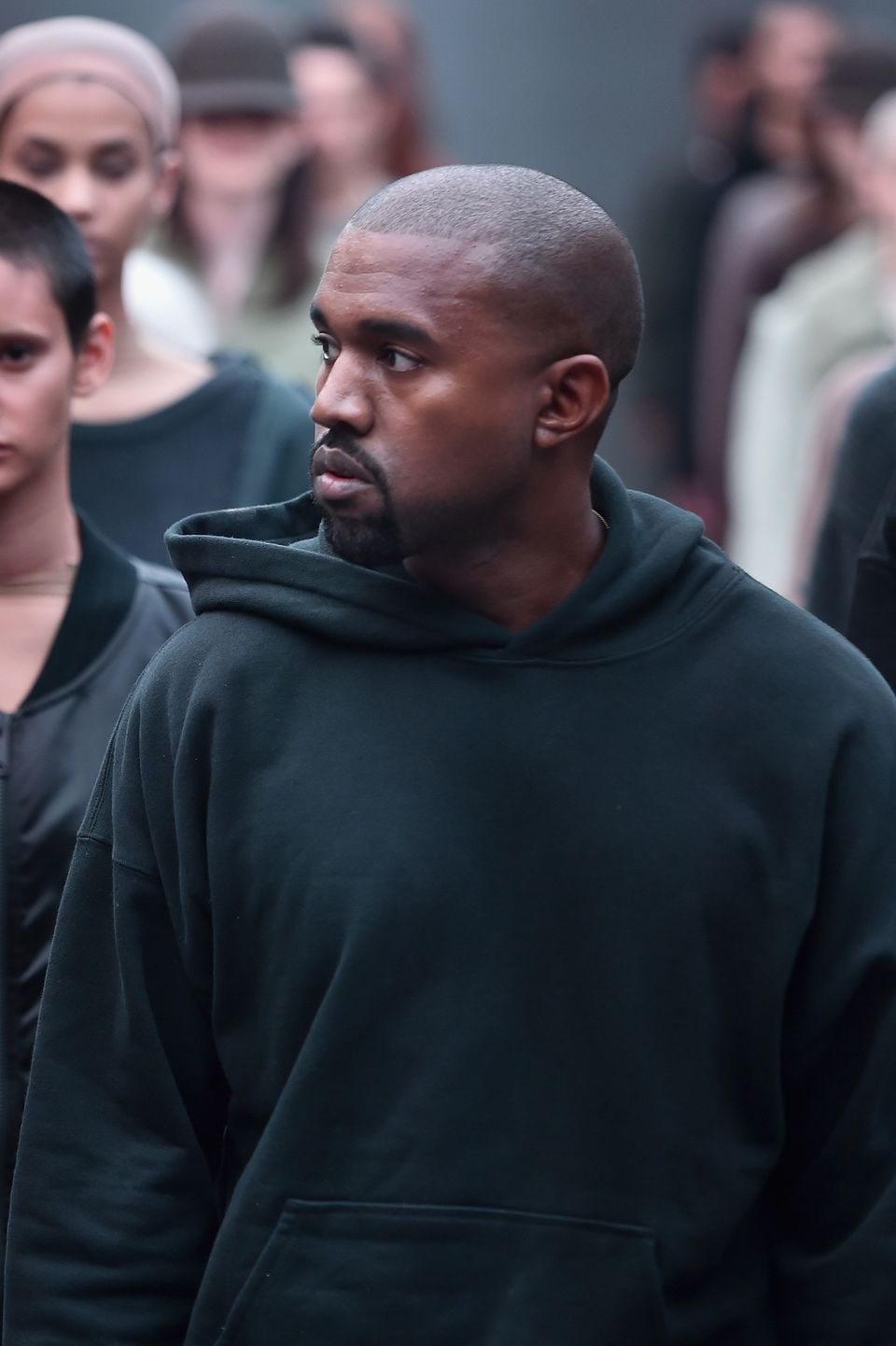