It's that time of year again -- everyone is chasing their kids around with hand sanitizer and Elderberry syrup. The runny noses and trails of Kleenex scattered around my house remind me of my son's first cold. He was ten months old when he broke his seal of perfect health.

I assumed that the breast-feeding, pureed veggies and good sleep would make my little one immune to all illness.

When I schlepped my congested patient into our pediatrician's office, she calmly explained that my son had to build up his immune system somehow, and that his inability to blow his nose would make the cold last longer. She was right. No matter how much I tried to siphon out the mass quantities of snot with the little-blue-bulb-sucker-thing (and no matter how many times he swatted the snot-sucker out of my hand) I could not speed that cold out of his system. It simply had to run its course. 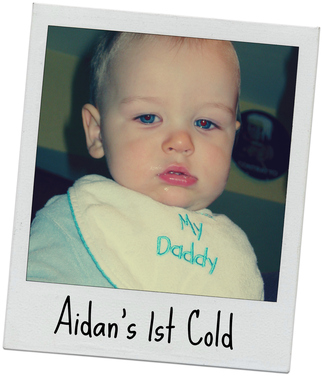 Thus began a virtual marathon of viruses, bugs and infections. By the time Aidan was four years old, he had produced enough snot to fill a swimming pool. "I've just accepted that this is the way it's going to be," my friend, Cheryl, often said in reference to her own children's sniffles. I too worked on acceptance, worked on believing that illness is actually the most direct path to health.

Aidan did not limit his resilience building to the common cold. By the time he entered Kindergarten, he had wedged a black bean up his nose, almost bitten right through his tongue, swallowed (and passed) a red plastic cherry from the Hi Ho Cherry-O board game, and somehow contracted a MRSA staph infection in his lymph gland (resulting in neck surgery and a scar that I'm pretty sure a future girlfriend will one day find appealing). Our little guy was not only strengthening his immune system, he was testing out his infrastructure, and simultaneously testing his parents' ability to roll with the punches.

None of these bumps and bruises prepared my husband and me for the health struggles that our second baby would encounter. Two weeks after Elliott was born, he was hospitalized and diagnosed with Posterior Urethral Valve, a congenital condition that affects the kidneys and bladder. Multiple hospitalizations and surgeries followed for our sweet little newborn and Aidan's snottiness and stomach bugs suddenly paled in comparison. My ER doctor friend, Janna, reassured me that Elliott's body had plenty of time to adapt and remodel. She was right. Elliott's body not only remodeled, it thrived. He developed into a healthy Christopher Robin-esque creature who currently towers over the other 1st graders in his classroom. 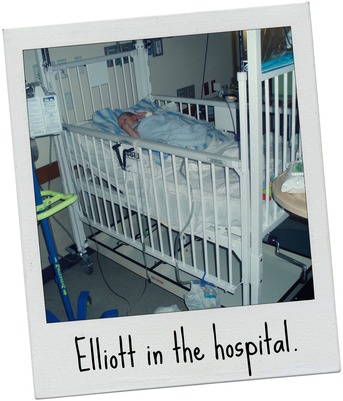 Despite my kids' ability to divide and conquer their own health issues, I still find myself chasing them around with a metaphorical bubble wand. It is now the emotional pain that brings out my Mama Bear tendencies. The nurturing caretaker in me wants to protect my boys from all disappointment and hurt feelings. But the therapist in me knows that they have to experience some pain in order to develop the grit they'll require later in life. So, I urge myself to sit back and let the squabbles, the bad school days and the crocodile tears work themselves out. In order to build up our kid's strength, we have to allow them to suffer a little. I'm not sure if this suffering is worse for the kids or the parents. But I do know that if I gently support my kids as they work through their sniffles and scuffles, we will all come out a little healthier and a little tougher in the end. 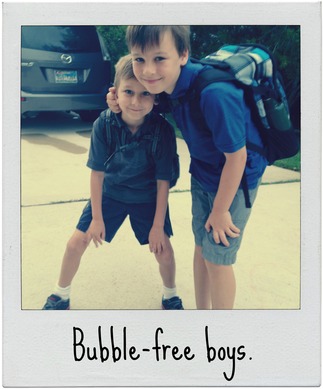 Kirsten Brunner, MA, LPC is a Licensed Professional Counselor and mother of two snotty-nosed boys in Austin, TX. She and her blog partner, Cheryl Sipkowski, MS, LPC, provide sanity-saving tips and workshops for expectant and new parents at Baby Proofed Parents. Follow BPP on Facebook or Twitter for real-time tips and humor to help you "bring sane to baby brain."