As far as I can remember, I didn't grow up with a foul mouth. As kids, my parents didn't really shield me or my brothers from bad words, but they certainly didn't duct tape us to chairs in the basement and make us watch George Carlin videos either. I guess we just understood that certain words were in poor taste and that we shouldn't use them.

My dad's been a bricklayer all his life. He's spent the better part of forty years on construction sites and I'd be willing to bet that he's heard it all. Those sites are a breeding ground for cutting-edge cursing. I remember going in to work with him once as a teenager, riding in his weathered Ford F150 work truck with the tool bin behind the cab and bench seat covered in dust, listening to Howard Stern... finally feeling like a man. He brought me with him so I could make a few extra bucks, carrying mud (concrete) back and forth, rolling up his plumb line and basically making sure that no bees flew into his open Coca-Cola can.

Along the scaffolding, there were a dozen other guys with trowels, jawing back and forth with each other. The conversations were really nothing more than a cluster of 'f*ck', 'sh*t' and 'a**hole' with a conjunction or preposition here or there connecting an occasional reference to a lady or a car. These guys made Stern and Dice look like altar boys. The point being, that I now realize it was a challenge for my old man to bite his tongue once he was settled in at home with his kids. 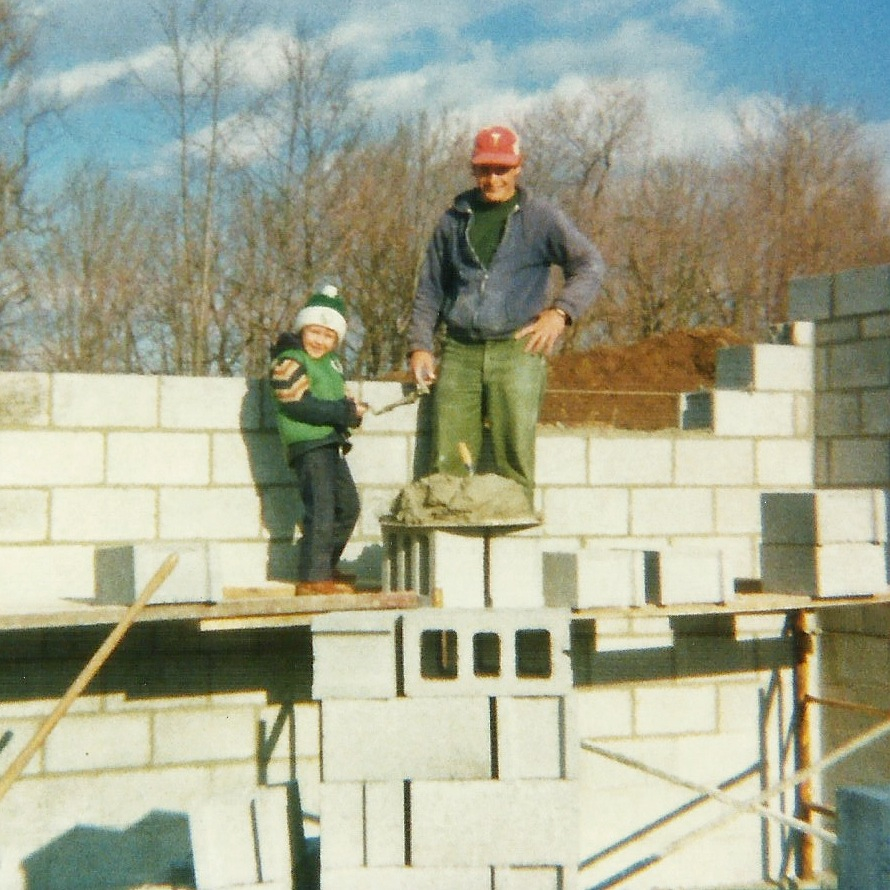 My mom only "hates" two things (aside from the word "hate") and it's foul language and guns. So as boys and men, we were basically screwed.

In retrospect, my dad was pretty decent at toning down the profanities while at home. I'm not saying he was perfect at it -- but who is? I mean, it was inevitable that he'd fire off a "Goddammit" or "sonofabitch" after I'd clobbered a rock with the mower blade just minutes after he finished hand sharpening it on a stone in the garage. And who wouldn't belt out a "who the f*ck is using the water!?" if we were upstairs flushing a deuce while he was in the shower downstairs after ten grueling hours of working outside in the sun. Could you blame him?

Years later, working on the creative side in entertainment, my wife and I both have pretty foul mouths. It seems to go hand in hand with the territory. It's become second nature to use curse words to emphasize an action or get a point across. SHE continues to work in that capacity today and occasionally comes through the front door, still on a call with someone, using words like jackass or dipshit while bending down to kiss and hug our kids. But THIS guy (Fonzie thumbs tilted back towards myself) is now at home all day with the kids... kids that are starting to or have already started mimicking everything I do.

I never thought it would be this tough to catch myself from using foul language. And much like my father and probably most fathers, I've had my moments. Did I lose my cool last fall after locking myself outside the house with two toddlers inside and then scream "f*ck" through the neighborhood after having to punch a hole in the front window to get back in? YEP. Did I let a "motherf*cker" slip when Ava was going through a phase where she whipped her head back hard enough to fracture my nose and blacken my eye? I DID. 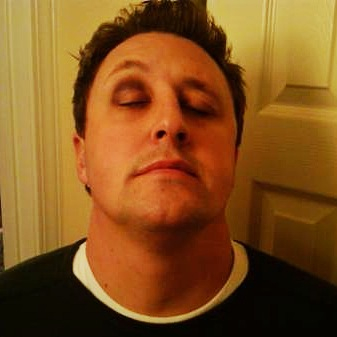 And did I sing a "holy sh***t" after scraping my jewels on the top of the baby gate after jumping over it instead of taking five seconds to open it? YOU BETCHA.

I guess what I'm saying is, I've got to try harder. Maybe I need to call dad and see how he managed to do it? And these thoughts I'm having aren't unfounded. They aren't preemptive whispers in my head that have been nurtured or pleaded over for several months. All it took was one moment last week.

My 3-year-old daughter Ava (such an innocent name for a delicate flower of a girl) accidentally snapped a crayon while coloring, threw it against the wall, punched the sofa and delivered an... "oh, f*ck" to the rest of the living room.

Ahhhh... hold up a minute. Not cool. What am I doing here? She learned that from me (or her mom, who I'm normally comfortable throwing under the bus, but for purposes of this article let's say me). I've got to be more conscious about my language. I've got to make some changes. But how? How do I manage my anger in those brief moments of physical agony or frustration? Cursing has always been an amazing tool to ease the pain after slamming my finger in the car door or getting poop on my finger while changing a diaper.

Am I forced to become one of those parents who makes up words like "motherfudger" or "swizzlesticks" and disguises them as a sneeze while releasing them into the night? Or do I just hold it in and silently cry on the inside, manifesting years of pent-up rage and converting it into an early heart attack?

The swear jar is doing nothing but collecting beer money, and self-restraint is often a joke...

Am I the only one sucking on a bar of soap at the end of the day?

This post originally appeared on the "Good Men Project" and Adrian's blog "Dad or Alive" -- his first book with Penguin Publishing debuts May 7th and you can pre-order it now.