Here's a crazy idea. First, you find an ancient Chinese philosophical text--let's say the most influential book in China's entire cultural tradition (and also pretty damned important in Korea, Japan, Vietnam and Tibet). Then you put it in the hands of some eighteenth century Jesuit missionaries in China who think it is a corrupted version of the Bible. After that, you go looking for a second group of Jesuits who hate the first group, even though they all call each other "brother," and convince them to translate the book into Latin. Now Latin, as we all know, is a dead language and of no use to anyone (keep those cards and letters coming!), so you find additional people to translate the book into dozens of other languages, including English. What happens next? Well, suppose a counter-cultural movement develops in Europe and the Americas during the 1960s. Wouldn't it be great if you had an exotic Asian text that you could embrace in order to show your disdain for conventional middle-class values and frozen TV dinners? And wouldn't it be especially nice if you could use that text to tell fortunes, write poems, produce novels, compose music, choreograph dances, and create art? Boom! That's exactly what has happened to the I Ching (also spelled Yijing), or Classic of Changes (also known as the Book of Changes).

The I Ching emerged in China as a fortune-telling manual at least three thousand years ago. It began, so the story goes, with eight three-lined symbols called trigrams, which represented all of the fundamental phenomena in the universe. You can see four of the eight--representing Heaven, Earth, Fire and Water--on the South Korean national flag. When doubled, the eight trigrams became sixty-four six-lined hexagrams (you do the math). This doubling process produced trigram relationships, such as Fire in the Lake, the symbolic elements of the hexagram for "Revolution" (and also the title of a famous book on the Vietnam War).

The theory of the I Ching is that the sixty-four hexagrams represent the basic circumstances of change in the cosmos, and by consulting the document reverently (this means burning incense, if you're really serious about it), a person can select a hexagram or hexagrams that will provide guidance for the present and the future. The hexagram names, all of which indicate their symbolic significance, include ideas such as "Juvenile Ignorance," "Waiting," "Contention," "Closeness," "Peace," "Obstruction," "Radical Change," "Fellowship," "Modesty," "Observation," Elegance," "Compliance" and "Joy." Several hexagrams have strong sexual connotations; this should come as a surprise to no one.

Over time, not only in China but also in other parts of East Asia, and eventually the West, the symbolism of the I Ching, explained by thousands of Confucian, Taoist, and Buddhist commentaries (as well as a few Jewish, Christian and Islamic ones), provoked an avalanche of creative work in realms such as philosophy, religion, art, literature, science, technology and medicine. Its symbols even inspired the theory behind fengshui. In short, the Classic of Changes became, in the words of a Chinese commentator, "a mirror of the mind." To see exactly how and why all this happened, check out my new book, The I Ching: A Biography [Princeton University Press, $24.96].

In the meantime, let's look at a few snapshots of famous people in the West who used the I Ching for creative inspiration.

PHOTO GALLERY
I Ching
Download
Calling all HuffPost superfans!
Sign up for membership to become a founding member and help shape HuffPost's next chapter
Join HuffPost

I Ching: The Religion That Inspired 7 Great Thinkers
I Ching 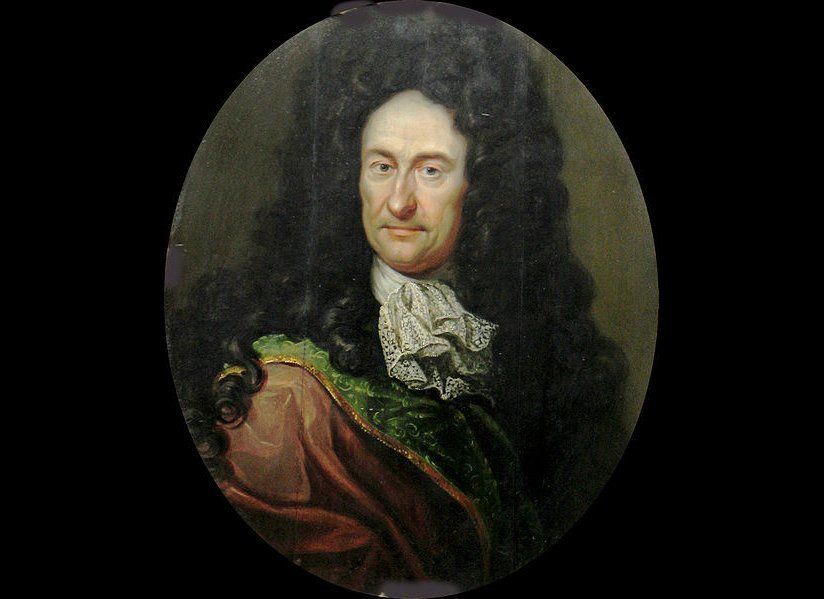 1 / 7
Gottfried Wilhelm Leibniz (1646-1716)
Gottfried Wilhelm Leibniz was one of the greatest minds of his time. This did not, of course, prevent him from being ridiculed by Voltaire in Candide, and for good reason (let's face it, the idea that "God always acts for the best" and that we live in "the best of all possible worlds" is utter nonsense). But the binary theory invented by Leibniz made possible the computer, for which most of us are extremely grateful. And do you know the person Leibniz credits with anticipating his remarkable theory? No, not Isaac Newton; Leibniz would not have admitted this even if it were true. It's the legendary Chinese sage hero Fuxi (traditional dates: 2852-2737 BCE), inventor of the eight trigrams and thus the I Ching. And how did Leibniz learn about Fuxi? From a Jesuit missionary named Joachim Bouvet (1656-1730), who believed that the <em>I Ching</em> was a distorted version of the Bible. Bouvet thought that Fuxi was Enoch, the biblical patriarch who reportedly took a stroll with God before disappearing from the earth (Genesis 5:24). Bouvet, who also detected close parallels between the I Ching and the Jewish mystical writings known as Kabbala, identified Fuxi/Enoch as Zoroaster and Hermes Trismegistus, thus executing a nice hat trick in comparative mythology.
Wikimedia