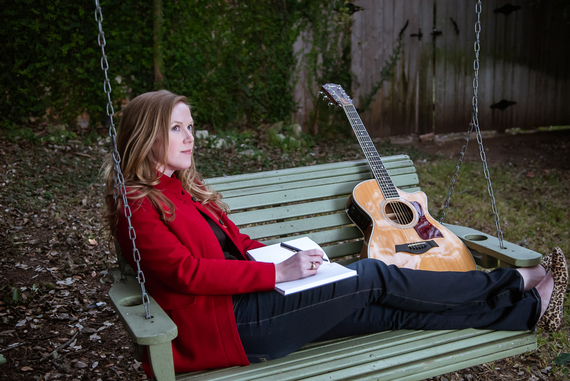 "I could have been that girl," author and friend June Alexander wrote to me regarding the recent news coverage about a woman in her twenties who was allowed to choose physician-assisted suicide for what the Dutch Euthanasia Commission deemed 'incurable' posttraumatic stress disorder, PTSD. Tragically, like June, this woman had been sexually abused as a child. And, also like June, she had developed anorexia nervosa, depression, and PTSD.

I, too, have battled anorexia, depression, and PTSD. While my eating disorder recovery is well documented in several books, my PTSD and its accompanying depression, which developed as a result of being raped in my late twenties, are lesser known. I haven't written about this experience until now, because, for so long, I didn't even know I suffered from trauma, nor PTSD. Later, in the midst of my struggle to get better, I too, believed the treacherous illness to be incurable. At one point, I had tried over fifteen medications without progress. Further, before I found appropriate care, therapy didn't seem to be helping either. I didn't want to speak out about the illness until I had at least some hope that the devastating symptoms, including flashbacks, nightmares, and plain and simply, utter despair, could actually improve.

I am sharing this today because I now know, after lots of falling down and getting back up again, that PTSD is not a life-sentence.

To be clear, I am writing this article for the purpose of providing hope to those who still suffer--not to criticize a young woman's decision to die. I understand her decision and might have taken that route myself had it been available. June, too, experienced many low times when she wanted to take her own life. Sometimes, the psychiatric pain of my PTSD was so unbearable that, at night, I'd pray to God to 'please just let me die' while sleeping. I begged Him to give my shot at life to someone out there who was dying of cancer or another life-threatening illness--to someone who actually wanted to live. I could take that person's place in death. Today, I am grateful that, in those moments, I could bargain only with God--not physicians in the Netherlands.

The April issue of JAMA Psychiatry reports the conditions of sixty-six psychiatric patients who opted for euthanasia in the Netherlands between 2011 and 2014. Of these, thirteen suffered from posttraumatic stress, forty-one with depression, and four from an eating disorder. Other disorders were reported as well, and many individuals battled multiple conditions. According to JAMA Psychiatry, the Dutch Euthanasia and Physician-Assisted Suicide Due Criteria state that a patient's decision to die must be "well-considered," or competent.

While suffering with PTSD and its crippling depression, I know for a fact that I couldn't think clearly enough to make a well-considered decision about assisted suicide. Leading PTSD and eating disorders expert Tim Brewerton, MD, who is also a mentor to June and me, says, "One of the clinical features of PTSD is a sense of a foreshortened future, a kind of pessimistic outlook that danger is inevitable and inescapable. In other words, people with PTSD often have the perception of impending doom, that disaster is unavoidably just around the corner. In my view, this impairs a person's ability to make a fully rational decision about ending their own life."

PTSD is an invisible monster that disguises reality. Sucked into what I learned to call the trauma vortex, I often couldn't distinguish between what was real and what wasn't. I thought I was going crazy. PTSD told me over and over again, "You're not safe. You never will be. Being dead would be better than living one more day like this."

The message from my illness was clear: give up.

"From a clinical perspective," Dr. Brewerton says, "I do not believe in ever giving up on an individual's potential for recovery. In fact, I think it is the duty of a doctor or therapist to instill hope of improvement, particularly in a young person. One very important lesson that I have learned over the years is that I can never predict who will improve and who will not. I have been proven wrong too many times, and we cannot see the future. It is better to be present in the moment with patients and to do one's best to help them sit with their discomfort and move forward in all ways possible."

Dr. Brewerton, June, and I have joined forces in our advocacy work, recently presenting together at the International Conference on Eating Disorders in San Francisco. There, June and I had the opportunity to discuss our recovery journeys that, with treatment, ultimately ended in a liberating freedom we never imagined possible. Dr. Brewerton backed up our stories with solid research and clinical expertise. He says, "Eating disorders, PTSD and related conditions are highly treatable, even when they co-occur, which is common. Treatment approaches for these conditions overlap, and include such modalities as cognitive behavioral therapy (CBT), dialectical behavior therapy (DBT), and psychopharmacologic strategies. Healing is possible. It's hard work but worth it, even when the patient, at times, doesn't think so."

I woke up this morning to an email from June: "I have been unable to get that girl out of my mind...thinking how she could be doing advocacy work and writing books right now, like you and me...except she missed out on seeing the right people at the critical time, and so she is dead."

"One death is one too many," June writes in her recent blog post. She goes on to say that she is glad she never quit fighting.

If you are suffering from posttraumatic stress disorder, June, Dr. Brewerton, and I urge you to never give up. Know that feelings of hopelessness are just part of the illness. In cancer, cells divide uncontrollably; with mental illness, hopelessness takes over. Many of us begin to believe that we are too far gone to ever be helped.

But, like Dr. Brewerton says, mental illness, including PTSD, is treatable. A good first step in healing from posttraumatic stress disorder is to pursue evidence-based treatments, which are backed by rigorous scientific research. In my recovery, prolonged exposure therapy (PE) was key. Eye movement desensitization and reprocessing (EMDR), another evidence-based approach, was also helpful. Yet a third evidence-based therapeutic approach for PTSD is cognitive processing therapy. In the United States, clinicians familiar with these treatments can be found through the Anxiety and Depression Association of America's website. This resource is actually how I connected with the first therapist who truly understood PTSD and what I needed to do in order to get better. In June's home country of Australia, to get help, she recommends, besides talking with your local general practitioner, connecting with beyondblue Support Service and SANE Australia.

Similar to my eating disorder recovery, healing from PTSD was like a jigsaw puzzle that, for me, took years to put together. Importantly, with appropriate treatment, many people find relief more quickly than I did. Along my recovery journey, in addition to PE, EMDR, and medication (a psychiatrist finally guided me to the right one), I utilized approaches like yoga, mindfulness, DBT, acceptance and commitment therapy (ACT), and somatic experiencing (SE).

Today, June and I are deeply grateful that the professionals helping us, as well as our loved ones, held onto hope when we lost it for ourselves. Her psychiatrist worked with her for over thirty years.

The fact that we experienced trauma will never go way, but the PTSD, itself, has faded. Throughout the healing process, we have been able to give new meaning to our traumas. We have transcended what happened to us and found ourselves much stronger and more able to appreciate the beauty of life after the battle. We share our stories today to let others know that out of unbearable pain and suffering, an authentic, enriching and meaningful life can emerge. Hope is never really lost.

Find Jenni's and June's picture on Twitter using the hashtag #FacesofPTSD. Women are Posting Pictures to Challenge a Stereotype about PTSD.

I am an author, speaker, and singer who loves living in Austin, TX!