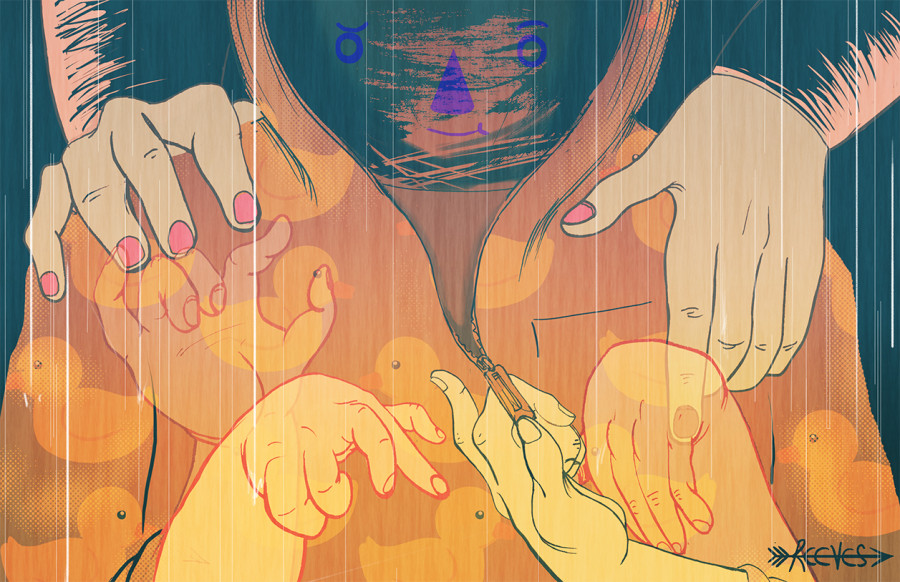 I cry for my son. Not always, of course, but enough.

I first cried for my son just hours after his birth when he quit breathing, the cause of which was unknown until doctors ran a battery of tests and discovered he had suffered a stroke in utero that was causing seizure-induced apnea. When we learned his diagnosis, I again cried, partially from the relief that comes with finally getting a diagnosis and partially from the fear of the unknown. Since then, I have often cried for him.

I cried for my son when the neurologist told us that he would never be able to properly use his right hand, arm, leg, and foot; that he would possibly have learning disabilities; that he may suffer from epilepsy his entire life; that he may have trouble speaking; that everyday tasks would be difficult for him. Life is hard enough as it is without added obstacles.

I cried for my son the first time we tried and failed to administer the medication he needed to control his seizures and, in turn, his ability to breathe, after bringing him home from the NICU. We weren't sure how much he had ingested, so we couldn't give him another dose. And we weren't sure if what he had ingested would be enough to keep his body from ceasing to breathe on its own.

I cried for my son when he was late in meeting his first milestones -- rolling over, sitting on his own, crawling, walking, talking, using the potty. Things most parents take for granted as regular parts of growing up. Things we knew weren't guaranteed for our son, but hoped and prayed would be a part of his growing up anyway.

I cried for my son when he did reach these first milestones on his own terms and in his own time. A miraculous feeling indeed.

I cry for my son when his tiny, 4-year-old brain gets frustrated with his body's limitations -- when I hear him exclaim, "You bad, hand!" or "It's not work!" or "I can't; it's too hard!" in response to his right hand's refusal to do what he so desperately wants and needs it to.

I cry for my son when it is obvious at his preschool gatherings and events that he is developmentally well behind his peers.

I cry for my son when I think about how much of his life is consumed by therapy and doctor appointments, time that most children spend relaxing and playing.

I cry for my son when I watch him try and fail to pull his pants down to use the restroom or get dressed in the morning or unzip his coat or put his own shoes on or scoop his own food onto a fork despite his protestations that "I do it myself!"

I cry for my son when I think about the moment he realizes he is different. I pray he won't feel inferior because of it. I pray the world won't make him feel this way, either.

I cry for my son when I see or hear about the successes and difficulties of kids who have also suffered a stroke or who also have hemiplegic cerebral palsy. I see my son in every picture or video of them I encounter and imagine him in every situation of theirs I learn about.

I cry for my son when I see parents mistreating their children and taking for granted that everything is and will be OK in their world.

I cry for my son when I sneak in his room at night and watch him sleep, marveling at all he has courageously accomplished as well as all he has yet to face.

I cry for my son when I think about how lucky he is to have been blessed with a positive outlook, an unmatchable sense of humor, and an award-winning smile.

I cry for my son when I think of how lucky we are to have been blessed with him.

I cry for my son. Not always, of course, but enough.