Give David Durham points for honesty.

The 40-year-old Florida man was sporting a telling T-shirt when he was arrested Thursday in connection with a series of vehicle burglaries in Naples.

It read: "Warning: I Do Dumb Things," according to the Florida Sun-Sentinel.

Deputies said one surveillance video shows Durham breaking into a car after smashing the window, while another shows him walking around a parking lot and attempting to open car doors, according to the Naples Herald.

Durham was collared on charges of grand theft, burglary, and criminal mischief.

Authorities said Durham admitted to committing the crimes at the time of his arrest, NBC-2.com reports.

Coincidentally, Durham isn't the first person to be arrested in the "Warning: I Do Dumb Things" T-shirt.

In February, Luciano Gutierrez, 66, was wearing the shirt when officials in Bell County, Texas, arrested him on his ninth drunk driving charge. 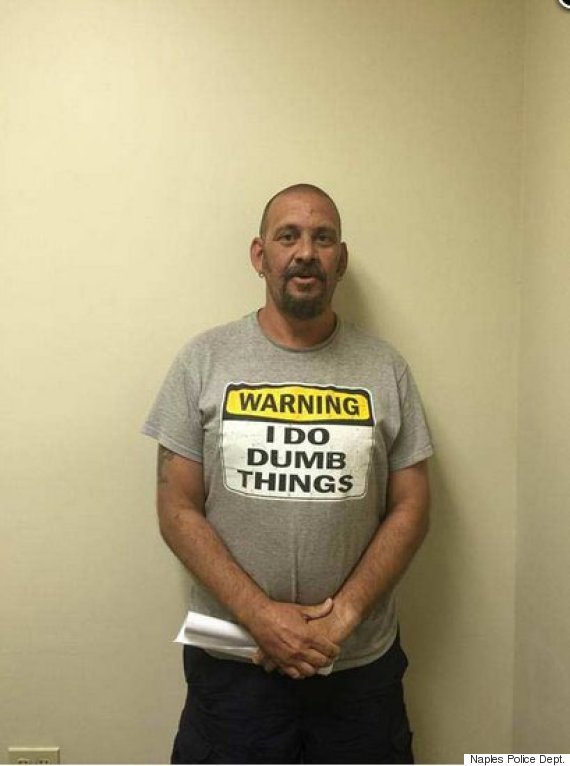