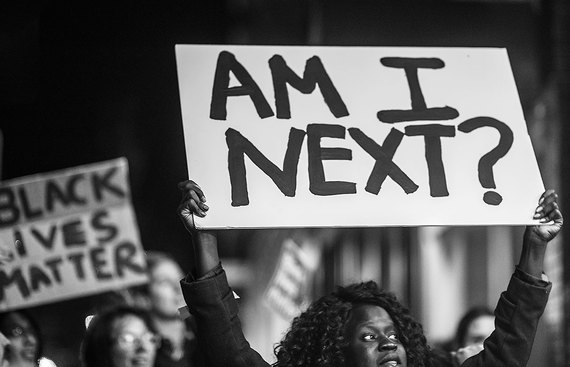 Whenever a person of color is killed by a police officer in this country like Alton Sterling and Philando Castile were, my Twitter timeline erupts in protest and I am forced to contemplate my own relationship with the police. For the most part, I would estimate 90 percent, I am a law abiding citizen. I have always paid my taxes, contributed to society through my work and volunteerism, completed both college and graduate school and have generally tried to live up to the standard (if there is one) of the ideal American. However, through a number of interactions with police officers in various states across the country, I have come to learn that the police do not see me as anything more than a potential suspect in a crime. The color of my skin means to them that I am likely a criminal and in need of police supervision. Because of this I do not feel safe around police officers.

I did not create this adversarial relationship with the police. In most cases I have no reason to be worried about my behavior. Regardless, police officers stop me, harass me and generally make me feel like I am a second class citizen in my own country. My White friends have a completely different relationship with the police. Police officers are generally kind to them, do not pull them over and do not see them as a potential criminal. We are living in two different worlds.

When people of color are murdered by police we are forced to deal with the possibility that one of us could be next. Every interaction you have with a police officer could be your last moment on Earth. We realize that we must be the deescalating member of the interaction because we can not rely on the police to ensure that we are safe. When I have to interact with police I am very careful- careful about what words I use, careful to obey every order and careful to not seem like I am engaged in criminal activity. I am sure that many people of color can relate.

Even though I live with the reality of an adversarial relationship with the police, I realize that there are many good police officers. And, if you are a good police officer and care about the reputation of your profession you should be very angry about the presence on your force of bad cops. We should all want to eradicate our police forces of bad cops. Only the best should apply to be and become police officers. The job is too important. We need good police officers to protect and serve the communities in which we live. We do not need bad cops racially profiling, harassing and murdering citizens. We understand now that police officers manage to deescalate, disarm and arrest White people everyday without murdering them. When will the same opportunity to live be offered to people of color?

We have learned that body cameras on police officers are not sufficient to prevent senseless murders. In Alton Sterling's case the police officers claimed that their body cameras fell off. And, we have seen other cases where body cameras have not slowed the actions of bad cops. We must do more to fully prepare our police officers to properly fulfill their duties. We need more and better training, we need community policing where officers are fully engaged with their communities and we need a clearer understanding of the role police play in society. They are not judge, jury and executioner. Citizens must be afforded due process.

In both the Alton Sterling case and the Philando Castile case we know that the men who died were carrying guns in open carry states. Another lesson learned- open carry laws were not meant to protect the rights of people of color. It seems that around every bend we are learning that the law is applied differently depending on the race of the person in question. And, while the NRA does not feel compelled to speak up and defend either Alton or Philando's right to carry a firearm, I can not be silent. Neither of those men were afforded due process. Neither of those men deserved to die. Neither of those men were treated like their lives mattered.

That is the importance of the Black Lives Matter movement. All lives can not matter unless Black lives matter too. And, it is clear in this country that to a lot of people Black lives do not matter. We are told in response to our protests that police are really the ones under siege and that they, and not people of color, are in need of protection. That could not be further from the truth. It has never been safer to be a police officer in this country. Police are not under siege. That is an attempt to distract us from what is really going on- the senseless murder of our fellow citizens at the hands of the state.