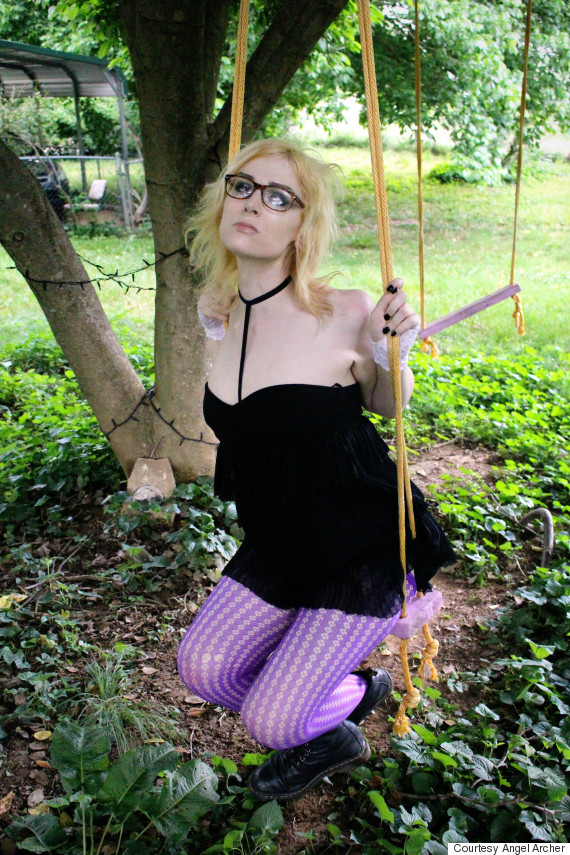 I entered the sex industry because I lacked access to health care.

For transsexuals, this often has another dimension. These procedures can provide a degree of relief from gender or sex dysphoria, which, according to the American Psychiatric Association, includes "strong desires to be treated as the other gender or to be rid of one's sex characteristics." The APA further recognizes that some individuals with dysphoria "can benefit greatly from medical and surgical gender transition treatments."

However, many insurance providers do not cover hormonal and/or surgical intervention, viewing them as cosmetic and not medically necessary. Others are selective about which types of surgical procedures they cover. Without insurance coverage, a comprehensive set of feminizing surgeries can cost over $70,000.

"Many insurance providers do not cover hormonal and/or surgical intervention, viewing them as cosmetic and not medically necessary."

Given the high medical costs and employment discrimination against trans people, many -- especially people of color, and especially trans women -- end up working in the sex industry. For a trans person who is rejected by their family, bullied out of school, and can't find stable housing or work, it can be the only option.

Plus, many escorts can charge hundreds of dollars, in cash, for an hour long session. Even if they only have 4 or 5 clients a month, they might make more than if they worked full-time at the federal minimum wage. According to the National LGBTQ Task Force, 11 percent of trans people have worked in the sex industry, compared to 1 percent of women who are not trans. For Black and Latina trans people, the numbers are 47 percent and 29 percent, respectively.

When I began doing sex work, I was uninsured. I had a service industry job that paid a little over minimum wage, the first job I was able to get in years. I had been unable to apply for work for a while; I had lost my identifying documents on account of being homeless. Once I finally had identification and a relatively stable place to stay, I applied to every entry level job I could find. I got called in for interviews occasionally, but it took nearly a year before anyone hired me. I had access to hormones via my primary care provider, a sliding scale LGBT clinic, but my sex dysphoria was intense. Just waking up and looking in the mirror each day was agonizing.

Taking hormones stopped my skin from crawling, but any time I became conscious of my face or body I would grow ashamed, dejected, and angry with myself. I wished I could avoid being seen by anyone -- but I had to go to my low-paying job every day.

"I wished I could avoid being seen by anyone -- but I had to go to my low-paying job every day."

I would have been eligible for insurance through my work if I had stayed there a little longer, but even then, their policy did not appear to cover any of the surgical procedures that would have made my dysphoria more bearable. And I knew I would never be able to afford these procedures out of pocket on my wage. I knew that if I were to ever have any hope of being able to afford the treatments, I would have to start selling sex.

"I knew I would never be able to afford these procedures out of pocket on my wage."

The narrative of a person entering the underground economy to afford medical expenses has a kind of tragic romance a la Breaking Bad, illuminating the human cost of market failure in the nation with the highest nominal GDP. Nearly every trans person I have known in the sex industry has this story: in exchange for sex, they attempt to get men to fund medical procedures that chip away at dysphoria. (Incidentally, this also increases the market value of labor in the sex industry.)
For the most part, my health care providers have been understanding about my work. I never felt like they were judging me or thought what I did was unusual at all. This is probably because at sliding scale LGBT clinics, trans sex workers are commonplace. In fact, I felt like I fit into the expected social pattern at clinics like this. Some clinics seem like they are only interested in my hormone levels and sexual health -- making me anxious that relying on them could lead to a major medical issue going unnoticed.

Though I have never had any problems with my health care providers being unhelpful or unsympathetic, lapses in insurance have put me at risk. When my doctor prescribed me Truvada for PrEP, an HIV prevention medication prescribed to people at high risk of contracting HIV, I was unable to afford the prescription when my insurance lapsed. My clinic helped me apply for reduced cost Truvada from the drug manufacturer, but it took such a long time for the application to go through that I managed to get my insurance active again beforehand.

Fortunately, I did not contract HIV during my lapse in insurance, but I feel it is a moral failure on the part of society to withhold HIV prevention methods from people at risk.

If the health care system were willing to pay for the treatments for my dysphoria, I would have never needed to become a sex worker in the first place. I would have been happy to keep a minimum wage service job. And if I had consistent coverage -- and if I were able to choose a primary care physician anywhere that neither stigmatized me nor denied treatment-- my quality of life would improve beyond measure.