Monday was the first day of kindergarten for my 5-year-old, and the thrill of excitement was matched only by the autumn chill in the air. Kids of all ages, many with backpacks larger than their small bodies, swarmed outside the school, buzzing with anticipation. I watched proudly as Nicholas clasped hands with friends from pre-school, grateful that he already knew a few familiar faces.

Eventually, we were pointed down the hall to a classroom and a row of cheery lockers. Photos of the kids' sweet faces, each placed above their carefully printed name on the locker, beamed out at us. As they filed into class, their shy smiles turned into delighted squeals when they saw the colorful, veritable gallery of learning that would be their home for the next ten months.

Nicholas took his place at his big boy desk that already had a new pencil box. His cowlick refused to be tamed even for the big day, and I made one last effort to tamp it down before saying goodbye. There was a picture to color that said "Welcome to Kindergarten!" and he pulled out his crayons. He was ready to go.

I felt the tears coming and hurried outside, where other parents huddled, as if for a post-game pep talk. Those who had survived this day with their older children reassured us it would get easier. I nodded, wiping back tears. I tried to remember the past nights when I'd lain in bed thinking how good it would be for us all to get back to our school and work routines after a summer of long, languid days.

But what crept up on me instead, what I hadn't been prepared for, was how unmoored I would feel during the day. Nicholas had gone to pre-school before for long stretches of time. Kindergarten, I told myself, was hardly different. Except it was. It is.

Now I have to wake him, when his little boy body still seems to crave sleep, to ensure we arrive at school no later than 8:15. Now I need to remember to check his kindergarten tube, the slick container that carries all his school work and parent/teacher correspondence, to make sure it has been emptied and refilled with the necessary forms. These are small things. But I also find myself wondering what he's doing during the day, wanting to hang out with him for a while in class, as I did at pre-school drop-offs and pick-ups.

When I talked to my husband, away for the week at work, he asked how it was going.

"I don't know. It just is." I struggled to put into words the tangle of emotions I'd been feeling. "Nicholas seems so grown-up. I used to know what he was doing every minute of the day. I have a hard time imaging it now."

"You can't go to school with him. You know that, right?"

"He seems fine. Happy. He says his teacher is 'super nice."

But I still felt uneasy.

Already, in small ways, I can see our little boy changing. On Monday after school, he announced out of the blue: "Mom, it's OK to lose." A good mantra that we'd said in our house in other ways, but he sounded so grown-up now. I nodded seriously and said, "That's right."

Then he told me he wanted to play "the Wolf game." After some explanation, I came to understand that it is not so different from "Red Rover, Red Rover" of my youth. We stood at opposite ends of the yard, with him shouting: "Mr. Wolf, Mr. Wolf, what time is it?" And me replying: "It's three o'clock" (or some such). He then took the appropriate number of steps forward (three) until he got close to me, at which point I was supposed to yell out, "It's suppertime!" and try to tag him. I'm still not sure I got it quite right, but we had fun anyway, playing until the mosquitoes started to bite.

He's learning new things, I thought. This is good.

When we sat down to supper, I drilled him for more information on his day.

"I think outside time and rest time are my favorites," he offered.

I tried to get a sense for the order of the day. "We did some writing," he said between bites. "But not so much." I took that as a good sign. He was practicing writing but not so much that he didn't like it.

"Did you read any stories?" I asked.

"What were they about?"

"I don't really remember." He took another bite of pasta.

"Did you make some new friends?"

I threw out some candidates whom I'd met that morning, and he settled on one. More pasta.

I hadn't wanted to pay a ridiculous sum of money for a Batman backpack, so I'd waited to order it online until it went on sale. The result was it wouldn't be here for a few more days. Yes, I'd done this knowingly, forcing my son to carry an old, ratty backpack to school for the first few days when we all know that new backpacks are the signature of cool, the secret pass-key to the kindergarten club.

"Like Tuesday?" The hopeful look in his eyes slew me with guilt.

When I picked him up on Tuesday, I still didn't have the backpack, but he seemed surprisingly all right with it. We headed to the grocery store to buy some "healthy" snacks for school. No one wants to be labeled the "unhealthy snack mom" so early in the year. Especially not when I'd already dropped the ball on the backpack. Maybe in November, I'll feel differently.

As we walked into the store, I picked him up and squeezed him tight, giving him kisses.

I know plenty of parenting books advise against saying this very thing to our kids; we're not supposed to make them feel guilty that we spent the day missing them. But it came out. It was the truth.

"And I was missing you, mommy," he said and squeezed back.

And there it was. Maybe that's what we needed to say to each other all along to ease the way to this new chapter in our lives. We'd both been trying so hard to play it cool, that we'd almost forgotten to tell each other how we were really feeling.

Later that night, he asked me, "Wouldn't it be funny if you gave me a million, three hundred, a thousand and two kisses?" We still need to work on our counting, but I caught his drift. He was missing our connection, too.

"That would take a long, long time," I said. "I better start now." And he giggled as I leaned over to kiss his sweet cheek, one million, three hundred, and a thousand and two times. 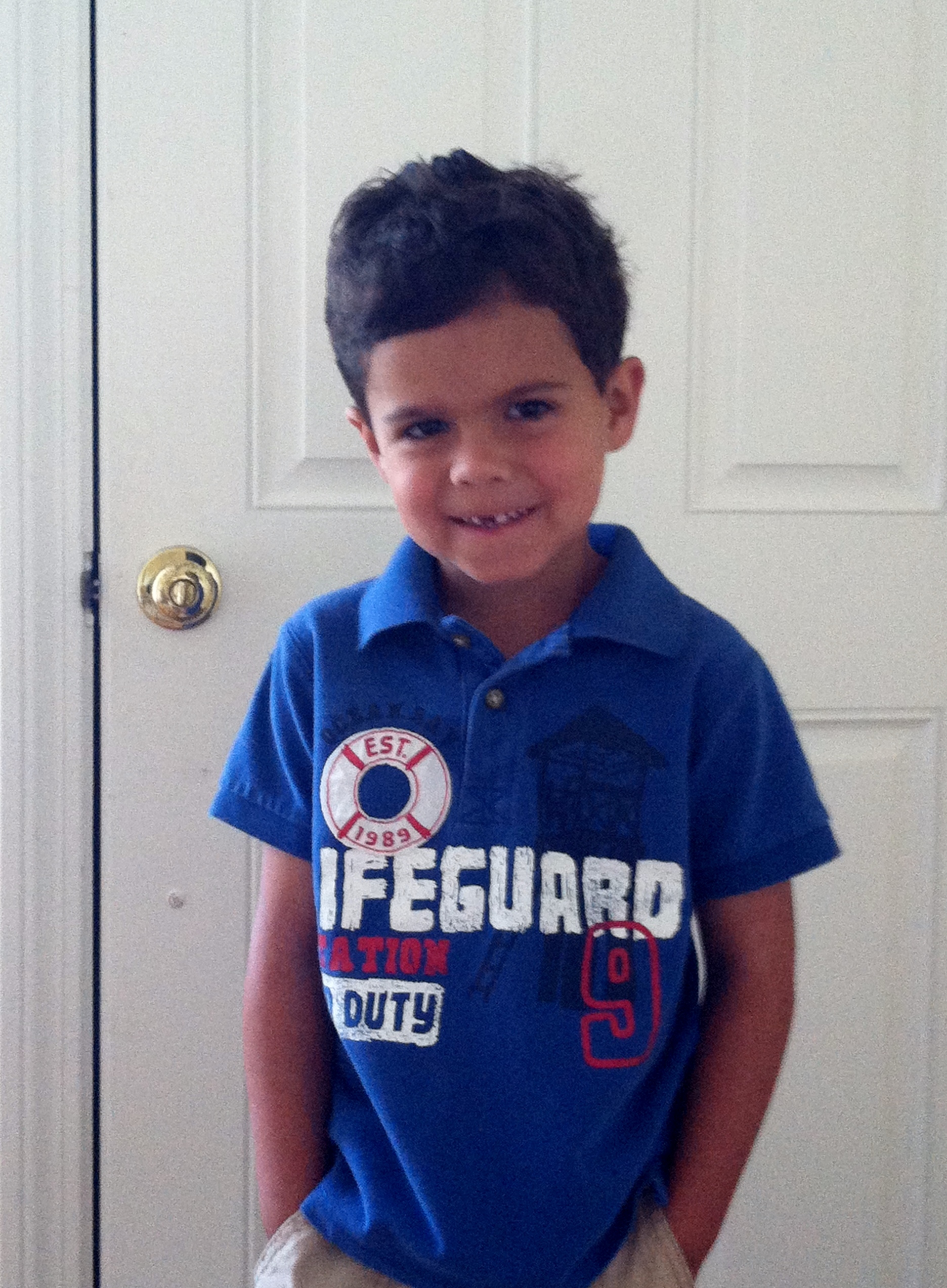