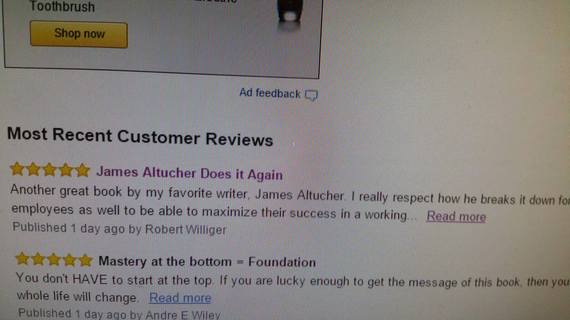 But I'm done. At least with this arc. I know when I was at my worst moments, I focused on improving four things in my life.

Whenever I worried, or woke up anxious, or woke up filled with so much regret and shame, I would just ask myself: are these thoughts contributing to me improving one percent in these specific four areas of my life?

Mental Health: Being creative every day. Writing down 10 ideas a day.

Spiritual Health: Finding the craziest things to be grateful for.

If it didn't fall under those categories, I didn't do it or think it.

I hoped. Because sometimes you get so anxious and afraid and ashamed that it's like someone punches you in the throat and you can't breathe.

It's hard in a crisis. And it's hard when things are going well.

And even somewhere in the middle, it's hard not to think, "What's one percent anyway? That does nothing!"

But I know my life has changed completely every six months, in ways there was NO WAY I could've predicted, since I started doing this. Since I got honest with myself.

I don't care about being honest with others. If I'm honest with myself, then the rest follows. Then I know what to do.

And I just released the final book in this "series", "The Rich Employee".

The idea being that choosing yourself, and the power of change and reinvention that emerges with it, comes from within. It doesn't (although it might) mean be an entrepreneur.

Nor does it mean, put up with a bad boss. Or think positive. Or visualize and attract.

None of those things matter. That's self-help BS. It's invisible people preaching. The many ghosts we put on the bookshelf.

All that matters (to me) every day is one percent growth in physical, emotional, mental, and spiritual health.

To others, maybe different things matter. I can't say or judge.

All of the books together have sold almost 500,000 copies. I self-published each one and in the books I show people how.

After "The Rich Employee" I'm going to write more books (in the middle of two right now) but that one really wraps it up in terms of "what happened to me at the bottom" and what I did about it.

Everyone has different things they suffer from. Everyone is at a different point in their journey.

The hardest part about these journeys is when there is a fork in the road and we have to decide which way to go. Sometimes the choices don't seem very pleasant.

These books, for me, are about how to make that decision. Which fork to take.

Many days are a horror film. Where at some point in the day we are held hostage by our deepest fears and insecurities with damnation as a possibility. I shouldn't say "we". I say "me".

Because these books help me. I wrote them because I needed to read them. And, no bullshit, I re-read them every day.

Recommended Post: How To Be The Luckiest Guy On The Planet

James Altucher Show: John McAfee- The Most Interesting Man in the Universe

How do you summarize a highly colorful life of an inventor, billionaire and philanthropist?

Ask Altucher: How to Become a Master at Networking