I don't want my daughters to be popular at school. And here is why.

It is something I have been debating internally for years now, even before I became a teacher or had kids of my own. I used to daydream and wonder, if I had kids, what would their personalities be like? Would they be outgoing and confident or introverted and independent? What would their social lives be like? Would they be active with loads of friends or intimate, with a handful of close allies? Now that I have two girls of my own, I have already begun to surmise about their social futures.

A few recent interactions with adolescent clients (I work as a tutor/mentor to local students) really got me thinking about the social hierarchy in schools.

I was sitting with a grade 8 client at the library and he told me about a new female student who had recently joined his class.

"She's kinda cute," he admitted. "But she is already part of the 'popular' group."

When I pressed him on what exactly defined the "popular group" he put it bluntly:

"You know, the cool kids; the bullies, the bad asses."

When I questioned another grade 8 client about the topic, she confirmed his observations.

"Yeah, there are kids that consider themselves 'popular' in my year. There's a lot of body shaming going on there, though."

I was dismayed that this sort of Mean Girls-mentality was still happening in schools. 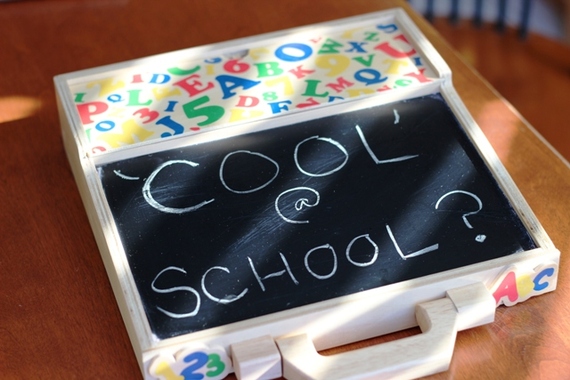 A recent study on school social systems found that adolescent students who "acted cool" at school were far more likely to struggle as an adult, were at higher risk of abusing alcohol and drugs and were more likely to take part in criminal activities later in life. The decade-long study, completed by researchers at the University of Virginia, also demonstrates how attention-seeking behavior and the need to "impress" one's peers can have detrimental effects on their social relationships in the long term.

This "pseudo-mature" behavior is portrayed in movies like Tina Fey's Mean Girls and James Dean's Rebel Without a Cause. Teens all over the word idolize these fictional characters along with other much-maligned reality personalities portrayed by the media. How can I control whether my daughters will look to Kim Kardashian or Malala Yousafzai as a role model?

As much as I don't want to admit that these movies are accurate, the teen social hierarchy is evident in schools all over the globe. You have your cliques, your pecking orders and your gangs. And you likely have varying degrees of self-segregation by race, age, gender, culture, sexual orientation and social status. I witnessed it while teaching at inner city schools in England and I experienced it as a high school student myself. Social media has also thrown open the doors to cyber bullying and it's easier than ever to fall prey to on-line peer pressures, let alone those in the school hallways.

I like to think of myself as being a "middle of the road" social student. I had friends in the upper class "cool" group who had bad boyfriends and wore copious amounts of make-up. I also had friends in the "eccentric" group and the introverted "geek" category. Like a Venn diagram, my social circles included individuals from all spheres of the high school hierarchy.

I, along with many others who are still close friends today, occupied a kind of neutral social zone. I enjoyed interacting with everyone at school and having friends on all levels boosted my confidence, even if I wasn't necessarily considered "popular" by my peers.

What I liked most about not belonging to a specific social group was the variety of friends that I had. There is much more diversity in having friends in more than one social circle and it lessened the pressures of having to conform to each group. For example, I didn't have to dress a certain way, act a certain way and no one judged me when I didn't want to smoke a cigarette in the back of the school parking lot.

What are the benefits of sitting on the school social "fence"? I honestly think I wasn't subjected to as much peer pressure as a result. I am not saying that I escaped it entirely as I did have my fair share of insecurities. But at the end of the day, I didn't let my choice of friend groups influence my behaviour, selecting only those friends with values and morals in line with my own.

Just as I did, I hope my daughters will independently figure out where they fit on the school social hierarchy and what type of friends they want to interact with. I will encourage my daughters to be proactive in their social relationships, to challenge the stereotypes they are confronted with and to ask questions, get involved and genuinely be a positive part of someone else's life.

I wish I could shield my daughters from the bullets of body shaming, bullying and bigotry, but ultimately they will choose their own friends and decide how high they will climb on the school social ladder. What is the best way to encourage kids to choose friends for themselves? How can we protect our children from peer pressure and the detrimental effects of bullying? These are questions I am still trying to answer as I navigate parenthood.

I do know that I will continue to hold both of my daughters hands and support them along the bumpy road of puberty. I will inspire them to be themselves and to spread their wings and fly away from the flock rather than follow it. 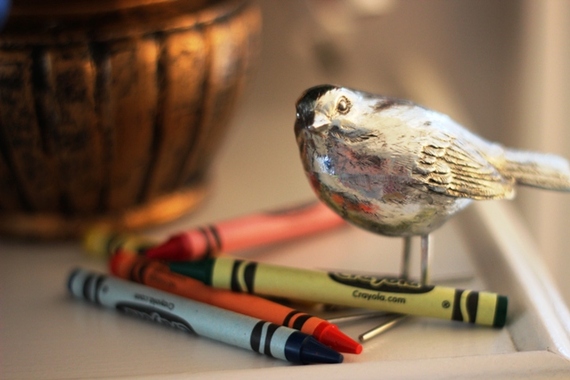 A mother and lover of all things practical, Jill Campbell (aka Pragma Mamma) is a 30-something, former educator, world traveler and self-proclaimed pragmatist trying to navigate this journey called life. Her blog www.pragmamamma.net covers news and views that are relevant and important to busy families on the go. Featuring simple and healthy recipes, family friendly product reviews, original photography and hot parenting topics, her goal is to inform and hopefully inspire. Jill currently works as a part-time tutor/mentor, aspiring writer and full-time wife and mother of two fabulous daughters near Toronto, Canada. Join Jill as she pursues her PhD in parenting and all of the chaos that comes with it!

More:
BullyingHigh SchoolParentspopularitycyberbullying
Newsletter Sign Up
Raise the kind of person you'd like to know
Subscribe to our parenting newsletter.
Successfully Subscribed!
Realness delivered to your inbox