Part four of Rev. Sandlin's sabbatical series, "Church No More,"
about stepping away from church. 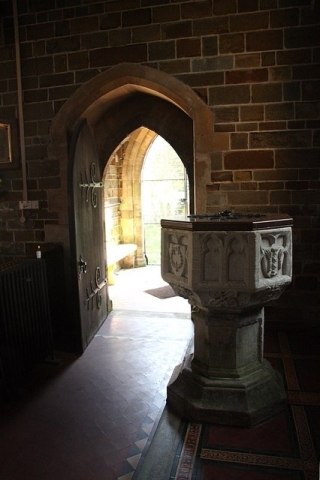 I love the Church. I have literally been going to church my whole life- until two months ago. I stopped cold turkey. You can read about it in my article "Ain't Goin' To Church No More."

Masses of people responded. It astounded me. Most ministers expressed concern saying things like, "My Brother, I am worried that you may be on a dangerous journey," or, "I fear you may lose your faith." Frankly, what I heard them saying was, "Faith is so fragile it needs the Church to enforce it," which only made me more certain I was making a remarkably healthy spiritual choice.

Formerly church-going folk frequently told me things like, "There is a large disconnect between the 'Church' of today and the teachings of Jesus,"and "I have found God in a dynamic, deep way and I love God so much more and for real now than when I was unwittingly trying to fit in with my church culture."

I do not want to go back to Church because life outside of Church is better. It just is. There's no dogma complicating the path to God. It is more than refreshing to escape the games church-folk play with the intent of establishing control and "rightness" on their part; it is life-giving to escape it. Being able to preach the Good News without worrying about which clique within the church will quietly use my perspective against me simply because they don't agree with me has allowed me to honor the call God placed on me more than I could in an installed pastorate.

Yet, with only a month remaining in my sabbatical journey away from church, I'm already having to consider what going back to church will look like. I still have a month of experiencing, listening and learning to go, but I can already tell you a couple of things. One, the Spiritual But Not Religious (SBNR) are right in their critique of the Church. We are fools if we don't listen extremely closely to them. And two, their consistent complaint that the church is hypocritical actually only diagnoses the symptom and not the problem.

When I announced my sabbatical plans, it surprised me to receive feedback from ministers who had left the Church for good. One said, "I was once a minister, but became disillusioned by the political influences in American Christianity." Another said, "If it [Church] had been about the red letters [the teachings of Jesus] I'd have never left, but it wasn't."

Put it all together and you get why not only will I go back to Church, but have to go back - even though I don't truly want to go back. As I mentioned at the beginning of this article, "I love the Church," or at least what the Church is should be, but we are not just running off folks who become SBNR; we are running off our clergy! We are fooling ourselves if we think it's "their"problem and not ours. We are fooling ourselves if we think that sitting in a pew on Sundays magically gives us the spiritual upper-hand when it comes to discerning what God wants from each of us.

A minister friend of mine, the Rev. Paul Rudolfi, once said, "Jesus never met anyone he didn't ask to change." What if the SBNR are the collective voice of Jesus to us, the Church, today? I think they probably are. They are asking us to change. It's certainly not all SBNR folk and, frankly, at this point a whole lot of them don't even care what the Church does or doesn't do and I don't blame them one little bit. Though, I do hear their collective stories as a cautionary tell - a modern day parable, if you like.

The quotes I shared from ministers who left the Church and never came back are the beginnings of a peek at the disease behind the very real symptom of hypocrisy. The Church has developed a highly sophisticated system which allows it to both quote the Bible and believe whatever it wants without regard to the verses. That's not a particularly tremendous shocker, right?

Here's the thing though, this way of operating has become so indoctrinated into the system, so artfully woven in and out of the dogma, governing structures and informal peer-approval networks that from within the system it is nearly impossible for most people to see it has hypocritical. It is the air we breathe, the support system which gives us meaning, the stuff of church life. It's how you fit in.

We've been trained to follow faithfully and not so much thoughtfully, which is probably why some ministers seem to think "faith is so fragile." Then, when some of us do see the error of our ways and try to do the difficult work of turning the ship around, we find that the forms of government and the unofficial power brokers are designed and operate in ways that bend but do not break. Even people who are sympathetic to the cause find themselves ultimately bound and constrained from affecting change because of the system within which they exist. The Church system produces the results it currently produces because it is perfectly designed to produce them and will continue to do so until radical change is instituted.

I'm going back, even though I honestly don't want to, because my time away has given me a little perspective on the disease behind the problem and I can promise you it will not change because of outside voices. The change must come from within, and I, for one, still believe the Church is redeemable. I just hope it's not too late.

So, my sabbatical journey continues.

This article was originally posted on The God Article.

PC(USA) Minister & co-founder of The Christian Left and owner of TheGodArticle.com.