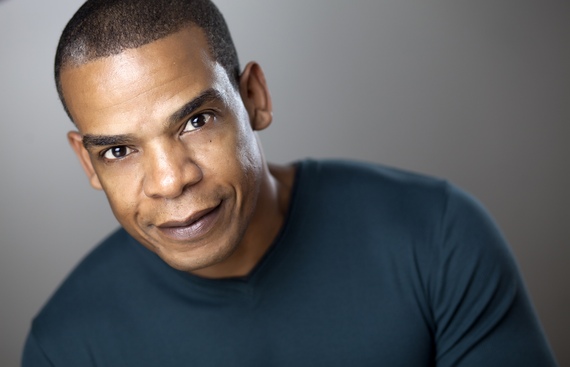 I envy people who dream vividly and recall thoughts long after an event has past. I rarely remember my dreams, except one that has been recurring since my childhood. It takes on different characters and circumstances at various times, yet the theme is always the same. I dream America.

I'm deeply in love with America -- her stated values, freedoms and enabling of her people from all walks of life to succeed. America is awesome, and I'd like to marry her if she'll have me. But our love affair is complicated. We can't just walk down the church aisle into wedded bliss, as many people would like us to. We have some things to work out first.

You see, I'm black and gay; America is white and straight. We love each other but we're from different sides of the proverbial tracks. I've been able to cross the tracks, even living in her neighborhood for a while, so I understand her perspectives. However, she's never lived my realities, which I sometimes resent. America means well, for sure, but she's a bit selfish and unrealistic. In my dreams, though, she's perfect.

America is perfect when she values me for who I am, rather than as a stereotype. And when she listens as I share my hopes, feelings, and especially my pains. I've noticed that she sometimes lacks sensitivity to the suffering of people closest to her. They say we hurt those closest to us. Maybe that's true. America and I are really close. She lashes out when she's angry, scared or sees me only through her limited perspective, which are like little traumas to my spirit.

When I explain these things to her, it's like preaching either to the choir or the dead. I've written her love letters explaining the intersectionality of institutionalized racism, externalized bias, psychosis and radicalization to help her understand why some African Americans might be drawn to extremist groups like ISIS, for instance; why some African Americans riot; and the costs of bias and microaggressions. But she rarely listens.

Her response to my authenticity has been mixed. She's of two spirits, one accepting and the other deeply hostile, owing to her sense that I may be blaming her, not taking responsibility for myself, or the fact that she harbors racist feelings toward me. Some of her less favorable comments have been really nasty. I don't share her confusion about my own realities including my love for her, which leaves me most uneasy with her at times.

If I could remake America, I wouldn't add a thing. She's got it all. Instead, I'd take away some things. First, I'd remove bigotry because it turns her beauty into ugliness. America's bigotry stems from her fear of crossing the tracks to be exposed to the rawness of life outside of privilege. Fear blinds her to her biases in response to her superseding need for perceived security. It turns her empathy and sense of right into sarcasm, microaggression and, sometimes, outright discrimination.

Next, I'd get rid of her racial framework in which white represents the most preferred and black the least desired. America's neurosis about race has caused me to acquire a love-hate relationship with my own blackness. I'm proud to be black and wouldn't change to any other race if I could. But I'd substitute being black for being excellent in a heartbeat. In fact, I've asked America to never see me as black. Instead, I wish that she would see my blackness as an expression of my humanity. Imagine if the blackness of Trayvon Martin, Michael Brown, Eric Garner, Tamir Rice, Walter Scott and Freddie Gray had been seen as expressions of excellence rather than criminality and inferiority. Might they be alive today?

A lot of people don't understand that as abiding as my love is for America, so too is that of those who riot in streets against her oppression. I'm lucky to get some love back from her in the form of opportunities, while others' love for America goes unrequited, leaving them emotionally bruised, especially when they sense they've been wronged. The result has been long periods of quiet acceptance of rejection punctuated by brief revolutions to regain emotional equilibrium, personal dignity, and the possibility of a better future.

America is more than a country, she's a culture -- a way of being through which we come into our own via our relationships with her and each other. Her impact is on every aspect of our lives, so it should be understandable that our feelings about her run deep; there is conflict. We're going through a lot right now. I'm willing to do the work to make our relationship a success. I hope she is too.