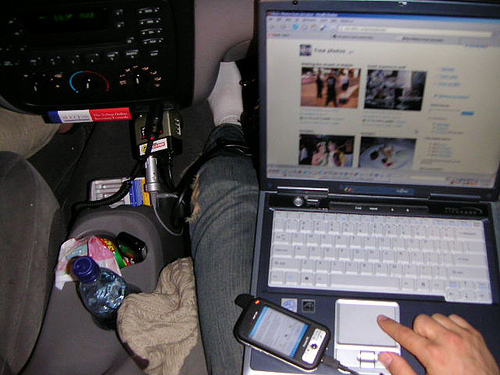 How many times have you had that conversation with your friends about how the Internet is the new frontier that has evened the playing field for everybody -- except nobody knows how to monetize it yet?

Well, as a blogger and creator of original internet content, I have looked at the problem from every possible perspective. And, because the Internet is also noted for being an egalitarian platform, I have decided to share this money-making secret with everyone. Now, you, too, can turn the time you spend writing eBooks, sharing your music, launching Kickstarter campaigns and struggling to gain followers on Twitter and likes on Facebook into tangible, identifiable economic fortune.

It's simple. The best, most efficient way to make real money on the Internet is to get a job.

You see, going out and getting a job yields rapid, real-world results that will have a marked impact on your ability to provide for yourself and others. Granted, it is nowhere near as much fun as making videos or writing novels and posting links to them on the Internet in the hopes of being discovered. However, getting a job will allow you to pay rent, provide for your family and maybe occasionally go out tor a meal. It will also force you to interact with non-virtual human beings and perhaps relate to something other than a Facebook page for a while. And, who knows, that level of engagement with others may give you some fresh new ideas for stuff to put out on the Internet in the hopes of making a living at something other than having a job!

So now you know this wealth-building secret of how to make the World Wide Web work for you! However, as far as what to do about actually getting a job, I'm afraid you're on your own.