After months of grounding by the FAA, the Boeing 787 Dreamliner is poised to take flight again in the next few weeks. And that's great news for those of us who fly, especially in the back of the plane. 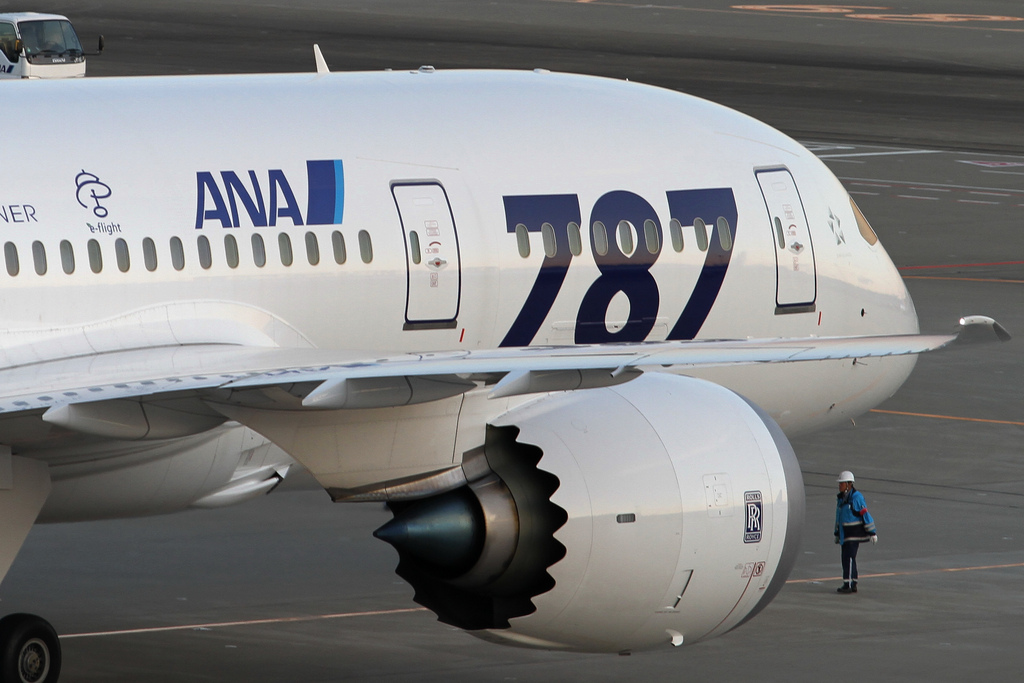 Photo Credit: (cc) Flickr.com/Kentaro Iemoto
A lot has been made of the fuel efficiency and the 30% larger, electronically-dimming windows, but the real advance for travelers is the air quality. You might not appreciate it on a short flight, as veteran travel reporter Stephanie Rosenbloom at the New York Times observed on her test flight, but flying across the Pacific to Japan as we did shortly before the flights were grounded, the difference was striking.

The strength of the Dreamliner's carbon-fiber frame allows it to be pressurized to the equivalent of 6,000 feet, not the 8,000 foot level of conventional aircraft, allowing more oxygen in the cabin air. Less metal in the plane's construction means the plane can be humidified up to a 15% moisture level instead of the typically desert-like 4% in a conventional plane. And the Dreamliner has an additional air filtration system that "removes odors, irritants and gaseous contaminants" from the cabin (the latter refers, i think, to the air-pressure equalizing emanations from your fellow passengers). Say goodbye to that dry, scratchy throat and vague headachy feeling that inevitably accompany long-haul flights. The significant air quality improvement of the Dreamliner is a major advance for travelers.

Of course, these new planes are outfitted with the latest in ergonomically-designed seats, electronic connectivity (like USB-charging at your seats), mood lighting, great headroom and spacious overhead bins. As for the problematic lithium batteries, they have been re-engineered to prevent the kind of cascading meltdown that led to the grounding. And as soon as the FAA signs off, Dreamliners will take to the skies once more. I can't wait to fly it again.

We flew the Dreamliner on Japan Airlines from Boston to Tokyo using an American AAdvantage 25,000 mile one-way, off-peak award -- one of the best mileage redemption options available. While there, we put together our ultimate Gay Guide to Japan, which you can find in the March issue of ManAboutWorld Magazine, available for immediate download on the AppStore.

Founder, ManAboutWorld: Providing information and inspiration for gay men who love to travel.