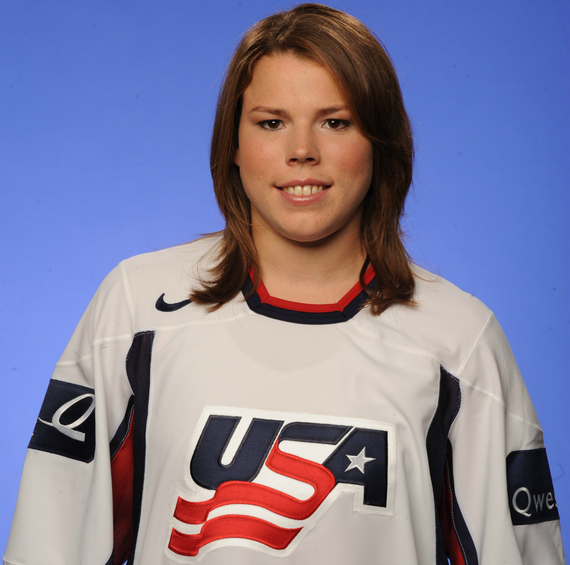 Happy Valentine's Day to Sochi and beyond!

Having been at the Vancouver Winter Olympics in 2010, I was vaguely aware of the buzz about Olympic Village romances. But frankly, as an athlete who competed from Day 2 to Day 14, it wasn't exactly my story. Neither is it the topic of this piece, so my apologies in advance for those on the edge of their seats. However, I am talking about love; a love that manifests in every possible emotion and sensation, which accompany competition on the biggest stage in sports. When the bright lights and cameras are focused on the scope of your career, and the moment finally arrives, no words are sufficient to describe the feeling.

Some events give you many opportunities to demonstrate your abilities. Others flash in the blink of an eye -- a lifetime of devotion is judged in an instant. The electricity originates somewhere in your stomach and radiates outward elevating you off the ground until it feels like you are floating above yourself, observing your life in flashbacks and dreams of the future. More than anything, you feel humbled.

On paper, your life's achievements speak for themselves. In reality, you know the real reason you have been able to fulfill your dreams is the people who have travelled the journey with you. For me, it was my mom. I lost my dad to cancer when I was 11. My mom took over all of the driving to hockey practices, the consolations after losses and the joys of victory. She had one rule. I wasn't allowed to go to hockey practice until I had finished my homework and practiced the violin. (She saw me coming a mile away.)

My mom believed in me, and knew I was more than one-dimensional. Well-roundedness, she said, would make me appreciate life in all its beautiful opportunities. I will always be grateful to her for pushing me -- not to be a hockey player, but to maximize each opportunity, and chase the greatness out of each day.

This is the same sort of love, which thrives in the Olympic setting. As much as the media seeks to boil it down to a medal count, there is so much more to the Olympics than victories and defeats. Just today, I experienced the most moving moment of the Olympics for me, thus far. It occurred during a cross-country skiing event. No Americans were involved. This may seem shocking since as consumers of American media, we are rarely permitted to delve into the lives and performances of non-American athletes. In fact, I got this story off of Twitter: Russian cross-country skier Anton Gafarov was competing when he crashed and broke his ski. He attempted to finish the race, but he crashed again, this time rendering the ski completely useless. Devastated that he would not be able to cross the finish line, after a lifetime of devotion to his sport and his nation, he collapsed onto the snow. Moments later, Canadian coach Justin Wadsworth came running out onto the course with a replacement ski.

Wadsworth proceeded to lift up Gafarov and help him into his new equipment. Gafarov did not finish on the podium, but he finished.

To me, that is the power of the Olympics: The Games bring out our humanity and our ability to love one another, to value dignity and respect. It is the love of an ideal that we can be better tomorrow than we are today that propels us forward toward our dreams. Without it, the Olympic Games are just a big sporting event.

I think we can all agree that they are so much more.

This post originally appeared on New Now Next, a division of Logo TV, for which Caitlin writes regularly.