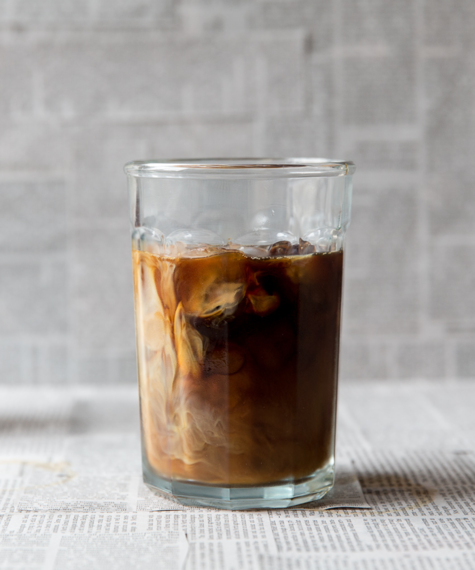 The idea to give up caffeine came to me when I was -- per usual -- up very late one night. I drink a lot of caffeinated beverages, and I started to wonder whether I might get more rest without it, and what it would be like to not have the nervous buzz of caffeine so frequently at my fingertips. Although Gilmore Girls tells me being hyper-caffeinated is a positive and quirky state, health professionals do not.

I'm far from unique in my sleep-deprived, artificially energized norm. The vast majority of the population is living on less than adequate sleep, according to Christopher Drake, PhD, director of sleep research at Henry Ford Hospital. "One hour of lost sleep is not going to destroy anyone's life, but as it builds up, you get chronic sleep restriction," he says. And coffee is not the answer; caffeine may help to ease the feeling of sleepiness, but you still need the same amount of sleep. "Caffeine is certainly one way to minimize effects acutely and be able to feel alert, but at the same time, you're building up chronic sleep debt. It becomes a safety issue very quickly."

Before we go any further, let me just say that coffee in reasonable doses isn't actually bad for you. Dependence (and withdrawal) is very real, but research has found that a moderate amount of coffee may actually help protect against health issues like heart disease, Parkinson's and diabetes.

Caffeine, like most things, needs to be used in moderation, and with care, and not as a substitute for getting rest. Dr. Drake likened the effects of sleep deprivation to those of being intoxicated, and said work- and auto-related accidents are all too common because of our sleepiness. The underslept also more likely to gain weight and develop diabetes, two things common in my family tree.

"The bottom line is to make sleep a priority in your life," Dr. Drake says.

And so I shall. I prepare myself mentally, warn my family members, and research ways to keep from getting too sleepy. Giving up caffeine means going through withdrawal, so I stock up on Advil Liqui-Gels and assure myself that the good doctor is right: Sleep needs to be a priority. For the month of September, I will catalog all the ways a lack of caffeine affects me. Making it into a challenge makes it seem more exciting, but still, there's a real problem: How will I be a nice person at 2:00 p.m. unless I have a cup of hot coffee pressed between my palms? 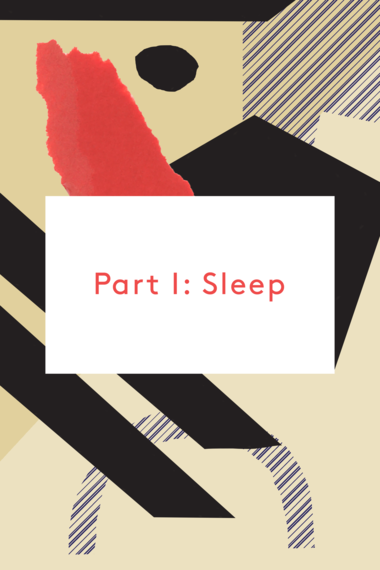 As previously mentioned, my abysmal sleeping habits were the largest source of inspiration for my no-caffeine September. I had hoped that not drinking caffeine would help me go to sleep a little earlier, but my expectations were low. After all, I've had insomnia since I was, like, seven. It's not like quitting caffeine would fix that in one day.

I was so, so blissfully wrong.

For most of September, I fell asleep as fast as a tuckered-out puppy. I'd get into bed, not even turn off the light, and just conk out. I didn't even wake up during the night. Sure, there were nights when I still had trouble if I was particularly focused on something, but most of the time, I just rolled over and snoozed.

The dilemma: Falling asleep early and getting a sexy eight hours of rest means that you wake up ungodly early. So I'd be up around 4:30 or 5:00 a.m. -- and without caffeine, getting up that early is pointless. I'd hit a wall so much faster at work, feel hungrier earlier, and so on.

So even though I felt très grown up waking up before the sun rose, I also was prematurely dragging my feet. 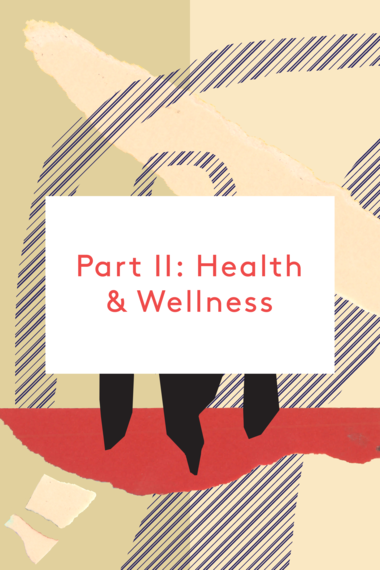 It only took me until 10:19 a.m. on September 1 to get a headache. At first, it was just a soft nagging, my body's passive reminder to please, uh, put coffee in me right now. But by the end of the work day, my head pounded so heavily that I felt sick to my stomach.

My caffeine-less September helped me create a special bond with nausea, and I went to bed at 7:00 p.m. more than one night so that I wouldn't have to deal with how bad I felt. I skipped plans with my friends, tried applying soothing peppermint balm on the back of my neck, and drank a lot of water.

After about half the month, the headaches were significantly less severe, but for those 15 days, I was more on edge than I ever have been in my life. Despite everyone's best intentions, I did a lot of eye-narrowing and lip-biting. My friends and I have a group text, and in it, they joked about giving me the DVDs for season one of Scrubs (a show I truly cannot watch without feeling agitated). I got so infuriated thinking about Zach Braff's 2000s hair that I had to turn my phone over and stop responding to everyone just so I wouldn't pop off.

But when my headache-y, irritable funk ended, things got much better pretty quickly. A visit to my doctor revealed that, yes, I had lowered my blood pressure (!). I also noticed a change in my anxiety: I was still having anxious thoughts, but every time I started getting worked up, I could coax myself out of it much more quickly than if I'd been hopped up on caffeine.

So, for 15 days I was miserable, and then it was over and everything felt fine. I was still pretty agitated, but I think that may have been a preexisting condition. 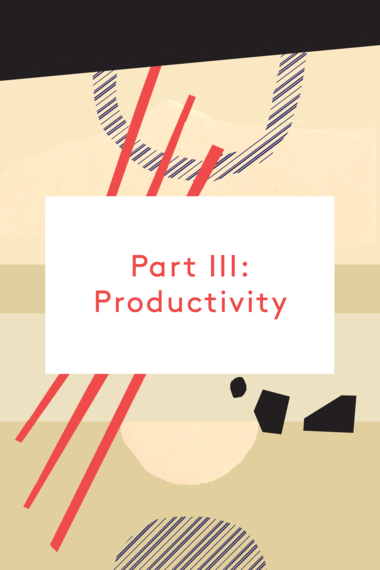 Here's the thing, though: When I am hopped up on caffeine, I can get a lot of shit done.

My normal schedule includes working from 8:30 to 5:00 at my office job, making dinner, and then spending the rest of the night writing. Without caffeine, I not only felt tired, but totally uninspired. Instead of seeing writing as a necessary activity, it started feeling like a chore. For the year leading up to no-caffeine month, I could count the number of nights when I didn't write on one hand. But for September, it was the exact opposite: I barely wrote at all.

And, as fate would have it: The writing retreat I had been planning for months happened in September. Yes, I wrote for long hours over the weekend, but it was paired with a lot of walking up and down the stairs, gazing out the window, and shoving tortilla chips in my mouth. Not my usual level of focus. 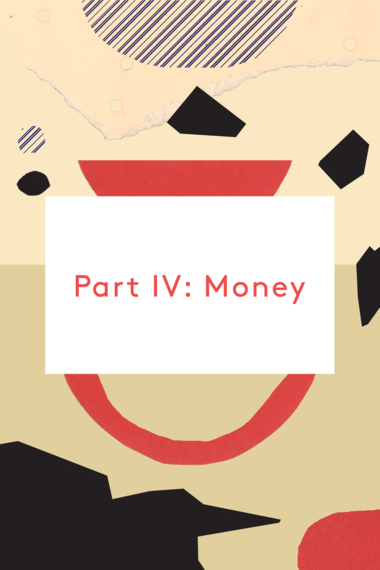 I started wondering how caffeine had taken a toll on my finances, so I traipsed back through my bank statements. In August, my husband and I spent $35 on coffee at Dunkin Donuts and $5.18 at Starbucks. We also spent about $126 on caffeinated drinks from restaurants and gas stations, and $16 on 12-packs of Diet Coke from grocery stores. Most of the coffee I drink is at work, so it's free for me (thanks, boss). But collectively, that's an estimate of $245.16 on caffeine between the two of us, and $122.58 for just me.

For reference, here is a list of good things with caffeine in them that I did not buy for 30 days:
• Coffee
• Tea, except for the teas that taste bad or make you fall asleep
• Most soda, including, surprisingly, Barq's Root Beer (unlike most root beer, it's caffeinated!)
• Decaf coffee (which carries a lie in its name)
• Chocolate

When you don't drink caffeine, the options for "what to drink with my Chipotle Sofritas" really narrow down. I truly do not like Sprite, which is a) sugar water and b) reminds me of when I was little and had to stay home sick. I drank the occasional seltzer water because I love fizzy beverages, but mostly I stuck with plain ol' tap water. I bought three packs of LaCroix ($3.99), two painfully disgusting caffeine-free teas ($2.34 each), and less than two dollars' worth of Market Pantry sparkling water. I went to Dunkin Donuts once, and I had a bagel without cream cheese ($0.99). That means I saved a total of about $107 in September by not drinking caffeine. 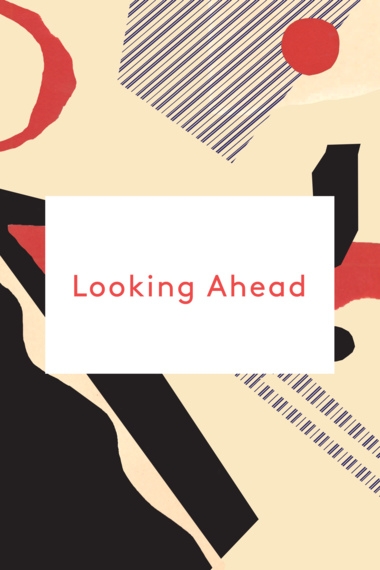 On the phone with Dr. Drake, I asked the guardian of the full night's sleep a really important question: "Do you drink caffeine?"

He laughed at this question, and answered me with an honest "Yes."

Caffeine isn't going to stay out of my life, either. On October 1, 2016, I started my day with a cup of coffee. I recently read the description of the sound of a Keurig brewing as "a cat chewing on a hot pipe," and it's true. It's true, and I love it enough that these days, I catch myself smiling bizarrely as it hacks out an eight-ounce cup of joe in my House on the Rock souvenir cup. Beauty in its truest form.

One of the stranger things I realized by not having caffeine was how thoroughly ingrained into our social events it is, and there's something distinctly less charming about group-writing with a glass of water. I don't plan on going back to my old life of caffeine guzzling, but I do plan on drinking coffee in the morning -- and sometimes, if the work day calls for it, I'll drink some at 2 p.m.