I gave up criticism for Lent.

This seemed like a good idea at the time. I've noticed how I reflexively see and point out flaws in those around me -- clients, colleagues, friends. And then there are my kids. And myself. There are so many flaws to point out and fix. It's a target rich environment.

But I don't think criticism -- at least criticism in the absence of love -- creates much value. I wondered what life would be like without it. After a lifetime of diligent practice to the point of perfecting it as an art form, I had given up sarcasm years ago. I realized sarcasm was just contempt masked with humor, and contempt is rarely an attractive quality. Walking away from sarcasm was no great loss even if I sometimes had to forego a snappy comeback.

So I decided to give up criticism for forty days. 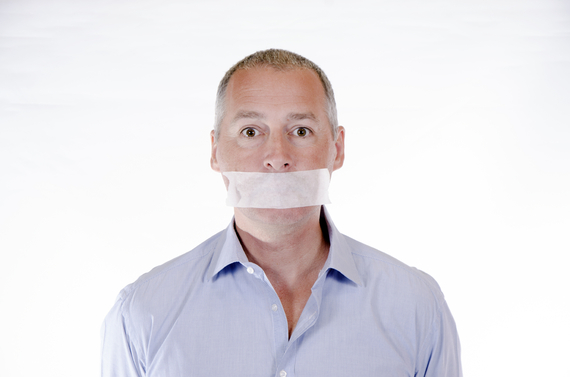 And then the latest phase of the presidential election came along. I wondered if this is really a good time for this particular Lenten practice. I spent several days suffering criticus interruptus. My running partner asked me what I thought of a particular candidate and I stammered through my thoughts like a truculent witness under cross examination, choosing words like I'd choose steps in a minefield. As a dad, I'm used to having to edit my words. But weeding out criticism when the warning lights of wrongness are blinking like strobe lights at a rock concert -- well, that makes you swallow hard and often. I fear getting a kind of criticism indigestion.

And yet, taking on a challenge like this may be a very useful enterprise. I'm coming to see work as a laboratory of the soul. And while I may find my ability to point out flaws endearing, I'm pretty sure those around me at work find it less charming.

A couple of weeks into my Lenten experiment, I noticed something. Avoiding criticism is good, but it's not the whole picture. Given my long history of seeing and saying faults, avoiding criticism just looks like being quiet a lot. In itself, silence is not bad. You can do a lot worse than not saying unhelpful things.

Of course, the sad truth is that I still see the flaws. I just talk to myself about them instead of saying them out loud. I'm probably not a good enough actor to convince people that I'm not being critical when I think and feel critical thoughts. Those thoughts and feelings ooze out of us in ways we don't see but are obvious to everyone else.

No, where the lab experiment gets interesting is when you turn your attention from only avoiding criticism and instead actively seek to bring good into the lives of others. The old-fashioned word for this is blessing, to will and to actively work for the good of those around you.

That's easy enough to do for those I already like -- the client who usually agrees with me, the colleague who amazingly laughs at my jokes. It's harder when dealing with the difficult people in my world -- the guy whose default setting to my ideas in a meeting last week was skepticism and (ironically) criticism; the colleague who misses deadlines; the Delta airlines employee who had the gall to stop me (a United flyer with status) from using the express line at their TSA checkpoint; the taxi driver who I couldn't describe to my wife when I arrived home because doing so would have been non-stop criticism.

Those situations require me to seek the grace to step out of myself. I have to put myself in the shoes of the skeptical client, the tardy colleague, the helpless Delta employee following blind rules, and the hapless cab driver -- to imagine what might be their circumstances that could lead to these reactions. Moving from empathy to blessing -- well, that requires a level of grace well beyond my natural ability.

And maybe that's why this is the perfect time for this soul experiment. Maybe putting yourself in a situation where your own resources are simply inadequate is exactly what it's about.