Both of you grew up primarily in North America with Jewish and Muslim first names. In what ways were your names sources of pride or discomfort? As parents how did you and your spouse decide to give your children Hebrew and Arabic names respectively? What are some naming customs and conventions in your respective religious and/or cultural traditions that shaped how you thought about your children's names? 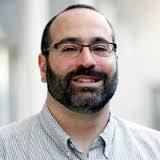 Or: I grew up in Winnipeg, Manitoba in the 1970s and 80s; the great Bobby Orr was a household name in my hockey-crazed country. When kids teased me about my name (either with or without an anti-Semitic undertone), I would sometimes (falsely) explain that I was named after the immortal #4. If I got to know a kid better, at some point I'd confess that or means "light" in Hebrew, and that I was born during Hanukkah, the "Festival of Lights." If I really trusted that person, I'd share my full name: Or-Nistar, which means "Hidden Light," alluding to God's hidden role in the Hanukkah legend, and the Jewish mystical notion that there are divine "sparks" scattered throughout creation. While there were certainly contexts in which I was comfortable and proud of my name, I also struggled with it, particularly in the presence of non-Jewish or Jewish peers who thought that I was "too" Jewish: I wore a yarmulke and tzitzit (an undershirt with ritual fringes attached to the corners), observed Shabbat, and kept kosher.

One important experience for me in embracing the particularistic elements of my identity was visiting my Italian friend Silvio's house on the way home from soccer practice. Not only was he not named Jack or Mike, but his mother spoke to him and his siblings in Italian, and their home, with crucifixes hanging on the walls, was regularly filled with the aroma of traditional Calabrian cuisine emanating from the kitchen. These sensory memories have stayed with me for more than thirty years. Hanging out with Silvio (our top defenseman!) helped me develop a basic appreciation for cultural and religious diversity. 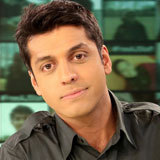 Wajahat: This resonates with me deeply even though I grew up in the sunny streets of the Bay Area, and wouldn't know which end of a hockey stick to pick up! As you can imagine, Wajahat was not the most popular of names; there were no Disneyland keychains with my name on it. My parents, immigrants from Pakistan, never cared about assimilation or what the "mainstream" (always code word for "White") would think. Naming me was outsourced to my grandfather; the story goes that he sat down for late night prayers, opened the Quran, placed his finger on the page, looked down and saw the letter pronounced "wow" in Arabic. He had always liked the name Wajahat, which comes from the Arabic tri-letter root waji, meaning "one of good face," or "esteemed." And, thus, I was named.

Needless to say, not all of my classmates were kind to me: Some of my "favorite" nicknames were Watcha-want? Waja-hot, Whatchamacallit, and best of all, Waja-The-Hut. Once I asked my mom if I could change my name to Wilbur or Walter. With the blunt efficiency of a katana blade, she looked at me with piercing eyes and said, "No."

Now that we've shared some of our own childhood trials and tribulations--what kind of "pain" did you inflict on your children in naming them?

Or: When my wife and I learned that we were having twins, we instinctively began to explore Hebrew names; we actually didn't consider any English ones. Living in a progressive, multicultural neighborhood, in a large city with a vibrant and well-established Jewish community, we didn't feel any fear or discomfort. In fact, many of our friends--both Jewish and non-Jewish--made similar choices, expressing their ethnic and religious identities and commitments through the names they chose for their children.

Following two longstanding Jewish customs, in naming our twins we sought both to honor exemplary deceased or older relatives, and to express something of the unique experience of bringing these particular souls into the world. We chose the first names Ma'ayan ("Wellspring") and Aviv ("Springtime"), which pay homage to a great-aunt and great-grandfather through the first letter of each name (the Hebrew letters mem and aleph). The names also articulate something of the deep gratitude and joy we felt for the flow of blessing we experienced in the spring of 2006, having reached a critical stage in my wife's pregnancy, following several rounds of fertility treatments. (Believe it or not, we only realized that we had named them both "Spring" in English after we chose the Hebrew names!)

As it turns out, our daughter is one of three girls named Ma'ayan in her Jewish day school class of 20. My son attends a public school, where his name is unusual, but both kids both report that they mostly like their names, and only occasionally feel uncomfortable when people can't easily pronounce them. I don't think either of them has experienced anti-Semitism directly; I pray this does not change given the recent uptick in hate crimes in our country.

Wajahat, I realize that this may be quite different from your experience in our post-9/11 milieu, and especially over the last several months. How did you and your wife navigate naming your kids? To what extent did you draw on Muslim tradition in this process?

Wajahat: It is much more dangerous to be a Muslim kid today than when I was growing up as an overweight kid with lentil stains on his shirt on the mean streets of Fremont, California. I joke that the worst thing I was called growing up was "Gandhi". In 2016, we are witnessing a stunning rise in anti-Muslim bullying at schools, aimed particularly at Muslim girls who wear hijab and children of color. Many young parents choose "safe" Muslim names to protect their children from discrimination. The popular boys' names include "Adam" and "Raiyan," which sounds a lot like Ryan; for girls, it's "Laila" or "Sophia." These names are beautiful, and I don't judge any parent wanting to make their child's life easier. But it gnaws at me that people feel compelled to betray their history and religious traditions to protect their children, who should experience the safety and freedom to which every child should be entitled to in this country.

We made a deliberate decision to give our children strong Muslim names rooted in significant religious narratives. We chose Ibrahim for my two-year-old son; it's the Arabic version of Abraham. There's a powerful story in the Quran about Ibrahim's enemies throwing him into the fire as a punishment for destroying their idols, but Allah commands the fires to cool down. Naming our son was a kind of prayer that the fires of hatred and violence would be cooled by and for him and his generation.

Our daughter, who is about 3 months old and mostly cheeks, is named Nusayba ("appropriate" or "fitting"). She is named after a famous companion of the Prophet Muhammad who gave water and aid to fallen soldiers, and protected the Prophet, suffering multiple wounds in the process. She was one of only two women who gave their allegiance directly to the Prophet Muhammad and not through one of his companions, and prompted the revelation of a verse about the importance of both women and men in Islam. Our hope is that our girl will be a brilliant and brave woman who helps those in need, and will fight for equality and justice.

Though the multisyllabic, "ethnic" names we've given our children might subject them to some scrutiny, raised eyebrows, and playground teasing, we believe they will live through it and thrive. It's a small price to pay to uphold your own culture and religion, the prayers of your parents, and the memories and hopes of your ancestors.

Wajahat Ali is a journalist, writer, lawyer, an award-winning playwright, a TV host, and a consultant for the U.S. State Department. As Creative Director of Affinis Labs, he works to create social entrepreneurship initiatives that have a positive impact for marginalized communities, and to empower social entrepreneurs, young leaders, creatives, and communities to come up with innovative solutions to tackle world problems.

Rabbi Or Rose is the founding Director of the Miller Center for lnterreligious Learning & Leadership of Hebrew College . Rabbi Rose is the author or editor of many articles and books, including the forthcoming anthology, From Text to Life: Religious Resources for Interreligious Engagement (co-editor, Orbis, 2017), and Speaking Torah: Spiritual Teachings from Around the Maggie's Table (co-editor, Jewish Lights, 2013). He also serves as a publisher of the Journal of Interreligious Studies, and is the creator of the weekly blog series "Seventy Faces of Torah," and co-creator of the monthly series "Can We Talk: A Jewish-Muslim Conversation," both appearing on the Huffington Post.

"Can We Talk?" is a project of the Miller Center for lnterreligious Learning & Leadership of Hebrew College in Newton, MA, and the Institute for Islamic, Christian, and Jewish Studies in Baltimore, MD. This series provides a context for public discussion among Jewish and Muslim intellectuals and community leaders on a broad range of topics-religious, cultural, civic, and political-modeling constructive personal engagement across our communities. Each month, we feature a new conversation between one Jewish and one Muslim writer on a designated topic.