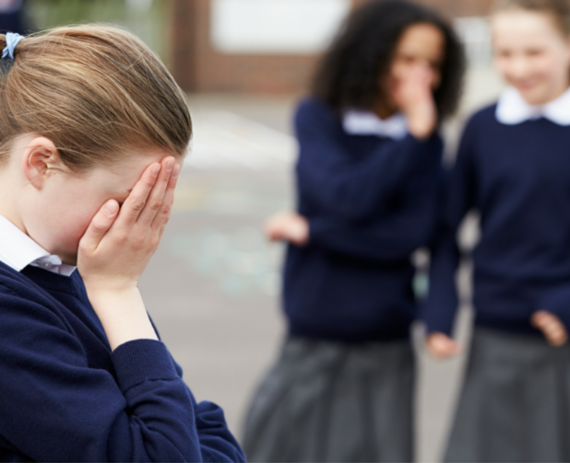 I don't know how else to say it so here it is: I hate bullies. I recently saw on Facebook a classmate, who was a known bully in high school and college, cyberstalk another former classmate after the unfortunate end of their business relationship. I had flashbacks to my younger days when I had heard about or been the brunt of this bully's past behavior. It was hard to believe I was seeing this happen again, but now we were in our 40s with jobs, children, and challenges of our own. I thought there are more important things to worry about in life and no one should tolerate abusive behavior.

This made we wonder about how often people who were bullies as children and teens become bullies as adults. I discovered after some research, adult bullying is more common than you would think. According to a 2014 Workplace Bullying Institute Survey, 27 percent have current or past direct experience with abusive conduct at work. Also, and more alarming, 72 percent of the American public are aware of workplace bullying.

In the midst of writing this article, it was heartbreaking to read about the suicide of Fairfax County Firefighter-Paramedic Nicole Mittendorff, and the surfacing story about the bullying that may have played a role in her death. In this case, Fire Chief, Richard Bowers, claimed he was not aware of the harassment of Mittendoroff. I find it hard to believe no one had any knowledge of these horrible actions. My small Facebook experience seems to be a microcosm of what happens elsewhere and it is all too common.

Like Trump's retweet of the unflattering picture of Heidi Cruz, the intention of this behavior is to diminish someone else and exert power. The hardest part to understand is why others turn a blind eye to the harassing behavior. It was mentioned in various articles, this might be because people don't want to be involved in an ugly and unseemly situation. I am also guessing no one wants to relive their worst high school memories online or get into the cross hairs of acrimony on social media.

Those who witness bullying may remain silent because they don't want to end up the target of the bully. People also have a need to be included and liked in social circles. In my personal example, this makes sense since many other classmates who know both individuals who had this disagreement still live in our hometown. This incident seemed to mirror how many of us would have avoided conflict in the hallways and lunchrooms at school. I only wish more people had the courage to stand-up to bullies then and now.

It's a complicated psychology on both sides of the bullying coin. We know children who experience bullying, either verbal, physical or online, that this contributes to mental health problems and increases the risk for suicide. Victims can carry psychological scars with them for life. The bully, even as adults, are often acting out of frustration, have low self-esteem, lack empathy or possibly been abused at home and ultimately trying to exercise control over their feelings.

There are wider and destructive implications when bullying happens to members of marginalized groups. "Research has demonstrated bullying is particularly problematic when one individual or group is exerting social dominance on another individual who belongs to an oppressed group," said Shabnam Javdani, assistant professor of applied psychology and Counseling@NYU faculty at NYU Steinhardt, "This is when the term bullying might be a misnomer because it might locate the problem as one of individual power when it is more accurately characterized as an individual, who represents a privileged group, exerting their social power."

No one wins when we let bullying occur and to nip this in the bud, schools and communities have taken more action to prevent and stop bullying among children. The federal government has studied this extensively and offers great resources, such as this infographic. Logic would also say if you stop bullying in childhood, and we will all live kinder lives as adults.

If you encounter a bully as an adult, here are a few articles about how to cope and mitigate the situation. How to Handle Being Bullied as an Adult in LifeHacker and How To Stand Up To Adult Bullies in Jezebel. These pieces mention documenting the occurrences which are important for HR departments, avoidance strategies and standing up for yourself. Bystanders are urged to step in and lets readers know you if you're being bullied, you're no longer a child and as an adult you have more control to remove and defend yourself in these situations.

I guess I should have more empathy for bullies, for they too are in pain and acting out. And the saddest part is the vicious cycle, and bullies may also abuse family and friends, rack up criminal convictions and become addicted to drugs and alcohol. One thing seemed clear, bullying behavior starts early and the consequences can last a lifetime.

The overall lesson is we should be nicer to each other. If you see abusive behavior speak out against it and keep in mind you never know what pain someone is trying to overcome. The bully and person who is bullied both suffer.