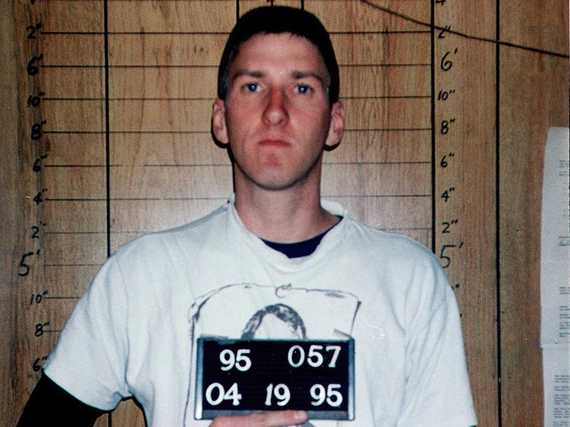 I'm angry, and I know I'm not the only one. My 8-year-old knows what happened in Paris last weekend. Kids and adults have the same question: Why? There are the facile answers: "They hate our freedoms." Those are the answers of a politician looking to drum up support for a war that should never have been fought. We have a need to understand what can motivate human beings to plan, prepare for, and carry out the murder of large numbers of people who pose no direct physical threat to anyone. How does one cross that particular Rubicon?

A fundamentalist believes that only the outcome matters, that how one achieves that outcome is irrelevant. Often, the outcome sought is a society -- or in theory, a world -- where everyone is the same, or at least one that does not tolerate dissent and difference, one where the hierarchy is designed to be permanent. Fundamentalists seek paradise, perfection, a state of existence where change does not happen, where change is unnecessary, because it is--by definition--a move away from perfection.

And let's make something else clear: Islamic fundamentalism is not the only kind. Nazi ideology represents fundamentalism par excellence. Right here in our country we witnessed fundamentalism--in the form of white supremacist/white nationalist ideology--motivate Dylann Roof to execute nine people in a church for the crime of being black. Fundamentalism--in all its various stripes--is the most destructive force in our world today. And that's why I hate it.

As for more domestic, non-Muslim fundamentalism, there's Jim David Adkisson, who also shot up a church, this one in Knoxville, Tennessee, while 25 children were engaged in a musical performance. He killed two and wounded seven others. Adkisson adhered to a politically partisan form of fundamentalism, as he admitted to having targeted that particular church "because of its liberal teachings" and his belief that all liberals should be killed because they were ruining the country. Anti-choice, Christian fundamentalists have murdered several people in the name of life since the 1990s. Anti-government fundamentalism led Timothy McVeigh to carry out the most violent act committed by a home-grown terrorist in this country's history. These are but a few examples.

To return to contemporary Europe, we watched Christian nationalist fundamentalism move Anders Breivik to murder 77 people in Norway. Sadly, we've seen fundamentalists on both sides of the Israeli-Palestinian conflict murder civilians just in the past few months. More broadly, some Muslim fundamentalists have in recent years deliberately massacred civilians--the overwhelming majority of victims being fellow Muslims in majority-Muslim countries--fundamentalism is nonetheless far bigger than just ISIS or Boko Haram.

For the life of me, I cannot comprehend fundamentalism. The idea that an idea could convince me to commit murder is unfathomable. I'm not talking about self-defense, or even participating in a war where I would have to kill armed soldiers tasked with killing me and my comrades-in-arms. I'm talking about murder, the taking of innocent life.

Fundamentalists don't value life, their own or anyone else's. How does one get to that point? How does one get to the point not only of thinking that life and lives have no value, but actually implementing those thoughts by killing? I'm focused here on intent. The people killed in Paris or Beirut, or in Oklahoma City or Charleston for that matter, did not seek to harm anyone at all. Yet people decided to murder them anyway, decided that other people--about whom they knew nothing--deserved to die, needed to die. I don't have an especially enlightening answer for how those killers came to that decision, and psychologists have shed some light on this. But I know that what connected them was fundamentalism.

I am committed to certain political beliefs. I believe deeply that progressive ideas and policy approaches are the right ones for this country. Would I murder for them? Hell, I wouldn't even punch Donald Trump in the face if it would magically change the election results and stop him from becoming the next president. I might want to, but I wouldn't. It would be morally wrong.

I draw my morality from democratic, Enlightenment-based values. I prioritize individual freedom, justice, equality, and a respect for those who are different from me. As Americans, those are priorities all of us should value, along with a commitment to one another as members of a single community. Whether American or not, I expect all people--even if they do not agree with my definition of freedom, justice, and equality, or even the importance thereof--to respect that I am different from them and that I have a right to live my life in the way that I choose. I expect them to treat me as I treat them.

Those beliefs, embodied in the concept of democratic pluralism, offer an affirmative, alternative response to fundamentalism, whether of a religious or secular nature. The struggle between the two is going to define this 21st century.

(Cross-posted at Daily Kos. Links available at the original.)