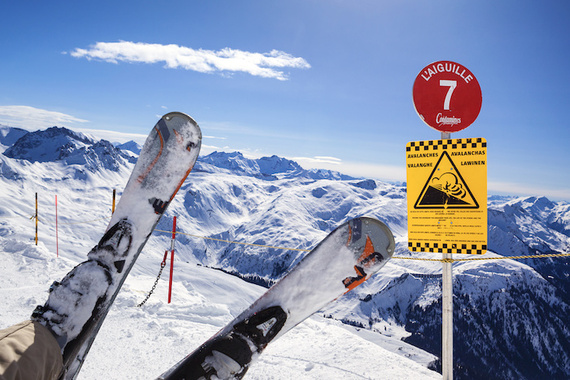 My family and I decided to go north for our annual spring break vacation. This year, my wife and two young boys--ages 7 and 3--wanted to try something different, something all-American. After a bit of research we decided on skiing. Specifically, skiing in the scenic Banff National Park of the Canadian Rockies, a couple hours drive from Calgary in western Canada, located near the world famous Sunshine Village, a major skiing destination. We stayed the week at the Fairmont Banff Springs, that calls itself a "castle in the rockies", a delightfully friendly hotel with top class service in the quaint village of Banff. 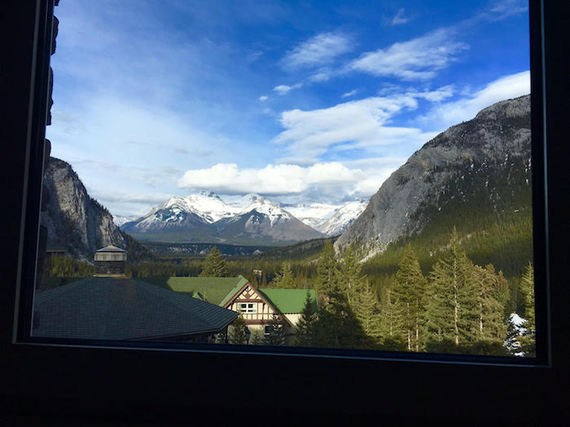 While in Banff, we of course went on the recommended drives around the region boasting stunning vistas, frozen lakes, spectacular ice walks and the otherworldly Icefields Parkway from Lake Louise to Jasper, among the most scenic drives in the world according to National Geographic with exhilarating views of forest, crag, and glacier including the stunning Columbia Icefield and the Athabasca Glacier. I do recommend undertaking this road trip and can suggest this website for tips. It would not be a hyperbole to say that the beauty of the region fully engulfed us. 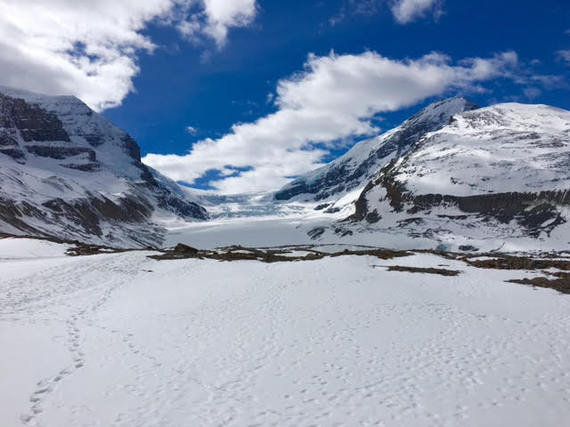 The skiing however was a completely different story. While I was booking the vacation online, all of the images of the amazing slopes, children with their parents, happy couples, and innocuously clumsy skiers seemed to hold the promise of an enjoyable time for all of us. The images had a special draw that lured in even a skeptic like me. I also learnt that around 9.51 million people in the United States or roughly 2.9% of the US population, including most of my friends and their young children, either skied or snowboarded in 2015. I convinced myself that as a right of passage to being an American living in the North East, I too needed to ski, as if I were missing out and depriving my children of an extremely valuable skill, like learning to swim or performing CPR. 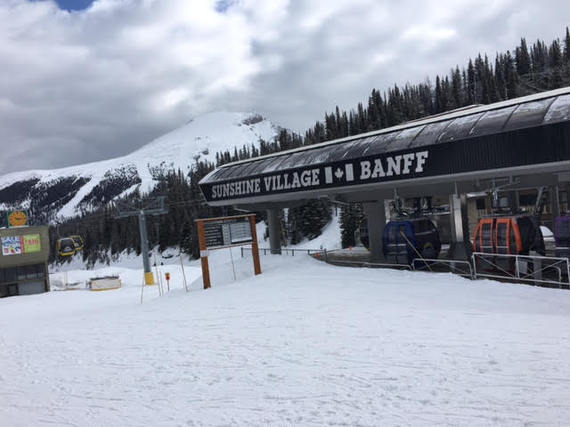 After my family spent two whole days skiing at the famous Sunshine Village, a ski and snowboarding paradise by all accounts, I concluded that I hate skiing. I have a twisted and painful ankle, a cold wetness has settled into my extremities that has made itself a little too comfortable, a very sore lower back, aching knees, mild bruising just about everywhere, a perpetually aching throat, children whose noses are visibly burnt and who seem perplexed by the experience, uncertain whether they actually like skiing or not, despite my repeated questioning, and a wife who almost broke her shoulder and contracted a nagging neck ache in a fall trying to get herself away from a kid abruptly stopping bang in the center of her ski path. Not to mention my hands are just about rubbed raw from massaging my children's' painfully weary muscles each night.

By my account, I do not like skiing. And I cannot fathom why nearly 3% of the US population would put themselves and their children through this. Certainly some of them were beginners like myself who only realized the gravity of their naiveté 5-falls into skiing. And yet, the majority of them must actually enjoy this socially accepted form of high-risk masochism. It may be a sport, but that doesn't mean it deserves glorification.

You may be saying to yourself, "Wow. This guy is being irrational. He had a bad experience and now has a bone to pick with the sport." You would be correct; I did indeed have a bad experience. But, I have managed to get beyond that to objectively consider why, of all the winter sports and activities, skiing must be, unequivocally, the worst.

I've broken it down into 3 simple points.

The exact origin and genesis of skiing are indeterminate. By some estimates it appears that skiing dates back roughly 10,000-5,000 years. By others, 20,000 years or so. Some claim the Sami were the inventors; whereas other sources say the modern ski originates from Scandinavia. In either case, the takeaway is that they've been around for a while, and have changed form throughout history.

The primary purpose of skis was transport and to facilitate hunting big game. It wasn't until the mid-19th century that skis were popularly used for recreation, and later on, competitively. Interestingly, there was a time that skis were used in warfare. The latest record of ski troops dates back to the mid-20th century, during WWII. They made navigating snow easier, and reduced the amount of energy needed to traverse it. (If you've ever trudged through the snow, you'll sympathize.)

All of this fascinating information seems to suggest one thing: for about 9,500 years--give or take a few millennia--skis were not equated with fun. Yes, they provided tremendous ease and even served bellicose objectives, but it wasn't until the ski lift was developed that recreational skiing really took off.

In other words, they were so utilitarian, so tedious to maneuver that it took a machine that could lift us to heights from which we could toss ourselves to allow some enjoyment.

There are a number of barriers to entry with skiing. At one point in time ski bums were characterized as

which was a time when skiing was coveted by people who just loved skiing. They would construct their lives around skiing. They'd move into run down towns near mountains covered in snow, get low-paying jobs, and live happily at the foothills of their white-powdered wonderland.

Now the ski bum is of a different kind. As resorts cropped up in these areas, tourism increased. Another class of ski-lover emerged, distinct from the ski bums who had shaped their lives to satiate their passion for the sport. It was an elite, upper middle class to upper class crowd that saw the space as transitory, as a playground to be exploited to the max. Additionally, a generation of new aspiring skiers emerged from the woodwork wanting to flash the badge of being adept skiers as a way of acceptance into the upper echelons of the American bourgeoisie.

This critique is less so about money and more so about attitude, perspective and the need to be part of an elite club. It completely changed the sport. By and large, it is less of an inviting community than it once was.

The environmental point against skiing goes hand-in-hand with economics, and dovetails with the point on culture.

Firstly, the presence of ski resorts has made housing almost unattainable for a large swath of the population. True, it has created substantial work opportunities for the people in those towns; however, what is employment when you can't afford to live near it? According to housing data compiled by BJ Adams and Co., an Aspen-based real estate agency, the average housing cost in 2013 around Aspen was $4 million.

Second, the environmental impact of preparing a mountain for resort-quality skiing is quite high. If you consider how much manicuring, reshaping, clearing, and grading goes into making a ski resort viable, it becomes clear that a lot is lost in the process. In fact, studies have shown that the impact on native wildlife, especially in those regions where plant and animal growth are both slow and scarce, is alarming. Not to mention the effects of carbon emissions from traffic to Alpine villages.

Third, all of the environmental damage has quantifiable economic repercussions. To pick one of the many shortfalls, the entire winter sports industry is threatened by the environmental impacts of ski resorts. As emissions increase and manicuring destroys delicate ecosystems, the land available to skiers is melting away. If this were to continue it would devastate identifiable state economies that are largely dependent on winter tourism.

So, what I am getting at is this: skiing was never intended to be recreational, when it did become recreational, the very passion that stoked it was disfigured until it resembled frivolous gratification more than conviction, and, as a result, it's wreaking havoc on not only people's livelihoods but on our environment. To top it all off, it's painful, frightening, and not nearly as enjoyable as people have painted.

Dan Davies gets where I am coming from. He is battle-scarred by the same naïve optimism that brought my family and I to Sunshine Village.

Dr. Jim Taylor, on the other hand, could have picked just about any sport and gotten the same spiritual fulfillment he describes in his piece "Is Skiing the Best Sport."

About the Author
Anurag Harsh wears many hats. He is an entrepreneur, a public company executive, a digital guru, a blogger, a McGraw-Hill published author, an angel investor, and a classical musician who has performed two sold out solo concerts at Carnegie Hall. Follow him on Twitter.