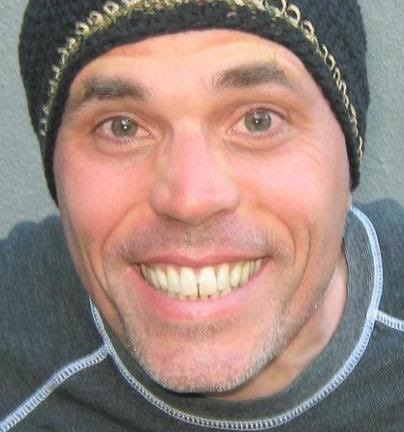 I have a cadaver's butt in my mouth because I used to grind my teeth.

I unwittingly became a tooth-grinder during a stress-filled period of my life in which I lost everything. I was maligned, financially gutted, publicly shamed -- even arrested. My response? My subconscious mind could not control the whirlwind of failure which had engulfed my life. Instead, my body found another puzzle to try to solve: align my teeth. However, as my bite is far from perfect, my jaw undertook an impossible task, shifting my teeth to and fro as I slept.

Of course, I wasn't the only one with 'bruxism,' which is the medical term for tooth-grinding. Physicians will tell you that almost every adult, and many children, grind their teeth at night at some point or another. It's not a problem when it happens only sometimes, but about five percent of the population suffers physical problems caused by intense, long-term teeth-grinding. The problems include broken, worn-down or lost teeth, and soreness in the jaw.

In my case, the result was severe gum recession, due to pressure the grinding exerted on the gum line. In the areas where my gums sagged below the enamel, I had gaps which exposed bone.

I'm 49 years old and in generally good health. I've never broken a bone, I raced bicycles for a living in my 20s and I run regularly. I still have a lot of life ahead, but my teeth were aging much faster than me.

A couple of months ago, my dentist told me bluntly that "this is not going to get any better." This sent me down a path to having a cadaver's butt in my mouth.

In April, I visited Paul Petrungaro, whose Twitter profile describes him as "an internationally recognized leading pioneer and specialist of immediate tooth replacement, dental implants and bone grafting."

As a specialist in periodontal, or gum, issues, Petrungaro agreed with my dentist's assessment that, on its own, my gum situation wasn't going to right itself. In fact, he said, without some remedy, I would likely begin losing teeth. The recession in my gums was too severe to be reversed by treatments for mild gum problems.

For an advanced case like mine, Petrungaro said, the best solution would be gum grafts, in which cells from a human cadaver, most typically the butt area, are implanted in the patient's gums. Over time, he advised, my gums would grow over the implants, representing a long-term solution to my gum issues.

The 20-year-old procedure known as ADM (Acellular Dermal Matrix grafts) provides two significant improvements over the older practice of transplanting the patient's own gum or palate tissue to the site of the receding gums. The first is that, while the amount of tissue one's mouth can provide on its own behalf is limited, there's essentially no limit to the amount of donor tissue available from the rear ends of cadavers. Second is that a patient will have only one surgery site within the mouth, the tissue-receiving site, instead of two, for giving and receiving tissue.

Keep in mind that this is a well-established, fully regulated procedure. The US Food & Drug Administration has strict testing guidelines for cadaver donor tissue that is headed for a recipient. Screening excludes donors who've been exposed to HIV, Hepatitis B or C, and other pathogens. The tissue is stripped of cellular components, leaving the collagen structure and proteins that will help the recipient's tissue grow until it eventually occupies the space where the donor tissue was implanted.

Thus reassured, I agreed to go through with the procedure, all at once for 16 teeth.

On the day of the procedure, I chose local anesthesia, so I stayed awake for four hours as my mouth was pulled open wide by an assistant, while Paul popped out my gum-line fillings, cut my gums with a laser (I could not feel this, but I could smell the burning flesh), implanted the human cells, then stitched my gums shut.

After a week, the swelling had subsided and I could expand my diet beyond soft foods. Now, two weeks later, some of the stitches came out on their own (which I was advised was likely to occur). My mouth is still tight, but opens enough that I can see the human cells partially encased by my gums.

Although I do not imagine that a human tissue donor anticipated that their butt would be put to good use in a tooth-grinder's mouth, I am grateful for this second chance at gum health. My wife shares my gratitude.

The cadaver's cells will enjoy her kisses.

More:
healthy livingStressTeeth Grinding
Newsletter Sign Up
The essential guide to taking care of your mind and body
Subscribe to HuffPost’s wellness email
Successfully Subscribed!
Wellness delivered to your inbox