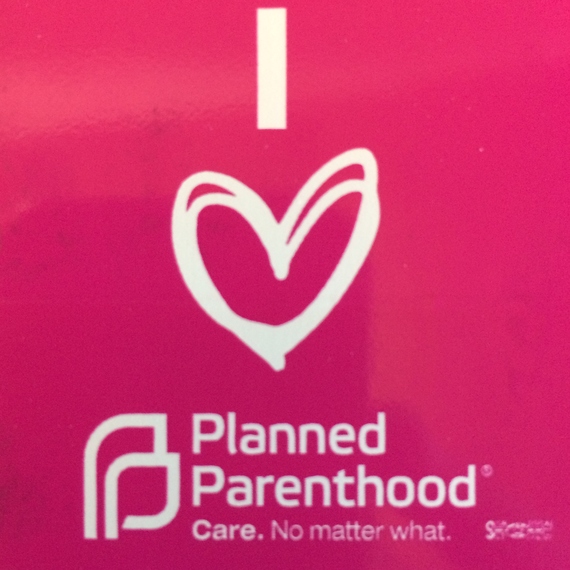 I was going to be willing to stand up and say it: I love Planned Parenthood.

I walked out of a meeting this morning at a Planned Parenthood office/clinic and saw a lone protester holding a sign that said, "They kill babies here." I have a lot of thoughts about that sign but I will restrain myself.

Let me back up.

On Easter Sunday, I preached to my congregation, as you would expect a Christian pastor to be doing, about resurrection. The challenge I felt and shared this year was about filling places of death with life. The tomb the women in Mark's Gospel encounter is not empty. It is full. t is full of mystery and wonder and messenger who tells them that Jesus has be raised from the dead. That Jesus would meet them -- as he promised -- and that they needed to go and tell, see and share, participate in resurrection life.

The challenge I felt and share with my congregation was that we needed to be people who rolled back the insurmountable stones that trapped people in death. That we need to fill places of death with good news. That we need to "raise people up" even as we are raised up.

And then today it hit me: When I saw that message of death, that what these dedicated people were doing for the lives of those who come to them was exactly that.

They were rolling back stones too large to move. They were working hard to remove shame and barriers and replace them with care and nurture. They were promoting life in a place all too often named a tomb. They were resurrection workers. Though they wouldn't call themselves such. They are just doing what they feel every human being should do.: Help those who don't know where to turn, and present options (all too often, impossibly challenging ones) to people who were shut down and shamed at the other doors available.

Why do we make it so hard for people to care for people?

I love these people who do not care what others will label them or say about them or even say to them. They care too much about people and too much about life to let hate and ignorance hold them back.

As a Christian, I am called to grace, forgiveness, mercy... and building up of those who life has torn down. And from all I learned today, some of the greatest practitioners of that are the people working at Planned Parenthood.

So I say it proudly: I love Planned Parenthood.

I love the people that are Planned Parenthood.

I love their ministry.

I love that they live resurrection in a way I only talk about it.

"Care. No matter what." Those are words to live by!

This originally appeared on Wrestling With Discipleship.