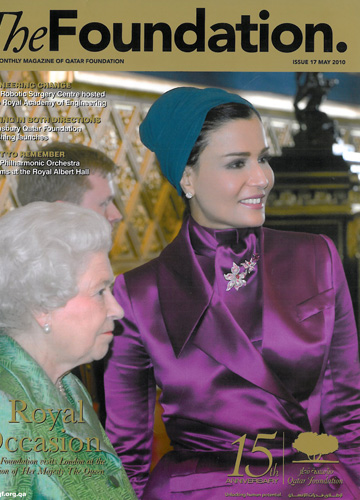 The more I learn about Doha, Qatar, the more I learn how fundamental Her Highness Sheikha Mozah is to the progress of the city. Her nonprofit, the Qatar Foundation, is channeling a significant portion of the nation's wealth into education and charity, among other things.

"Qatar Foundation is dedicated to building human capital in a part of the world where the need and potential for human development are considerable. Through its threefold mission of education, scientific research and community development, it is helping build a sustainable society where the sharing and creation of knowledge will enhance quality of life for all. At the current stage of its history, Qatar is blessed with oil and gas reserves that have brought it relative wealth for the foreseeable future. But this situation will not prevail indefinitely. The only guarantee of lasting prosperity lies in the ability of people to learn, adapt and innovate." -qf.org

A reflection of His and Her Highness' sensibilities, this approach is noticeably more pragmatic than the crass indulgence of their neighbors in Dubai. Not that building an indoor ski slope in the midst of the desert isn't totally pragmatic. When you look up pragmatic in the dictionary there is a picture of Sandra Day O'Conner and Dubai's indoor ski slope.

I've heard Doha's recent wave of growth since the mid '90s described as "development with integrity." Given the United States' recent blood bath of overblown real estate development, I imagined that developing with integrity was a concept that's existence had gone the way of the buffalo.

Doha has about 15 percent of the world's natural gas reserves and is currently the world's biggest exporter of LNG (Liquefied Natural Gas.) This abundance of resources makes Qatar the richest country in the world per capita. I am unsure exactly how much of this LNG money makes its way into the coffers of the Qatar Foundation, but it seems as though QF has a limitless supply of funding for their ventures. 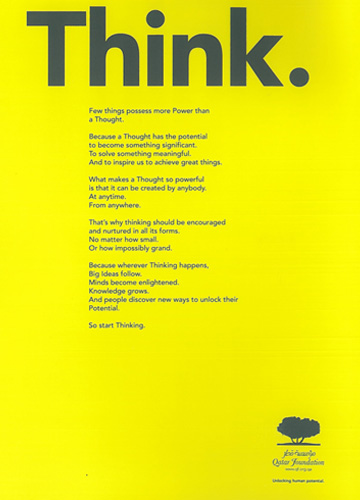 Some of the social development in Doha includes educational programming via Al Jazeera Children's Channel, Reach Out to Asia (a nonprofit bringing high-quality education to impoverished areas of the continent) and The Doha Debates. The Debates as described by the QF website:

"Since the launch of the Doha Debates in 2004, motions have covered whether the Palestinians should give up their full right of return, how much Arab governments care about the situation in Darfur, and whether it is time to talk to Al Qaeda. Speakers have included Israeli Knesset member Yossi Beilin, former British hostage Terry Waite and Hezbollah spokesman Ibrahim El Moussaoui." 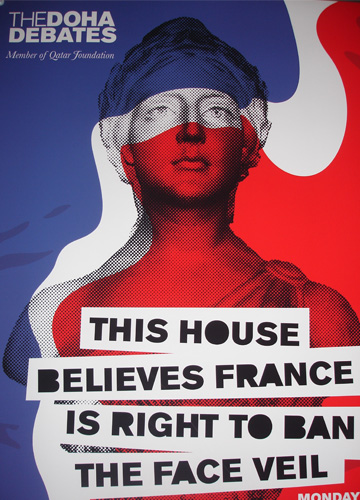 You can check out this and many other Doha Debates online here:

Qatar's flagship is Education City, home to seven distinguished American universities. Additionally there is an Islamic Studies university, a college prep school, impressive science and technology research facilities, as well as a social policy institute designed to help solve complex issues in the Middle East, North Africa and South Asia. Not to stop there, the 14 square kilometer epicenter also houses an Equestrian Academy, the nations first Philharmonic orchestra, and the Doha Film Institute, which recently partnered with Tribeca Film Festival. Unlike most non-profits, the Qatar Foundation's employees aren't struggling to eek out a living. The employees of QF are well cared for, well-paid and well-respected members of the community.

I cannot tell you how many times I've heard the saying tossed around in the media, from political pundits to comedians, that teachers should get paid the kind of salary reserved for actors and athletes. But of course, it's called a saying for a reason, because everyone is saying it and nobody's doing it. Doha, however, seemed to take that phrase to heart. Teachers from Kindergarten through college are paid a king's ransom and treated like critical components of society. Moreover, even in a country founded on the principles of a conservative Islamic lifestyle, academic freedom is paramount.

Suddenly this tiny little country of Qatar seems absolutely courageous to me in a way no other country is. Though steeped in tradition and religion, they welcome challenging thought from such mischief-makers as Northwestern journalists and members of Israel's government. They brought Georgetown, a unmistakably Jesuit university, and despite grumblings from some in the Muslim population (which exceeds 75%) the Amir helped fund a Catholic church outside of the city limits (even though the Christian community tops off at a pithy 8%.) Considering the United States, which is supposedly a vehement advocate of religious freedom, will currently not allow an Islamic founded community center to be built on public land, I find His Highness' decision to support a Catholic Church in Qatar especially fascinating.

It is worthy of mentioning that my workplace, Education City, is considered a breeding ground of immorality by the most conservative constituency here. This is especially the feeling at the Qatar University, a more traditional academic institution that segregates its male and female student body. Some worry that the mixed gender socializing and academic freedom enjoyed in Education City is threat to civil society. Interestingly, Her Highnesses' own degree came from Qatar University, the same college that furrows its brow at her legacy in the making. 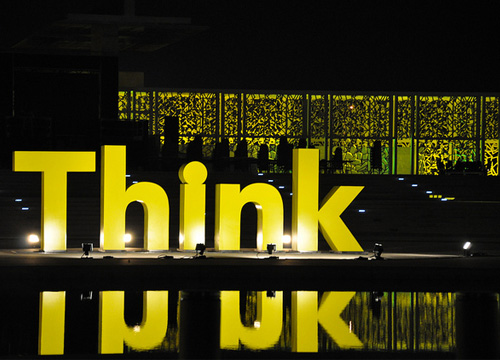 Next Monday, the geeky fan girl in me dishes about my love of Her Highness...

The "Think" sculpture photograph was taken by the lovely and talented NUQ Journalism student, Shannon Farhoud. Check out her work here and here.