Last week, I became an American citizen. My wife and I were among 101 new Americans from 45 different countries who took the Oath of Allegiance at Mount Vernon's special 4th of July Naturalization Ceremony.

It's a privilege, a great honor, and I'm particularly grateful to USCIS for gifting us these unforgettable moments on America's birthday and at the house of America's father George Washington. It was a rainy July morning, but, as one of the speakers at the ceremony put it, the sun always comes out before the pledge of allegiance. 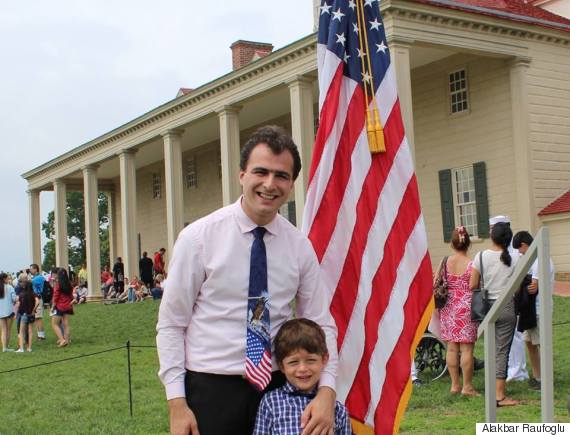 Among the keynote speakers, there were high-level government officials, including CIA Director John Brennan, son of an Irish immigrant. "Like you," he said addressing new Americans, "my father is enormously grateful for all that this country has given him. Like you, he knows what it is like not to be American -- and so citizenship means something extra special to him that is not always found in the native born." 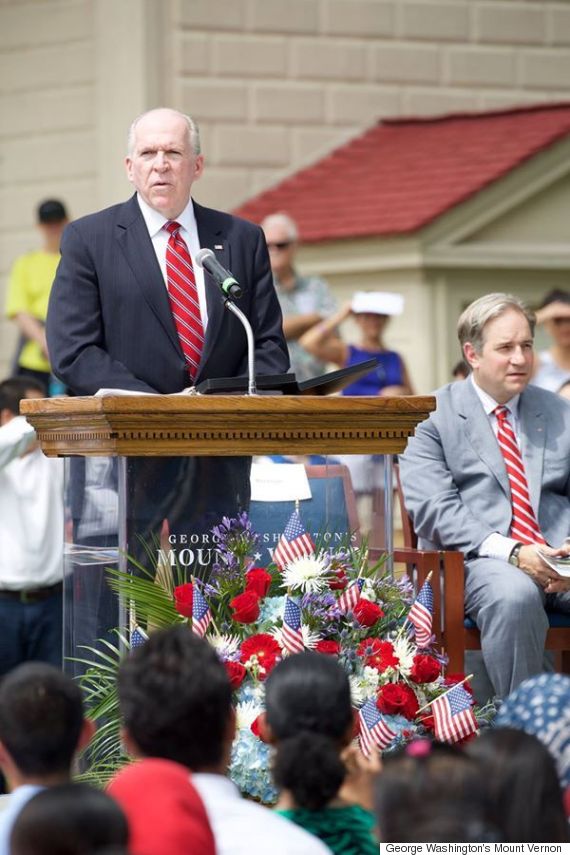 I was listening to the speeches thoughtfully, remembering my own arrival in the summer of 2008 as a young journalist, with a huge smile and so many hopes. Washington D.C. is not popular as the best place where dreams come true easily for new immigrants. But my only dream back then was to be able to express myself freely -- without any fear and punishment, something that should be familiar to many around the world. My arrival to the U.S. was related to my career; I was invited by the Voice of America to work as a broadcaster for the Azerbaijani service.

Oil-reach Azerbaijan is often described by the international media as a sentence for free voices and its government has recently succeeded in bringing the pro-western civil society and media to heel. When my contract with VoA ended in 2009, the agency, along with other western radio stations (almost all of them I used to work for) was already banned from broadcasting on Azeri national frequencies. However, I continued covering Azerbaijan and the surrounding countries for several local and international media.

Over the years, this country hosted me and my wife (also a journalist from Azerbaijan) with enormous hospitality, shared with us more freedoms of self-expression and many others; we regained our voices here. We became parents to two amazing American kids. We paid our taxes, attended universities, followed all the laws, while continuing our activism and being outspoken, especially when it comes to media freedom, corruption, kleptocracy, all around Eurasia. 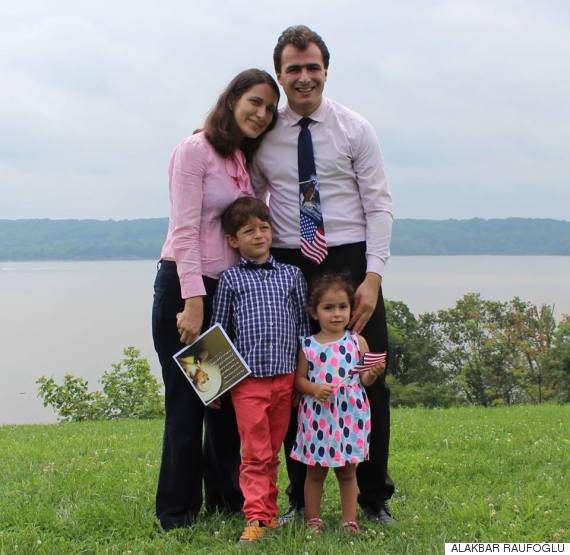 When I raised my right hand to make the pledge of allegiance and the oath of citizenship, on the 239th anniversary of America's independence, I knew that it was 100 percent true. Coming from a country where justice, rule of law are being trampled for the laws of the rulers, I'm lucky enough to be able to practice my rights and freedoms here.

Was it easy for us to integrate into this democratic system? No, of course: there were moments when we felt like our rights were violated perhaps because of our foreign last names or for any other reasons, but we were able to defend our rights, thanks to American legal system. This is a country where rule of law stands above everything and everyone. Democracy is not easy per se; it requires willing and commitments. But is there any better system and formula to raise a strong family? I personally don't know.

After the ceremony at Mount Vernon I was asked by a local newspaper journalist, what it meant to find a new home. My answer was short: no matter new or old, homes always have so much to be celebrated, to worry about, and to fix. That's what the home is about, right?

Yes, this is our home, but I never forgot the people and the whole region that we left behind. I'm thankful for the strength and spirit my Eurasian culture has given me; it will always be there. I had a chance to officially change my unpronounceable name during the naturalization process, but I decided just to let it go, as I've always been proud of my signature under my journalistic articles. I continue focusing on Eurasia at work, and spreading all the values that I learn and practice here.

Today I am proud to call myself a fellow American. Thank you for everything, America, and those who have helped me to reach this wonderful milestone. I am particularly grateful to the values and many other things in this country that made it possible for me to be where I am now.

I'm ready to give back and looking forward to practicing other important gifts of democracy, such as voting as a citizen!

A Washington, DC-based journalist and researcher with a focus on Caucasus and the wider Black Sea regions.