Some people are very private with their cell phone passwords. Other people wish they didn't even have to have one. I'm not sure why different people feel the way they do, but the private people are very circumspect if you ask to use their phone. They manage to put in their password without others seeing and the person who made the request to borrow the phone seems to know not to watch this personal interaction between the owner and his or her cell.

So how does this enter the world of romance? Passwords were designed to prevent access for strangers but inadvertently they became barriers for couples. Again, there are different types of people especially in differing age groups. Young romantic teens tend to expect calls to be answered quickly and create all kinds of interpretations when they aren't: "Doesn't he like me anymore? It's been ten minutes!" Or, internet daters try to size up their potential matches by the way they do and don't return calls--some reacting like teens wanting many calls returned quickly--others feeling frequent calling is moving too fast for comfort.

What about partners who have lived together or been married for a long time, say 20 plus years? Many of those didn't grow up with cell phones. Some easily remember not only "cordless phones" but coiled phone cords that stretched across the kitchen. As they joined the younger generations and learned to email, use cells, and text, they caught up with the furtive or open password users. Someday a sociologist or psychologist will begin to classify these differences as personality types!

Well, now that I've laid the ground work, I'll tell you my story.

One day out of nowhere my husband said, "Oh, let me tell you my password." And so he did. I was first surprised because we'd never discussed it before but even more surprised by my reaction. I was deeply moved.

A sensation of tenderness swept over me. Now I'm a very independent woman, but I like when he looks after me. I was grounded by this renewed expression of security. It may sound old fashioned, but it wasn't chauvinistic; it was chivalrous. I believe it's what happens in lasting relationships.

I felt both cared for and trusted. Taken care of because he was suggesting I might need his phone some time. He wanted me to be able to have it available because he knew I didn't always carry mine. (I'm the type who doesn't take her cell phone everywhere.) And I felt trusted because a password is by definition private, so this offering felt remarkably intimate.

It was a significant unexpected moment--actually out-of- the blue romantic.! Who could imagine that password sharing could feel so warm and pleasurable? I felt the joy of being his spouse, the looked-after protection of a genuine partner, and touched by his wish for our togetherness. 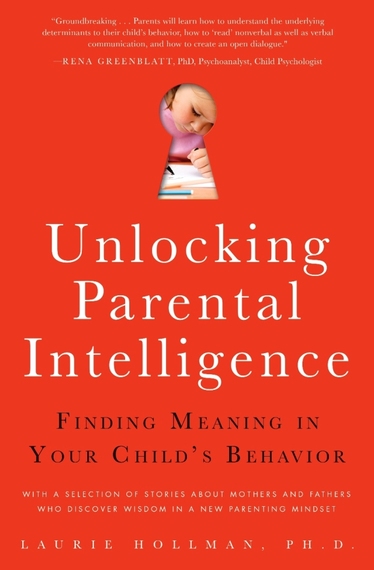 Laurie Hollman, Ph.D., is a psychoanalyst whose upcoming book, Unlocking Parental Intelligence: Finding Meaning in Your Child's Behavior, will be released October 13. Before then, it can be preordered at a 21% discount from Amazon and Barnes & Noble.

More:
partnerpasswordsjoytrusttogetherness
Newsletter Sign Up
An essential daily guide to achieving the good life
Subscribe to our lifestyle email.
Successfully Subscribed!
Realness delivered to your inbox