My father died spring break of my junior year of college.

I remember my mom calling me the night she found out. Her voice -- normally big enough to fill a chapel -- felt smaller on the other end of the phone.

A laugh escaped me. It dangled momentarily in the leaden silence between us, suspended somewhere between shock and incredulity.

"What are you talking about?" I scoffed.

"They found his body in his house."

Her voice didn't warble that time, but I shook my head, willing it to not be true.

I hung up. As if disconnecting the call would somehow take back her words and reverse the death sentence.

I dialed my siblings. My brother, Chris, answered on the second try.

"Hey," I said. "I was just wondering if any of you'd heard from Donald lately?"

I tried to say it coolly. Tried to hide the cracks in my voice.

A long pause. I knew he was gone.

Chris droned on on the other side of the phone, but I couldn't make out what he was saying over the sound of my own internal screams. We agreed to talk later. I laid on my bed after we got off the phone, cradling a pillow close. I wept into it.

I didn't talk to my mother about it and she didn't try to play therapist. I was glass then -- fragile and best left untouched -- and I think she sensed that.

Yet even with the space she gave me, I still felt suffocated. Like I was choking on my father's memory. And I was.

My father haunted me long before he died.

Growing up, my mother never spoke of him. She'd stiffen at the mention of his name, so I didn't ask about him much.

We had a single, faded Polaroid of him and my mother at the hospital after I was born. My mom had tucked it in the back of an old photo album and I would sneak looks at it sometimes. I would stare into those mica eyes of his, scour to find my features in him and dream about what it would be like to finally meet.

Two months before my 13th birthday, we did. At my aunt's funeral.

I remember darting out of the claustrophobic church, looking for my mother only to find her shuffling uncomfortably next to a tall, salt-and-pepper-haired man. I remember slinking towards them. My eyes locked onto the man, something about him both familiar and alien.

He looked at me the same way you marvel at a half-finished project.

He took my hand, introduced himself and asked way too many questions -- about where we lived and where I went to school -- and I, being 13, was all too eager to feed him information. My mother's cheeks flushed. She quickly wedged herself between us and whisked me away to the car.

But I had seen him. I had shaken his hand. He was real to me now and my mother couldn't keep that part of her past -- that part of me -- at bay anymore. I was grasping at this romanticized daddy-daughter ideal and I craved to know him. I craved that look of pride.

But I wasn't ready for the broken parts of him.

I didn't know a thing about resentment until we started talking. I didn't know how far people could veer from your fantasies of them. I did not know that kind of disillusionment.

My father had a drinking problem, and he was abusive. My mother left him after she had me, convinced that she was better off raising me alone than in a household under siege. My father didn't deny any of the stories and he didn't offer an absolute apology for them, either. It was always, "It's complicated," or, "People in love make mistakes," followed promptly by "I'm still your father. You still need me."

I oscillated between resenting him and trying to prove I was worthy of his love. I won a statewide minority pageant in high school. I got accepted into a top public university. I made Dean's List semester after semester. I did this all to convince myself that I was valuable and that he should have done better by me.

Still, I couldn't bring myself to talk to him.

He called our house after I won the pageant and I walked away from the phone. He sent texts every Easter, Thanksgiving and Christmas, but I steeled my heart off to him.

Things finally boiled over one Christmas, when he accused my mom of poisoning my opinion of him. I exploded and told him to stay out of our lives.

And the hurt continued.

Then it hit me: We were now truly separated and it hurt even worse. A year later, I understand why. It wasn't so much that I didn't want Donald in my life. I just couldn't accept him as he was -- broken, flailing and human.

It's easy in all our anger to lose sight of it, but our parents are people too. They have their own issues, their own demons, and they deal with them the best that they can. My father chose destruction in his earlier years, but he tried to make amends. Maybe he couldn't give me the apology I wanted. Maybe he could not be the man I imagined, but he was still my dad.

We were both just broken pieces of glass, and now I'm finding a way to live as a mosaic.

PHOTO GALLERY
Quotes For Wisdom
Download
Calling all HuffPost superfans!
Sign up for membership to become a founding member and help shape HuffPost's next chapter
Join HuffPost
Voting Made Easy
Register to vote and apply for an absentee ballot today
Register now

I Laughed When My Father Died
Quotes For Wisdom 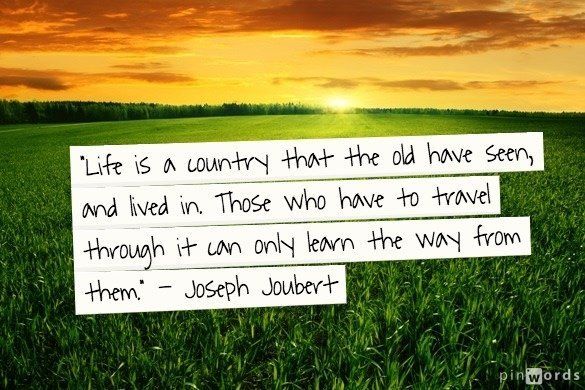