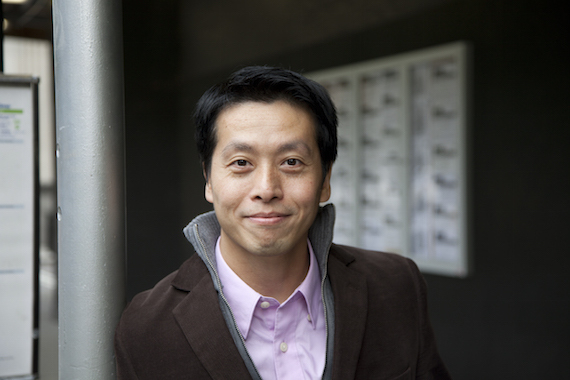 In high school, I wasn't into anything outside of family. I would walk by people watching the news, and I had no interest in it whatsoever. It didn't relate to me.

One day in 1989, my history teacher announced that we could volunteer to go on an after-school trip. It turned out to be conference featuring the U.S. ambassador to South Africa. A woman came up and introduced herself as Carole [Artigiani, Global Kids' Founder and President Emerita]. A few weeks later, she called and asked, "Would you like to continue to go to programs like the one where we met?" I said, "Is it free?" because my family didn't have much money.

Carole was just launching Global Kids. She started organizing events and inviting me. At all the programs, young people were invited to talk. It was interesting that someone wanted to hear my opinion. I soon realized that when somebody asks you for your opinion, you have to understand what are you having an opinion about. That motivates you. It becomes a learning experience. It was so different from my high school where the teachers were just trying to control the room rather than get the students interested in what they were talking about.

After high school graduation, Carole started to get me more involved in GK activities. I was an intern and on the board. Every year, Global Kids developed conferences. Adults spoke to young people in workshops, but then the young people had a forum to discuss and question what they had learned. The staff would bring in hundreds of students from different schools around the city.

Oftentimes, these conferences were held in donated spaces. Afterwards, the young people would talk and hang out. I told Carole that I learned things that I wanted to teach other people, and they had things they could teach me. Later, I was invited to be on the Board of Directors, and whatever I learned at the Board, I would teach to other students.

Carole opened my eyes to different stories that made me realize that humanity is about relating to other human beings and not closing them out.

Without Global Kids, I would probably have finished college, but probably not in the way that allowed me to socialize and interact. And now, I have news apps all over my Kindle. I get bored if I don't know what's going on in the world.