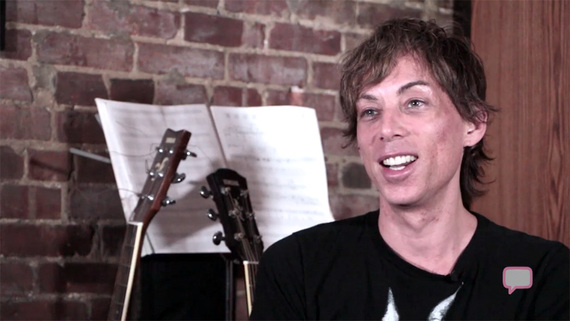 What drives a person to perform in drag? Keith Levy, also known as a drag queen by the name of Sherry Vine (check out her YouTube channel here), is here to give us his life story as an answer. For Keith, a single song inspired him to change his life course from acting to drag. It all began with Ella Fitzgerald's "Black Coffee." Keith explains:

My entire life and vision was on this path of being a movie star. And then it was kind of just like, "Oh, there's this song, 'Black Coffee,' this torch song I've always wanted to sing." And I was like, "Well, I can't really do that as a guy! No one wants to see Keith up there singing this song." I was like, "Maybe I'm going to do it as this tattered ex-showgirl." And people really responded to it.

The transition from actor to drag queen was difficult for Keith and involved being honest with himself and his family about what kind of performer he truly wanted to be:

Keith has performed as Sherry Vine for 22 years and has faced his share of hatred and discrimination, sometimes coming from the LGBTQ community itself. Doing drag can be a great form of comedic entertaining, but yes, it can sometimes be a drag. Keith explains:

[J]ust the fact that you're a man who puts on women's clothes, and when you walk out that door and you're bombarded, sometimes, with hate and anger, then it does become political. I mean, I've been chased down the street by a gang with bats. That was scary. I've had bottles thrown at me.

People who perform in drag have an important voice to share, especially within the gay community, if you will. I mean, we all have to come out twice, because we come out once as gay, and then we come out again as drag. And people ... are like, "Oh, yeah, my parents had no problem with me being gay, but they hated-- they freaked out when they found out that I did drag."

To see how Keith and Sherry slay on and off the stage, watch their story below: