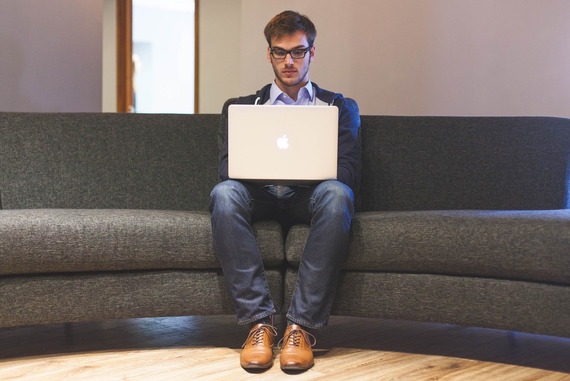 I've been with my boyfriend for 5 years and we live together. In the beginning we were madly in love but then, as with most couples, things changed. We argue all the time. He runs off to Florida for the weekend to visit his friend and only tells me 12 hours before his plane departs. He spends all of my money, and is just completely rude to me. And I can't seem to let go. Mainly because we live together and it would be such a hassle to just separate everything.

I started a job about 8 months ago and there's a coworker there that caught my eye. I rarely see him at work because he works at another building, but during work parties and events we bump into each other. We've been texting and hanging out for a few months now and I feel myself just falling for him. And he already told me that he likes me more than a friend. We are very attracted to each other, and we have the same beliefs and he's goal oriented. He has his "sh*t" together. He has his own place, has a great job and is furthering his education. He's the one who pushed me to go back to school, and he's been helping me every second of the way.

We have kissed and when I kiss him, I feel something I've never felt with my boyfriend. And I know it's wrong, but my boyfriend and I just don't get along. He doesn't even tell me he loves me anymore. I swear, he just looks at me with disgust, but I can't let go. I'm only 22 and I know I'm young and I want to so badly leave my current boyfriend and just date this co worker. I just don't know what to do. I'm so stuck.

I love my boyfriend but I don't think I'm in love with him anymore. I'm sorry if this is all rambled I just really don't know how to put this all into words. Please help, or at least some input would be appreciated.

You've already answered your own question: Your boyfriend treats you badly, you're not in love with him anymore, and you're basically already cheating on him with someone you like better. Whether or not you have any future with this guy at work, it's irrelevant: you've got to breakup with your boyfriend and move out.

Convenience is not a good enough reason to stay in a bad relationship, only to be made worse by your cheating. You're only 22, you've got a lot of living (and loving) to do. If you can't afford living independently, get a platonic roommate. Then you can pursue this coworker with a clean conscience and without any boyfriend baggage.

And hey, if it doesn't work out with the new guy, it won't have any impact on your living situation! Your job, on the other hand? Now that's another question entirely. For more advice on your conundrum, see our 5 relevant posts below.