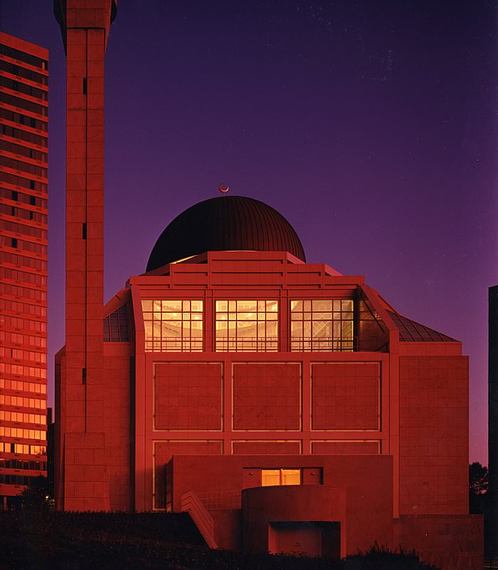 I live next door to the Islamic Cultural Center, the first Mosque ever built in New York City, which is located at 96th Street and Third Avenue. Every morning I buy a coffee from Omar, a Muslim who runs the corner food truck, and some of the people who live in my building worship at the Mosque and send their children to school there as well. I'd walked past the Mosque every day for ten years, yet I knew almost nothing about the religion or culture, other than what I saw or heard (mostly negative) from various media outlets.

I am Jewish, and I faced anti-Semitism growing up and remember my father repeatedly telling me that people fear what they don't know. Learning about the Mosque was easy. I went to the website and clicked the contact tab and called the number it provided. I explained to a receptionist named Mohammed that I was a neighbor and wanted to introduce myself, and an appointment was quickly scheduled with Imam Saad Jalloh. I found the Imam to be reserved and formal, yet he greeted me with a warm embrace before we went to his office, and he and his entire staff made me feel completely at home.

I asked the Imam to tell me about Islam, and he began by explaining that Muslims contribute Zakat -- an obligatory charitable donation that is very similar to tithing in Christianity -- which is used to help those in need throughout the community. "We have a program called Midnight Run that reaches out to the homeless and distributes food and clothing to them once a month between 10pm and 5am," said Imam Jalloh. "We've also helped people buy bus tickets, get MetroCards, find jobs and places to live." The Mosque distributes nearly 25 thousand dollars in charity every three months, all from Zakat.

"We built the Mosque for men and women to come and pray and to serve the community at large, whether they are Muslims or not." -- Imam Saad Jalloh

Between 700-1000 people visit the Mosque on a daily basis. The number rises to 2,000 people on Fridays for congregational prayer and the worshipers are comprised of more than 45 different nationalities.

Our conversation shifted to misperceptions of Muslims. "The reason that many people don't understand Islam is that they've only heard it discussed in a negative way," said Imam Jalloh. "ISIS does not represent Islam and Muslims. What they say is nothing more than a trick to show the wrong face of Islam. I've always told people if they want to learn about something they should go to the source."

I went to the source and found everyone I met at the Mosque to be warm, friendly and accepting of other cultures and religions. The women working in the office were treated with kindness and respect, and like my friend Omar, they are all a part of my community just like anyone else.

What truly makes America great is that it has always been a melting pot of different cultures and religions all living together in harmony. We are a nation of tolerance and freedom, not of oppression and tyranny. It's incumbent upon us to educate ourselves about what we don't know, rather than listen to people who propagate hate and fear.

As I was leaving, Mohammed said: "You should have called sooner. You are always welcome."