This speech was delivered at Wired 2015.

There is the sad Russian joke about a Russian going through passport control and he gets asked by an officer: "Occupation?" "No," replies the Russian. "Just visiting!"

Every time I go through passport control somewhere, I am really lost when an officer at border control asks me about the purpose of my visit. I really do not know what to answer.

I feel that I do not fit into the existing categories. I live without borders.

Am I just visiting all the places where I go to? But what if I'm here to do a speech or to work, to make a political protest, to write a song or to a live for a while in a place -- am I living, working, visiting or am I doing something else?

My home is everywhere and nowhere -- yesterday I was in Sofia, Bulgaria, today I am in London and in a week I'll be in Moscow.

I live without borders.

When Ai Weiwei was finally allowed to travel outside of China, we met him in Berlin. Now he's in Beijing, in a week he'll be back in Berlin. There are few borders people actually do know these days.

When my convoy delivered me to Moscow from my first prison, the prison boss questioned us on what cities we were from. When it was my turn, I answered:

"I am a citizen of the world!"

The prison boss got mad and started yelling:

"Outside you're a citizen, but here you're just a convict!"

As the feminist philosopher Rosie Braidotti says: "At the start of the third millennium, in an age of global and differentiated mobility, a diffuse sort of nomadism defines the location of many subjects..."

So today's nomadism is a clear understanding about the mobility of borders, it's an intense feeling to cross the territories and borders of everyone.

As Braidotti puts it (and please, please read her if you haven't!), the ideal nomad has the following qualities:

One -- mobility -- the possibility to move without mentioning borders, to cross the borders of others.

Two -- the unclear definition of yourself -- it's when you feel yourself as a citizen of the world and shift boundaries that define your nationality, location, citizenship, race and class.

Three -- activity, a nomad is very active and political.

The global economy is already built according to the ideals of nomadism -- it already knows no borders. Laws and goverments are much slower, they really lag and fall behind.

Our governments still believe in the power of borders -- and thats why Europe closes its borders to refugees and Putin takes Crimea. We have to step away from this 19th century logic and understand how to live in the 21st century -- without borders. The 21st century is the century of ideas, not the century of locked borders, razor wires, refugee camps and huge armies.

And what is globalization in the good sense, if we really are living in a global world? It is the free movement of people, along with goods and ideas.

Migrants are innovative and entrepreneurial. In the 19th century, a third of the population of Sweden, Ireland and Italy emigrated to America and other countries. The U.S. is the very best example of how dynamic a country of immigrants can be.

We are huge fans of the concept that the increase in immigration we are seeing right now will greatly boost Europe's economic growth, just as it has boosted and allowed the U.S. to become a prosperous nation and thrive in early 20th century. Europe and especially new-age technology pioneers have to think of the best way to collaborate and integrate with new Europeans that are coming from the Middle East, Africa, Asia and everywhere.

Let's show that democratic nations are capable not only to send bombs as their response to international matters -- but to welcome millions of new citizens and work together with them to achieve great results.

We as citizens must not wait for our governments who can be too slow, too inert, way too plagued by populist votes and tendencies -- but let's take control of the situation ourselves, create networks and use technology to do what our own governments can't do.

If Prime Minister Cameron calls migrants "a human swarm" -- then to counter that we have to show migrants our warmth and solidarity. For instance, we can fundraise, create useful apps for migrants to use and build houses and shelters in the "jungle" refugee camp in Calais -- like our friends from London are doing.

Or take the amazing example of people in Iceland who united and offered refugees 10,000 places in their own homes.

Let's think of how we can creatively work and use the tools that the new digital age gives us to become a welcoming society, where people can genuinely collaborate. 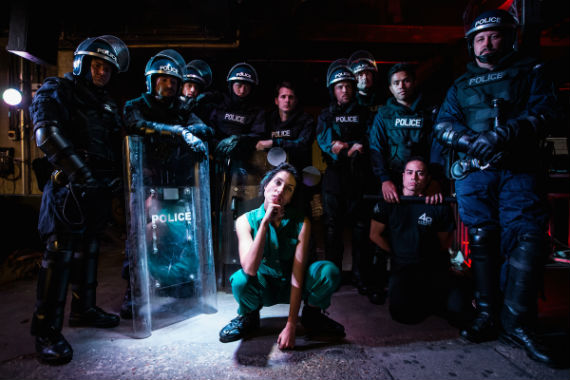 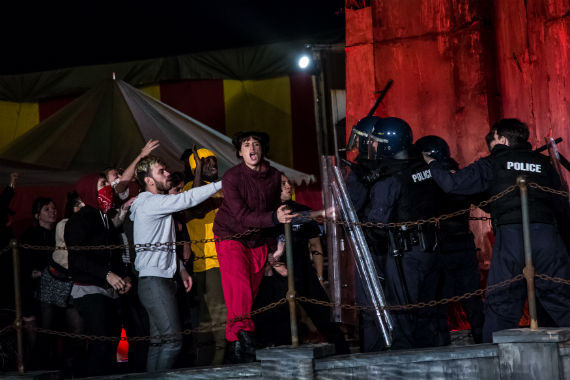 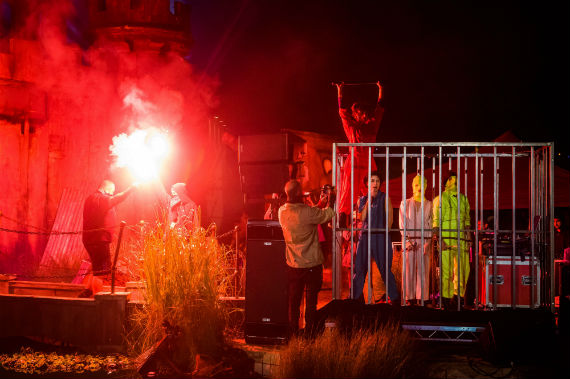