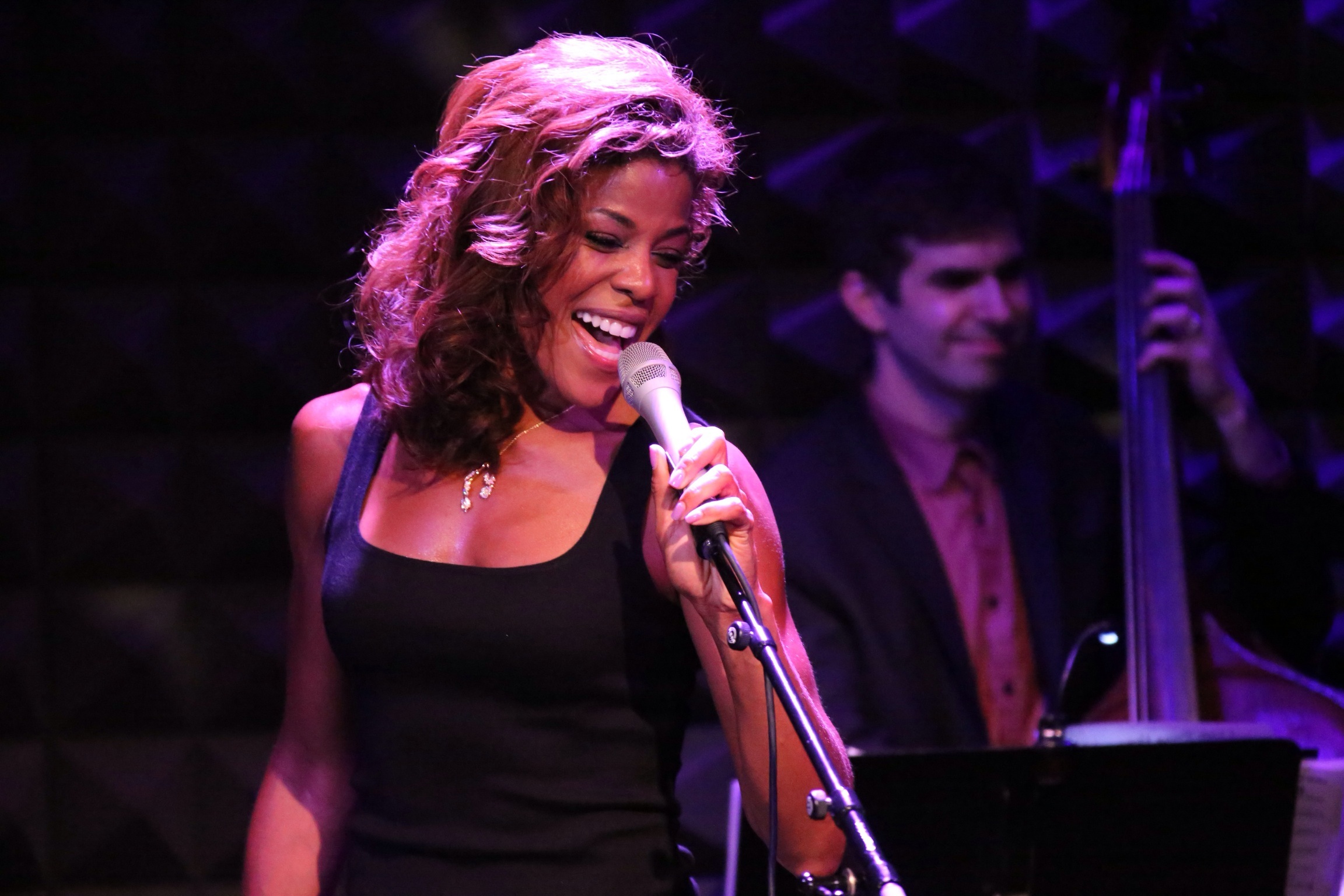 Nicole Henry welcomes listeners to a house of many rooms. That was the feeling I got when I first saw her perform at Joe's Pub in Manhattan, NYC. I watched a full house enjoy the wandering from room to room.

But humor me a sidestep, first. I have a strange and critical starting place when it comes to American singers. Regardless of the genre, my perspective begins with the national anthem, because it is soul music in its most essential form -- music of the soul.

The spirit that is breathed into the anthem comes inordinately from the interpretation, not from its war poetry, not from its borrowed (now fully appropriated) British tune that spans one and a half octaves to give praise to the god of wine (Bacchus), and not even from the occasion of its writing, being penned in the full spirit of victory and freedom while it would take the nation many years to officially correct the barbarism of not recognizing simple humanity in all mankind ...under that still-standing flag.

For the "freedom" to be felt in this song, we have only one hurdle, but a big one: how it is sung. That is where the message comes through. Even the audience feels the weight of the scene just before the singing begins: see Floyd Patterson. And when a singer "brings it home" the right way, all petty and serious politics fall to the ground.

So, let me end this commentary where I started -- a house of many rooms. Without mentioning this anthem quirk of mine to Nicole, I looked for a version of her singing it and found soul music. We all laughed at my embarrassed relief. I didn't doubt, but, again, it's always a nervous moment.

I trust an artist who can just stand flat-footed and sing this song: The National Anthem.

There's no secret I'll write here about what moves people and changes the way we live. There is only that unique thing that merits a slow and new examination wherever we find it: authenticity.

You travel the world, but I'd like to start with the affinity you find in Japan for your music since the Japanese are the premier consumers and aestheticians of world arts and culture. Can you tell us about that relationship and what that means?

I like to believe that non-English speaking listeners enjoy my recordings and my live performances because they can hear and feel the empathy with which I deliver stories and emotions. I am deeply sensitive to people's joy and pain, and I think that truth can be compelling to a listener because they know I want to relate to them at the most basic level of feeling, barring ethnicity, language, and anything else.

I was blessed to find a fan base in Japan in the beginning of my recording career in 2003, before my debut CD was even nationally released in America, and I've traveled there 12 times to date.

I have always felt that Japanese listeners sense sincerity in music and they can hear people's souls through music. Often they are not directly connected to the lyrics (although now, more than ever, everyone understands English) but, they seem connected to the overall energy, and level of musicianship and expression. Sometimes I agree that THAT is all that matters.

I think the Japanese made listening and finding INDIE music popular way before the US made 'INDIE' a term in the '90s. I believe the country has been diggin' on American/English since the 1940s wartime and have religiously imported it. Without having studied their politics and culture deeply, I would still believe the freedom of expression and the diversity of the sounds is what they enjoy.

When I mention policy in the context of music, I think of how people change when music hits them. Marley says... one good thing about it, when it hits you, you feel no pain. What do you see at that intersection of music and how we live?

HA?! No pain? Depends on what's playing! I partially agree with Bob Marley -- music is like a big, tight hug...or like a cozy, warm coat in the dead of winter. It can surround you, comfort you and take you away. But then there are times that music reminds you of the pain you have in your heart that you avoid feeling. But in recalling that pain, and having someone be there with you (the musician), you can face it a bit easier, and let the fear and hurt dissolve a bit. Music can make you stronger in that way.

So when you say the word "policy" to me, in regard to music, I think of our public education system in America and pray that music and arts go back to being a mainstay in our schools. How can we deny kids the opportunity to feel, express and relate to emotions through art?

Artists see us in a way that we can't see ourselves. I wonder if you can tell us about us. A performer takes the stage and we sit in darkness, surrendered to being entertained and spoken to. What do you see in our faces as we await that experience?

I try not to focus on faces too much while I'm performing :O) I'm far too sensitive to try to read the faces of my audience members. However, I've learned to look into people's eyes directly while singing and while I am addressing the audience in conversation, and yes, I see hope and the desire to be "connected to." People leave the house and come to be entertained and moved in some way.

When I used to look at faces, I would see and interpret all sorts of things. But in life, we can't worry (per se) about what others are feeling in response to who we are and what we are doing. That's having to be too careful and too "tip-toey" as I call it. I must be truthful to myself, confident in my intent, and I can only be truthful to the moment.

There is a jet stream of music, especially black music, that has seen performers from Billie Holliday to Kirk Whalum, Wynton Marsalis and others finding their home as "the world" even moreso than the US, despite even warm receptions at home. I'm not pitching this as a negative -- just as what it is. Can you let us backstage into what that community is like and how, if at all, it informs music as the world's best meet each other on the road.

In the 1930s-60s, being black wasn't a 'bad thing' OUTSIDE of the United States -- so fortunately, 'black music' found its success overseas, and it has never stopped doing so. Black Music made in America is also distinctively different from Black Music made in Africa or other places. In addition, American Black Music became universal, for various reasons including politics, technology, and culture.

What I enjoy about going overseas to work is communicating with the local musicians and talent bookers, and seeing their faces light up when they speak of meeting or playing with American musicians that I know. However, whether I know the American artists personally or not, it brings a feeling of belonging to an American Music Collective that is sharing good vibes with the world! As if we are Feel Good Missionaries, part of a team, set out to change and positively influence the world. Otherwise, unless you live in NYC or L.A. or Atlanta, we do not get a chance to SEE one another much. And if you do, it's in the airport or at the hotel's dining area in some foreign land. And thank goodness for festivals -- yes, at festivals we get to hang together a bit!!!

I've always said that entertainment is one of America's most sought after imports...that's why I'm left dumbfounded when we don't support arts in the schools.

Flush in Instagram filters, we're on about a 20-year longing for the stuff of only 40 years ago. I'm a film photographer, but I don't begrudge that seeking of some sort of authenticity. Your album art captures it meaningfully. Lastly... Can you tell us about that?

As far as the cover art, I always loved 1970s album artwork. Some of my favorites were the garden shots, particularly, Minnie Ripperton. So my friend Mariama (Mariama Group) connected me with photographer Hannan Saleh and we set out for Central Park. Designer Gordon Jee took the photos and created the artwork to match the 70s vibe perfectly.

... a good place to go out, with this cover and lime-green thoughts of Art, The Arts & Policy, tinged with burnt orange haze.