I lost an old friend this week. Not in the idiomatic sense that he passed away, nor in the literal sense that I misplaced him in a crowded supermarket and never found my way back to him. Although, metaphorically, perhaps that's exactly what happened: we lost each other in the crowded supermarket of life, and by the time we realized we'd gone astray, there were just too many aisles and trolleys and shelves of tinned goods to find our way back. Of course, if I hadn't been pushing a wheelchair maybe I'd have been able to keep up a bit better.

They say that a crisis really shows you who your friends are. I don't subscribe to many things that "they" say, but this one, yes. "Friendship" is a strange concept in this social media world we live in, where our "friends" are either people we deliberately lost contact with after school but whom we now feel compelled to "accept" when they request our name on their list, or people we feel some affiliation with despite the fact that we have never actually met them.

When most people can claim to have at least a hundred Facebook friends, and spend endless hours informing these followers about their daily activities, it is harder than ever to stay in touch with the "real" friends, the ones we used to actually see and talk to. But it's these friends you assume will be there when the proverbial hits the fan. It hurts when this turns out not to be the case.

When my little girl was diagnosed with Rett syndrome, six weeks before her third birthday, I knew that life was going to change, but mercifully, I had no concept at that moment just how much. The geneticist who delivered the news told us categorically not to go home and Google the condition, as we would only find the worst case scenarios. We didn't Google it, but as the months and years have gone by I have come to realize that Rett syndrome is the worst case scenario; no matter how much you know life could always be worse, my nightmares prior to diagnosis had never gotten as bad as the reality which has followed.

Our learning curve about Rett has been a drip feed, a slow absorption of what it really means for our daughter's future, or lack thereof. That drip feed continues, three years on, and I learn new things about Rett which terrify me and make me ache inside every day. Mostly these things are to do with the little girl we lost and the little girl we may still lose: the sense that she has slipped a tiny bit further away from us; the subtle signs that perhaps seizures are not far away; hearing that a girl who could walk independently at Christmas cannot stand alone anymore; the news that another little girl is on life support, or worse. There is no peace. 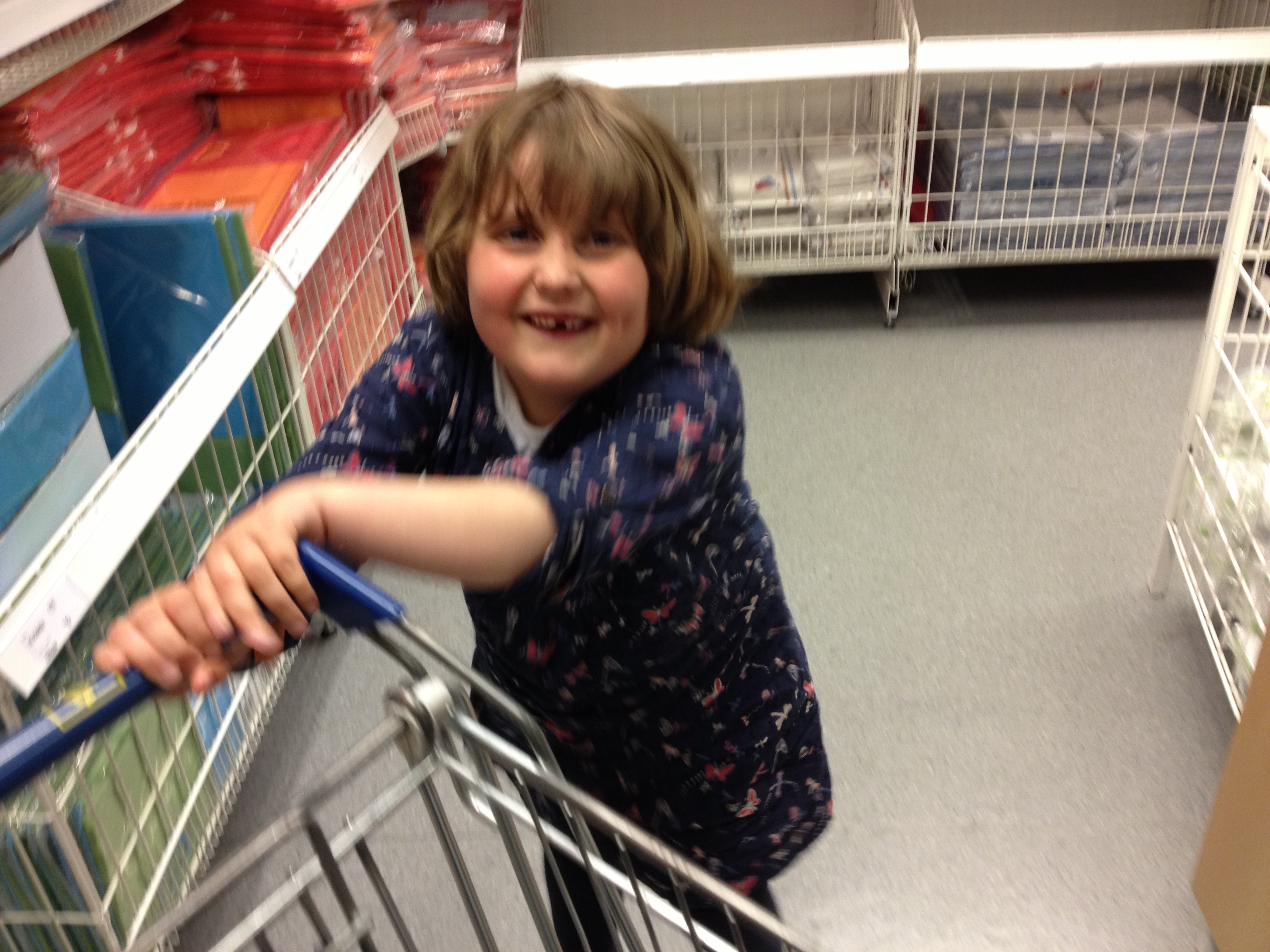 But sometimes, these things are also, selfishly, to do with me and the world I have lost. Perhaps my lost friend would have gotten lost anyway, perhaps our trolleys would have had wonky wheels and decided to take us in different directions regardless. But maybe not. He is not the only friend to become a casualty of Rett syndrome. Some are lost because things are just not that simple anymore: playdates are tough, trips to the beach almost impossible, holidays a gamble. I can accept these losses; they have been in large part replaced by friendships with remarkable people who live in similar worlds to mine, people whom I respect endlessly and see as the "silver lining," if such a thing is possible, to our grief. But some are lost because, in a moment of true and honest need, the friend just wasn't there.

When I was standing in the middle of the supermarket, trolley and shopping abandoned, hands over my ears trying to block out the PA system and eyes tightly shut to keep out the blinding lights, desperately hoping for someone to just show me the way out, he wasn't there. Thankfully, others were, but he never turned up, not even a little late. And so, three years on, it is with sadness and regret that I finally admit to myself that he is lost. Along with many other things I naively assumed would stay around, like my daughter's words, I have to let it go.

I don't know what Rett syndrome is in the supermarket of life; I think perhaps it is its own private supermarket, in which your trolley is swapped with a wheelchair, with tightly bolted doors and shelves buckling under their loads of uncertainty, fear and grief. The customer service assistants have mostly never heard of the load you are carrying, and have no idea where to find the things you need.

The good news is that there is an exit. A small door with a flickering neon light which is getting slightly bigger and slightly brighter all the time. If enough people on the other side notice the door, choose to walk over to it and to pull really, really hard, one of these days it's going to open, and those of us on the other side will watch our daughters walk through.

If you would like to find out more about Rett syndrome or the ongoing research to find a cure, please visit www.reverserett.org.uk.

This post originally appeared on Rett Syndrome and Me Uncut.

More:
disabilityParentsfriendshiprett syndromeFacebook
Newsletter Sign Up
Raise the kind of person you'd like to know
Subscribe to our parenting newsletter.
Successfully Subscribed!
Realness delivered to your inbox