How I Gained It: At age 6 I had a growth spurt that made me noticeably bigger than my peers. I spent my youth on the heavy side. When I graduated high school, I managed to lose some weight and was down to around 160 pounds. I gained weight steadily through my first two to three years of college. I was eating a lot of meals out and not getting much exercise. I primarily ate fried foods and drank a lot of soda and other calorie-filled beverages.

Breaking Point: When I was 21, I was starting to have knee pain and trouble breathing while I took even short walks on campus. I had to get to all of my classes early to find a desk I could fit into. I went to the doctor about my shortness of breath and found out I weighed 320 pounds. I'd never seen the scale go over 300 pounds prior to that, and it was a huge wake-up call. During the same doctor's visit I did a blood test and the results showed that I had nonalcoholic fatty liver disease, which meant my liver was in danger of becoming cirrhotic. I decided then that I had to change my lifestyle.

How I Lost It: The first thing I did was visit my on-campus nutritionist. She introduced me to the concept of tracking my food intake and making meal plans. I was shocked by the amount of calories in some of my favorite foods, like chicken tenders and bacon and cheese omelets. I immediately decided to stop drinking soda and quickly realized fried foods weren't an option either. I used a calorie-counting website and kept my intake around 1,600 calories per day. I learned to cook and to enjoy eating more foods, and lost the first 70 pounds within about six months.

That was late in 2006. I stopped eating fast food in 2007. I started exercising regularly in 2010 and took up running in 2011. In 2012, I switched to an entirely plant-based diet, and now I exercise six to seven days a week. I maintain a blog about my journey. I am currently training for my first half-marathon. 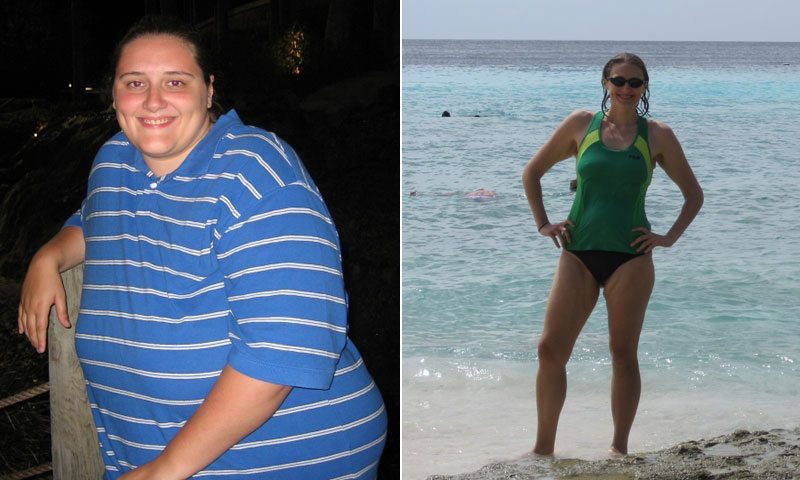