How I Gained It: I have been asked over and over again if I was obese growing up and the simple answer is no -- I wasn't obese in my childhood. However, I had horrible, horrible, eating habits that were offset by a high activity level. I played three sports in high school and did a lot of weight lifting. I wasn't slender, thin or lean. I was what I call thick: I had an athletic body type with a layer of fat on me due to my bad nutritional habits.

Then in my junior year of high school my brother was paralyzed in a car accident, and I became angry. As my anger grew, my reliance on food to numb my pain grew. Going into college I was still numbing my pain with food, but I continued to be active by playing a year of college volleyball. After that year of college volleyball, my activity nose-dived, but my food intake stayed the same and possibly increased, because now I was angry about my brother's accident and the fact that I wasn't able to play volleyball anymore. If you add into the equation bad friendships, bad relationships with boyfriends and a constant feeling of being alone, you get the perfect storm for gaining weight consistently with no end in sight by simply overeating.

The cycle of overeating, feeling guilty, telling myself I would never do that again, feeling pain and then going back to overeating continued for the next decade. Food literally became my drug of choice to numb my pain and loneliness.

I would do my best for a while to get back into shape. I wanted my 20-year-old body back. When I was 20 I hated my body, but when I turned 27 and was well over 200 pounds, I was desperate to get my 20-year-old body back. I would try to eat right and exercise more, as everyone was telling me that was the only way I was going to lose weight and become healthy. And I believed them.

At one point during the end of my college career, my parents were so worried about my health that they sent me to a nutritionist. As I sat across from the 5'10", 130-pound blonde beauty giving me great information about how to eat healthy, all I could think was that she didn't understand that it wasn't a matter of intelligence, it was a matter of my heart. I knew the basics of how to eat healthy but I didn't know even the basics on how to deal with my pain.

I wouldn't say that I have tried every diet out there, but I have tried quite a few. I tried Weight Watchers, Susan Powter, appetite suppressants and LA Weight Loss. None of them seemed to be able to turn the light bulb on for me. And so I gave up. I had met my husband and, by the grace of God, Trey asked me to be his wife and I thought I better say yes because he might not ask me again! I couldn't understand why he would want to marry me. I weighed 250 pounds when we met and I will never forget the day he told me "You can always lose or gain weight, but your character is forever." I felt like God gave me someone who could truly love me for me, the inside me with all my demons.

I didn't need other people to tell me how fat I was becoming, I saw it every day and every day I was ashamed at what I had chosen for myself. It's not that easy to hide your addiction to food. You carry around the consequences of using food as your drug every day and every day you are reminded how bad your choices have been in the past. I tried to compensate by making fun of myself, saying no to social outings, hiding in the back of the room, trying desperately to not get my picture taken, etc. I was hiding from life.

Breaking Point: First comes a husband, then comes a baby, right? And that's what happened. We weren't expecting to have a baby when we did, but we are so very thankful that God gave us Ava. She was and is such a special blessing in our lives. As a new mom I was beyond tired. I have this beautiful bundle of joy in the next room and it takes all my energy in my body to just get up out of bed to check on her. The exhaustion wasn't from a lack of sleep, however that did contribute to my problem. It was from a lack of nutrition for my body. I remember when Trey would be out of town on business and 30 minutes before Ava's bedtime I would call a local pizza place and order my dinner. And yes, it was a large pizza with breadsticks and soda. That kind of diet will not lend itself to creating a healthy body.

I was hiding my bad eating habits from Ava, but she was starting to see the bad food and wanting it for herself. I knew that the chances of Ava becoming an obese woman grew with every day I stayed obese. But I had already given up hope and I didn't know what to do. I didn't know where to start, and it was breaking my heart daily that she was going to grow up with a mother that she would be ashamed of. I started to prepare myself for the day when she came home from school and told me that one of her classmates were making fun of her because of my weight. What can a mother do with that kind of pain but endure the ridicule? And since it was painful to think about, my cycle of overeating to numb the pain continued.

How I Lost It: During the 2009 tax season (I am a Certified Public Accountant by education) my husband told me about Take Shape For Life. One of his childhood friends from church camp, Bryce, who had reconnected with him on Facebook, told him about the program and he really wanted to try it. I laughed. In his face. Out loud. He wanted to take my food away from me during the most stressful time of the year! That is a hilarious joke!

Trey set the information aside and bided his time through tax season. Then in May of 2009 he asked me to look at the program again. He told me all the pros and cons of the program and I agreed to have Bryce over so that I could ask him all my questions. I couldn't get away from the logic of the program and ultimately the fact that I would not have to think about food.

The icing on the cake was when Bryce told me I would experience increased energy. It's not that hard to guarantee an increase in energy level when you are starting at a zero energy level, but still! Energy! True energy. Not caffeine energy. Not adrenaline. Not stress energy. Not a sugar high. Lasting energy! I could get through my day with a clear head. I had never experienced that in my adult life and I wanted to find out what it felt like.

After the second week of being on program, I posted on Facebook for all to read that my husband was absolutely right! Take Shape For Life was the program for us! Within the first week I lost 13 pounds and I never looked back. The first month I lost more than 30 pounds. More importantly, my plantar fasciitis was gone, my consistent back aches in the morning were gone, my left knee stopped giving out when I would walk down the hallway of our house, I stopped snoring and I started to feel like I could finally belong to the human race again.

It took me five months and one week to lose 100 pounds. I wasn't under two hundred pounds yet on the scale, but I had lost 100 pounds! I was so thrilled! I kept the momentum going through the holiday season and by the end of 2009 I had lost 125 pounds. On January 23, 2010 I saw something on the scale I didn't if know I would ever see again -- my weight starting with a 1 instead of a 2 or 3. I officially ended my weight loss phase of Take Shape For Life on August 28, 2010 with a total weight loss of 187 pounds.

Since my weight loss I have found my inner athlete. I have participated in a fundraiser called the Wild Canyon Games for two years now and was honored with being featured in a spotlight video. In 2011, I completed the Portland Half Marathon and this year I am planning on completing the Portland Full Marathon.

I enjoy being able to participate in classes at the gym. I am not the fastest or the strongest, but to me that means nothing compared to the fact that I am there, participating and pushing my new healthy body as far as I can before it physically can't do more.

And look who decided to peak its head around the corner -- hope. At first, hope started to crawl out of my soul like an abused animal praying that this time it wouldn't get hurt. Slowly, as I learned how to maintain my weight loss through the Habits of Health, developed by Dr. Wayne Andersen, Medical Director of Take Shape For Life, hope began to sprout. Hope sprouted deep in my soul and took root there. Hope is what keeps me on my path to optimal health. Hope is what keeps my eyes focused on being a mother my daughter can be proud of. Hope is who I get up with in the morning. Hope is mine. 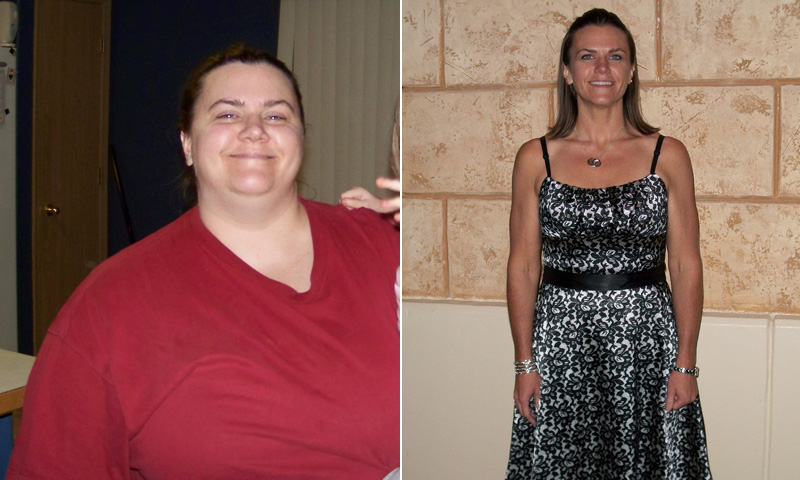