How I Gained It: Growing up I was a skinny and average-weight child, never really had any problems weight-wise. I played football for a recreational league in Georgia and worked hard at becoming a great player. Family issues arose, and I quit playing football. The coaches begged me to come back, but I never did. I was used to the excercise and training, but I was also used to the appetite I gained from doing that. I ate like I was a football player, and along with the family issues, I ate even more because it made me feel better. I was never a social person, so I just stayed indoors and played video games and ate food the majority of the day. I was like this all throughout high school; despite being called the "fat kid," I still continued to eat. I finally reached 260 pounds a little after my graduation date. I got a great job and worked there for about six months, then they fired me for something absolutely outrageous. As time went by, bills were piling up and searching for jobs began to become extremely stressful.

Breaking Point: I was stressed from constant phone calls from bill collectors threatening to take my car and trying to do my best to find a job, which was taking up hours of the day. I had sold all of my electronics to try to keep my bills current, but I was still behind, and I really wanted to eat. But then I just found myself. I noticed that the only thing a bank or financial institution could not take was simply me, my pride and my confidence. I was bored, irritated and just plain-out miserable, and I knew I needed to do something for myself at a time like this.

How I Lost It: After realizing that I should better myself physically, I began jogging and doing other basic exercises, such as pushups, sit ups, you name it. I could not afford a gym membership, but I had one 20-pound dumbbell. I did various exercises using that one dumbbell. I also started to eat smaller portions of my food and replaced fattening foods with healthier options, like salad, fruit, yogurt and baked chicken. I cut out all caffeinated drinks and sodas completely.

A couple motivators had me going. One was music -- it distracts me from the pain while working out and helps me extend my reps. The other was women. But the most important motivation was living a longer and healthier life. I then became determined and was losing pound after pound. It took about a total of eight months until I finally reached what I called the "safe zone" because I had lost 60 pounds that could have really affected my health.

But I did not want to stop there, so I started running. I will never forget it, I had the biggest smile ever across my face, running after losing 60 pounds. I wasn't breathing hard or struggling -- it almost felt like I was just gliding as I ran. I was so happy! It was a feeling of overcoming something many people struggle with, a feeling I will never forget as long as I live. After that, I lost another 20 pounds over the next three months.

I still continue to excercise and eat right. I have my splurge times and I even have to still remind myself of all the pain I went through just to get where I am today. I will put down that donut or fattening snack and hold off until a later time. I went from a size XXL to a large, and I can even fit into a medium depending on the fit of the shirt. I have inspired many people with my success, including my mother and some of my friends. It almost seems like everyone is starting to work out and lose weight! It is also an eye-opener because my life and everyone else's life is very precious, and you do not have to live with the daily stresses we constantly encounter. I'm just glad to have lost all of that weight. 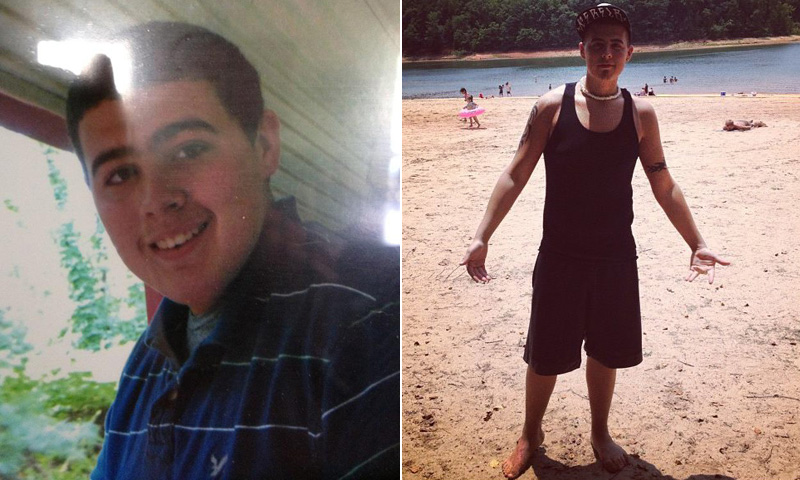 More:
healthy livingslidepollajaxpounds lostFitness and ExerciseWeight Loss
Newsletter Sign Up
The essential guide to taking care of your mind and body
Subscribe to HuffPost’s wellness email
Successfully Subscribed!
Wellness delivered to your inbox