How I Gained It: I have been morbidly obese almost my entire teenage/adult life, but after I had my third child I was diagnosed with severe depression. I felt like I didn't know who I was anymore. It got so bad that I almost ran my SUV into a tree and the only thing that stopped me was my children. I mainly gained because of how I was raised. If I was sad, there was food. If I was happy, there was food. Even when I was in college, I emotionally ate. When I got married, I became a closet emotional eater to hide it from my husband. I ate super-sized fast food, Coke, Hamburger Helper, Little Debbie snack cakes -- my eating habits were horrible.

Breaking Point: I took my children to Wal-Mart. As we were leaving, my oldest son, who has Asperger's, darted out into the parking lot. I couldn't catch him, but luckily an older gentleman grabbed him for me. Later on, I beat myself up about it. Not being able to save my own child was terrifying. I couldn't walk the entire the store, much less run after a 6 year old.

Shortly after, I went to a convention with the company I work with. They have some amazing motivational speakers, and I took some self-improvement classes that year that taught me I was worth it. I wanted to change before, I just didn't think I could.

How I Lost It: I came home right after that full of determination. I deserved to have what I wanted! I still had no idea how to start but I knew why I wanted to! Taking care of myself is a win-win for everyone in my life, so being selfish on this was a very good thing!

So I researched. Weight loss surgery? Tempting but the lack of money and phobia of needles nixed that idea. Well, what about Weight Watchers? I did Weight Watchers several times with awesome results, until I stopped. I didn't want to count points. It felt overwhelming, and I admitted I had no idea what eating healthy really was. I saw the Core Plan they offered and it was perfect. A food list of what I could and couldn't have, that helped me really focus on my body's hunger cues.

I did that for the majority of my weight loss, and when I felt restless I would switch to counting calories. Now, I eat lean meats, limited whole grains and lots of veggies and fruit. I don't deny myself anything though. I just eat a serving and don't feel guilty!

I didn't start exercising right away. When I thought it was something I needed to do, I bought a cheap mini stair stepper. It totally kicked my butt! I also tried pool exercises and walking.

In total, I've lost 200 pounds and went from a size 32 to a size 6. To have done it without any surgery, magic pills, shakes or "voodoo" makes it that much sweeter to me! We all have that power within us. 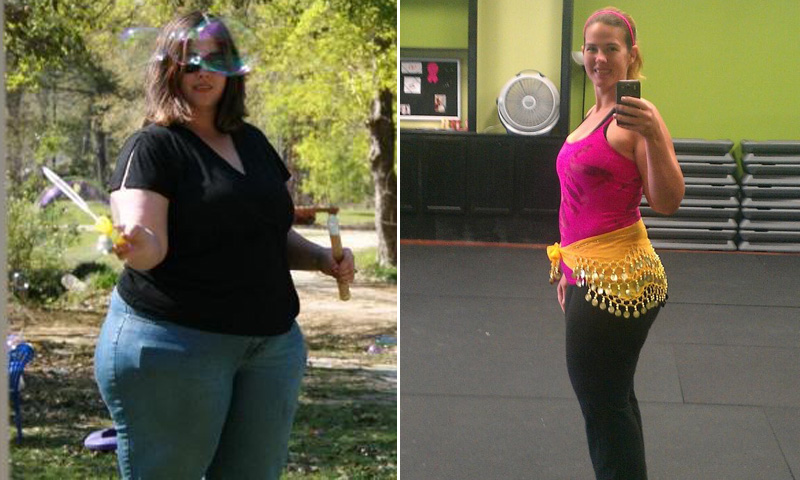