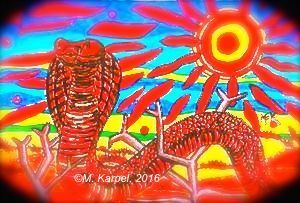 I was taken by the power that savoring a simple cup of coffee can have to connect people and create community. ~ Howard Schultz, Chairman and CEO of Starbucks

I love coffee! I love how it tastes. I love how it feels going down. I love the whole ritual around drinking coffee, whether brewing it myself or sitting in a coffee house with a nice hot cup of Joe and a book or a friend to catch up with. And I love how it feels after I drink it...until I don't. I enjoy coffee when taken in small amounts, but I can usually tell when I've gone over the threshold from just the right amount to too much.

Less Guilt and More Pleasure
Every time a study comes out, showing the benefits of drinking coffee, I'm thrilled to have this one guilty pleasure carry with it less guilt and more pleasure. Some research findings are quite positive about caffeine in general, and coffee, in particular. There have been some recent studies finding that caffeinated drinks could be one factor in decreasing the risk of Alzheimer's disease and other dementias. These findings show that moderate coffee intake, 3-5 cups of caffeinated coffee per day (one regular size coffee actually equals two cups), may decrease the risk of Alzheimer's disease, Parkinson's disease, and decrease the risk of strokes. In addition, caffeine has been found to improve cognitive functioning in older adults and, when consumed in moderate amounts, it has been found to improve mood in adults of all ages.

There's a Fine Line
But, beware. There's a fine line between feeling good from coffee and feeling bad from it. Too much caffeine can increase the stress hormone, cortisol. Cortisol is the chemical we produce when we believe that we're in danger. Prolonged production of cortisol causes us to feel anxious, agitated, and irritable, and to have trouble sleeping. Additionally, while many people find that a little bit of caffeine helps to have sharper thinking, the overproduction of cortisol can interfere with our ability to think clearly. Cortisol will also raise blood pressure, lower immune functioning, cause imbalances in blood sugar, and increase abdominal fat, which can lead to greater risk of heart attack and stroke.

Walking that Line Between A Good Mood and Depression
Dr. Michael Greger points out in his recent book, How Not To Die (be sure to tune in for my interview with Dr. Greger on May 22), that moderate consumption of coffee has been found to decrease the risk for severe depression and suicidal behavior. In fact, researchers at Harvard University, found that people who drank two or more cups of coffee per day had about half the suicide risk when compared to those who did not drink any coffee. It was further found that those who drank more than six cups of coffee per day had an 80% reduced likelihood of committing suicide. However, that fine line was found once again. That is, it was found that there was an increased risk of suicidal behavior for those people who drank eight or more cups of coffee per day.

Not Everyone is the Same
Not everyone is the same when it comes to coffee and, health expert, Dr. Andrew Weil, advises in his nutrition blog, "The way coffee affects you is your surest guide to whether or not you should be drinking it at all and, if so, how much." It's up to you to determine if drinking coffee in moderation feels good or if you feel more irritable and anxious even with a small amount. Keep in mind that large amounts of caffeine are not good for anyone and can cause adrenal fatigue. Our adrenal glands become worn out from the over-production of the stress-hormone, adrenaline, which leads to a general feeling of malaise. Drinking a full pot of coffee, even if you don't notice the effects because you have built up a tolerance, will have a negative effect on your adrenal glands.

Coffee May Be the Cause of Your Anxiety
Some people are especially sensitive to the agitating affects of caffeine. If you have an anxiety disorder of any sort, I recommend that you don't drink any coffee, caffeinated tea, or any other caffeinated drink, such as soda. We would all do much better without any soda at all, but that's for another blog. Frankly, I'm often amazed at how many clients I've seen with complaints of frequent anxiety, agitation, and/or panic attacks. When asked, they reveal that they drink at least one pot of coffee per day, plus iced-tea and soda throughout the day. For many people, caffeine may actually be the root cause of the anxiety and panic, or, at the very least, it's likely a large contributing factor. Also, if you have difficulty sleeping, then you need to look at how much caffeine you're drinking throughout the day. Caffeine tends to stay in the body for several hours after consuming it. So, it's advised not to drink anything with caffeine after 2:00 p.m., if you're having trouble with your sleep.

It's All in the Timing
Timing is an important factor for a variety of reasons. Are you one of those people who likes to drink a cup of coffee as soon as you wake up? Is it the first thing that you put into your stomach? I used to do that and found that I didn't feel so good when I did. Probably the worst time to drink coffee is on an empty stomach. When we drink coffee or anything with caffeine, it stimulates the production of hydrochloric acid (HC) in the stomach. This production of HCl is significantly greater when the coffee is consumed on an empty stomach, causing irritation to the lining of the stomach and intestines over a period of time. In addition, drinking coffee first thing in the morning can increase the chance of heartburn or acid reflux. For those who have digestive problems, it's a good idea to completely eliminate caffeinated drinks, as well. Caffeine is a well-known irritant for those who have IBS, gastritis, Crohn's disease, colitis, and ulcers. The tendency to produce cortisol and to feel irritable from coffee will be much more extreme if you've had nothing to eat either before or with your coffee.

Try This
Start your day by drinking warm water and lemon (1/2 lemon squeezed into the warm, not hot, water) and then eat a nourishing breakfast before your morning cup of coffee. Notice how you feel after a week. If you do fine with the caffeine, enjoy your cup of Joe. However, if drinking coffee doesn't agree with you, you can always switch to a lower-caffeine tea, such as green or white tea, or one of the many varieties of caffeine-free herb teas without missing out on the "experience."

Check out similar blogs by Dr. Mara, her internet radio show, and her YouTube videos!