We love our dogs, and I love my mini dachshund Zeke, with all my heart and soul. Today is his 7th birthday and I wish I could stop time and never let him age another year so that he has a happy life with me as long as I live. 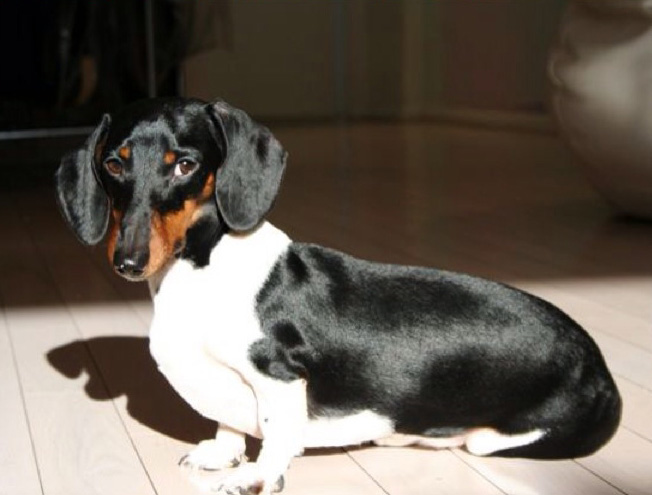 Zeke is a black, white and tan piebald and is the 11th dachshund in the line-up of Lola, Louie, Ziggy, Roxanne, Veronica , Barney, Ernie, Frankie, and Fritzy. Penny was my first, a red female puppy left in my shop on a Friday, late in the day, with a tag around her neck saying $150, and only her name. Her former owner never returned, and Penny won my heart. From never having a dog and never wanting one, she made me totally addicted to dachshunds.

The minute I saw a picture of Zeke, I knew I had to have him. I was devastated and a few months passed after my three dachshunds died of old age, 17 years each, within a two-week time frame. You always feel no other can replace them but I could not live without a happy little doxie in my life.

Zeke flew into New York on Continental Airlines, as a tiny pup, all the way from his Louisiana birthplace. He tucked his head under my arm to hide from the bright lights and the noise as we drove down Broadway.

Zeke loves his carry bag, he runs across the room and dives right into it when I say let's go out. This typically means that we are going to work. He has been on planes, in restaurants, seen full length movies, stayed in hotels and remains totally unnoticed the entire time hidden away in his bag.

Zeke loves being a part of everything and is the first to greet everyone when they arrive at work. When we have meetings in the conference room, he pulls a pillow off of the sofa and places it at the end of the table to join the meeting. He is very present and sometimes I glance at him and wonder how much he really does know.

I understand through him, that the theory that dogs must work is true. He has a favorite toy, a small bird who he loves to play fetch with. What I learned is his playing fetch with the bird coincides with a work activity taking place in the studio. When we have fittings or photo reviews or wherever he sees that a task is being performed, the bird is brought to the spot where we are gathered and he places it your feet to be thrown. He is definitely participating and will continue to fetch until the task is over. Yes, everyone gets a chance to throw the bird and we all do each and every time.

He loves playing soccer and is quite good at entertaining himself rolling the ball around the office. The soccer ball is rolled right in front of anyone who crosses his path for them to kick or throw. He moves the ball skillfully with his shoulders and pushes it with his long nose and stops it with his short legged paw. Zeke definitely lifts the spirits around the office, and has acquired a skill for removing money from purses and wallets, even if the handbag is fully zippered shut. What's worse is he brings me the money to me and puts it under my desk.

At one point, I had 6 dachshunds at a time; I couldn't give away a single pup from a litter I delivered of Lola's. Now I found a more reasonable solution to having a slew of doxies, I would invite anybody in the company to bring their dog to work as long as it was a dachshund! This was under the premise of course that they would be friends for Zeke.

The first arrival, Zaylie, a very tiny chocolate girl, who no matter what Zeke does, will have nothing to do with him. Zeke would make a stop before dashing into his carry bag and get one of his favorite toys, put it in the bag for Zaylie. As soon as she would arrive off of the elevator to the fifth floor, he would present her with his toy. She then quickly snaps it up and runs back into the elevator just in time for the door to close behind her. After many attempts and after literally cleaning her for hours, she still has no interest in him...only for his toys and food. 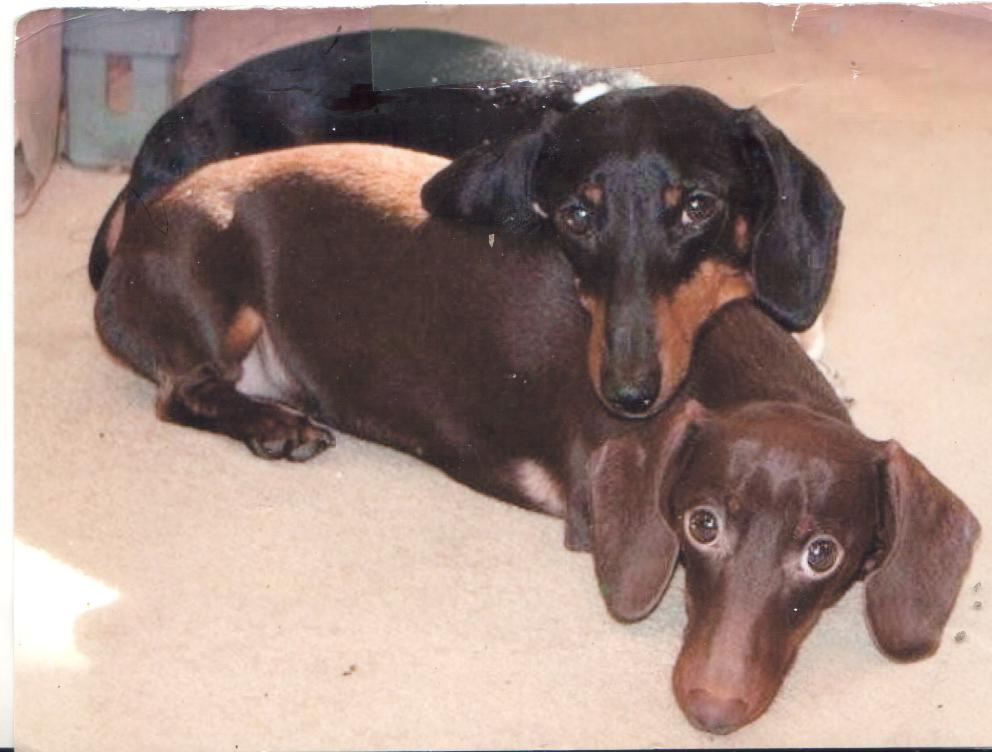 Shortly after Zaylie, Kona arrived. He is another small, frisky, adorable chocolate pup, and Zaylie's half-brother. Zeke was not pleased from the start. There was nothing but hard work for him and disciplining Kona was exhausting. Zeke would keep Kona from entering the elevator every time it opened by grabbing Kona by his hind legs and holding him down or by corralling him back out of the elevator and back into the office. Kona has managed to make many escapes and has been found wandering through the shop on the first floor many times to Zeke's dismay.

Then came Ciccio, the same coloring as Zeke, and Rusty Nails, a red doxie more recently. I am not sure how happy Zeke is about all of them especially when the new male pups mark under my desk. He continues to patrol the fifth floor and goalie block my desk. His main goal is to stay focused on keeping them a clear distance away from me. I truly appreciate his efforts and the work involved in keeping my desk free from their markings.

We thought of enlisting The Dog Whisperer at one point when things seemed to get out of control, but instead, I decided to mimic his pack leader presence and allow Zeke to take on the role of his side kick, Daddy, and now we are all in a much better place.... hum, well most of the time.

Yes, I do believe I look like my dog, and I also believe they know lots more than what we are aware of. I believe every dog is mated with a human to provide unconditional love, and we must learn from them how to do the same. Happy Birthday Zeke, I Love You. 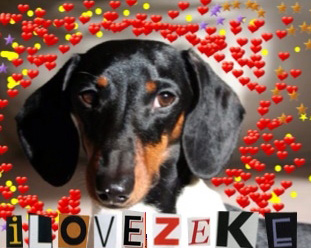