The Westboro Baptist Church is coming to New York City to protest The Huffington Post (and a handful of other media outlets) for protecting and promoting the queer agenda and I couldn't be more excited.

"His majesty the devil has completely energized this fag juggernaut known as news and entertainment media to cast aside every standard of God and what better way to do that than to legitimize a sin so filthy that the lord God calls it an abomination...

A worker of iniquity is someone who makes it their vocation to teach and enable and condone sin. You're all workers of iniquity: Fag Media Shame."

I'm not exactly sure what being "energized" by "his majesty the devil" entails or what a "fag juggernaut" is (aside from what I'm going to name my metal band if I ever start one) but it all sounds really hot, doesn't it?

It reminds me of the first time I heard about the anti-queer church. I was in college and a folk singer friend (and before you judge me, let's be honest and admit if there's ever time to have a folk singer friend, it's college, right?) wrote a song about Matthew Shepard's murder that included the line, "A woman held up a sign at his funeral that said / 'Matt's in hell and fags doom nations.'" I was repulsed by the thought of these people terrorizing that sweet dead boy's family and friends (and by extension, all of us, really), but I was also mesmerized by and drawn to the notion that fags -- me! -- could ruin an entire country with just our faggotry. Who knew we had that kind of power? But, then again, I guess somewhere inside of me I suspected as much all along. And ever since then all I've really ever wanted was to doom a nation, preferably America.

A few years later I ended up getting the word "DOOM" tattooed on my knuckles as a reminder of both the wickedness in the world and just how much queer people can accomplish if we put our heads and hearts and crotches to work. 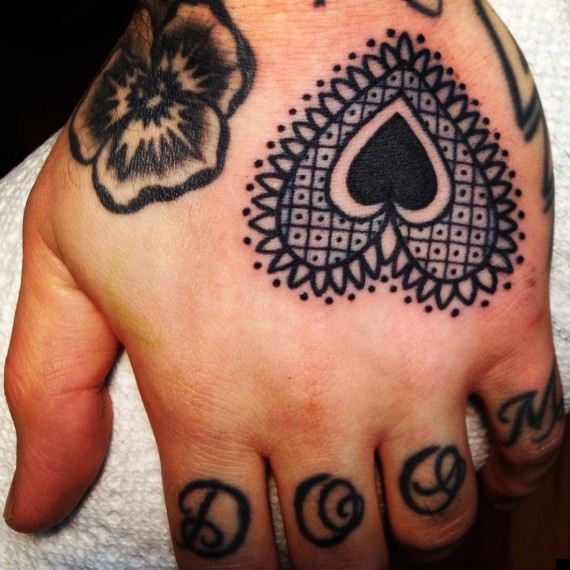 Those reminders are only two of the gifts that the Westboro Baptist Church has given me. They've also reminded me that while queers have made breathtaking progress over the past 20 years -- from gay marriage sweeping the country to trans activist and icon Laverne Cox smiling from the cover of Time magazine -- we still have a lot of work left to do. Every time WBC puts out a press release or threatens to protest at another soldier's funeral or Kesha concert, I remember that we can pass all the laws we want but if we don't change the fundamental beliefs that people have about us -- beliefs that in many cases and places aren't that different, though perhaps less concentrated, than Westboro's -- nothing will ever truly get better.

But beyond that, WBC has also done a lot of good for our community. No, really. As my friend and colleague Paul Raushenbush has noted, "their very existence offers the most convincing testimony for progressive, non-literal, rational, pluralistic and compassionate religious expressions." In short, when people see how awful Westboro is, they scramble to get out of their shadow so as not to be confused with them or their hate. Despite their best intentions, the church is actually pushing people to get on the right side of history.

What's more, while we've made it our editorial policy to no longer cover Westboro protests (aka don't feed the crazies!), we happily cover the extraordinary responses to their disgusting activities. From hundreds of students coming together to create a "human shield" to The Equality House -- a pro-queer non-profit organization housed in a rainbow building that sits directly across the street from the Westboro compound -- raising thousands of dollars for charity with counter-protests, these are often the stories I am most thrilled to have the opportunity to feature on The Huffington Post.

And in the spirit of and solidarity with those who have fought back against Westboro, if they do show up in front of our offices to protest us this week, we'll be ready for them. We're not scared of a handful of sad people with access to school supplies and a few nasty slogans. We're ready to celebrate how far we've come in spite of them. We're ready to honor the brave, beautiful actions that have been heaped up in the face of their hatred and we're ready to add our own humble offering to that pile. And if we continue to stand up to these bullies, I know one day the warning on that sign they held up at Matt's funeral will become a promise and the Westboro Baptist Church will be doomed to live in a nation full of happy, fearless, unapologetic fags and our happy, fearless, unapologetic friends.