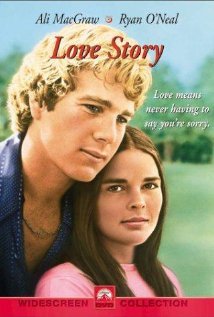 Is saying "I love you," a trigger? "Love you means never having to say you're sorry," is the famous line from Love Story, but it appears such declarations may soon require apologies. In a Sunday Review piece ("Regulating Sex," NYT 6/27/15) Judith Shulevitz points out that reaching out to take someone's hand could one day be considered "criminal sexual conduct." This is already happening on college campuses. Governor Andrew Cuomo just signed an "affirmative consent" law similar to that passed in California ("Cuomo Signs Affirmative Consent College Sexual Assault Bill Into Law," Huffington Post, 7/7/15). The absence of a "no" is no longer equal to a yes. Remember Molly Bloom's soliloquy?

"I asked him with my eyes to ask again yes and then he asked me would I yes to say yes my mountain flower and first I put my arms around him yes and drew him down to me and he could feel my breasts all perfume yes and his heart was going like mad and yes I said yes I will yes."

Who would ever have dreamt that it would epitomize the doctrine of "affirmative consent?" But when will we start hearing about "speech rape?" When will certain kinds of language be considered an unwanted advance? Young men and women in particular are impressionable and could easily be triggered say by Shakespeare's Sonnet 29, "When, in disgrace with fortune and men's eyes..." Pity is a famous form of entrapment and before long the object of your desire (aka prey) may be reaching their hand out to you. If nothing else "affirmative consent" will make the legal profession happy. Imagine the new kind of ambulance chaser arriving on the scene of a neo-Juliet stalking her would be Romeo with an unwanted, "Oh Romeo, Romeo! Wherefore art thou Romeo?" Speech is a very potent aphrodisiac, which can be almost as effective as Spanish Fly. Certain poems have such a powerful effect on emotion, they're like Quaaludes, the drug that has recently come back into the news in connection with Bill Cosby ("Bill Cosby admitted he got Quaaludes to give to women," CNN, 7/7/15). What about D.H. Lawrence, Henry Miller, Anais Nin, Charles Bukowski, not to mention Catullus, Chaucer and Rabelais? What about the Kama Sutra? Perhaps only very old friends, or old married couples who have known each other for decades, and have signed waivers should be permitted to read these forbidden texts to each other. And we'll all breathe a sigh of relief when Alexander Pope's "The Rape of the Lock" is finally banned for good.