"OMG! You're the rape girl!" she screams, as I light up my cigarette outside the Koreatown bar I'll never remember the name of. An adorable girl with a pixie cut proceeds to wrap her tunic around me as her nose ring gets caught in my Jewfro like we're in a feminist Twister game. And while I'm touched by the sincere outpouring of love from this stranger, I'm also in the middle of a date.

I finish off my warm PBR as my date, Mr. ScruffyBeard GyroBreath, takes a step back glaring at me like my tits are covered in anthrax. My new Twister buddy lights up her own smoke and makes herself comfortable. "I seriously loved your film!" she exclaims. "Was it so trippy making a film based on your rape? Tell me everything." I smile, looking over at Mr. SBGB as he turns pale white. He races inside to get another round.

Later, he drives me home in silence. As we pull up to my house, he awkwardly leans in, sweetly whispering I'm sorry "that" happened to you. For once, I'm speechless. Is he apologizing on behalf of the male species that I got raped? Was he hiding in the bushes that night yet failed to come to my rescue? Had he known I'd been raped, would he have sprung for two orders of spring rolls during dinner?

Trying to lighten the mood, I assure him that saying the word "rape" out loud won't actually make him a rapist, and he gives me the sort of fake laugh normally reserved for crazy aunts. I gather my things and let out my gut, realizing that (like most of my recent love interests) after hearing that I was raped during my study abroad in Vietnam eight years ago, the last thing he wants to do is throw me on the hood of his Prius and ravage me.

I jump out of the car. He promises to call.

We both smirk knowing he never will.

Last summer, I made a short film called "Meet My Rapist," a dark comedy about running into my rapist at the farmers market. The film was inspired by my frustration at not being able to "get over" my own rape, no matter how much therapy I went through. The movie helped me confront the effect my rape had on my identity, relationships and sexuality.

I was overwhelmed with the film's reception, particularly from other sexual abuse survivors. Opening the floodgates to my own trauma also let in some of the most surreal moments of my life: like the father of three from Seattle who sent me his gratitude for making the film in the form of a fruit basket or the actress from San Diego who, in a dim Temple parking lot, said the film gave her the courage to finally tell her fiancé about her own rape and that they've never felt so close. And then there's the accountant from Germany who said the film inspired her to confront her own demons and face her rapist, whom she happened to call Dad.

This wasn't my movie anymore. It was all of ours.

After one particularly emotional screening, a teenage girl chased me out of the theater spilling her soy latte all over me, while proclaiming the film gave her the strength to go on. During our tearful goodbye, a feeling of peace swept through my body like I was getting tickled by the Dalai Lama. Sharing the mutual pain of my dark past with all these strangers had truly set me free.

Giggling like a schoolgirl, I skipped to the film's afterparty, ready to celebrate my newfound liberation by drinking my favorite bottle of boxed wine and flirting with some dudes with ironic mustaches.

Yet as the party began, I found myself on the dance floor twerking all alone. Though the room was packed with all the adorable boys who'd just given me a standing ovation at the screening, I couldn't get a playful hickey much less a fist bump from any of them. I even tried to thank the host with an innocent side hug -- but instead he drunkenly bowed to me like I was the Duchess of Rapesville. Along with my fabulous neon jumpsuit, was I also wearing a scarlet R on my chest? It seemed that I had made my rape bed and now I was going to have to lie in it -- all alone.

Holy Frankenstein, I had created a rape monster. The whole point of making this film was to reclaim my inner goddess, but instead I felt further away from her than ever. Did coming out as a sexual-abuse survivor permanently disqualify me from also just being sexual? Had my chronic openness officially become too much for potential mates?

Unfortunately I was so busy craving intimacy from all these men that I ignored how little connection I felt within my own body. Since my rape I've spent so long judging, shaming, and punishing my body only to feel guilty because as a proud feminist, "I should know better."

But at the core of my feminism is the belief that owning my fears and being honest with myself always leads to the good stuff. So with some help from my therapist (and, of course, Beyoncé) I realized that if I wanted to get my sex life back I had to stop looking to dudes to validate my sexuality. I need to start to feel sexy again, from the inside out.

Along with making the film, a huge part of my healing process is honoring the depth of my own sexuality: I'm excited for everything I know about sex and even more so for all the stuff I don't yet. And while my rape plays a pivotal role in my sexual identity it is not the sum of it. Having a sex life post-rape is, obviously, complicated: I'm balancing a scarred mind that's been through some rough shit and the urges of a sensual body that wants to get it on.

I wish I could tell you that I'm killing it at dating right now, but the truth is I'm still terrified I'll always be living under the shadow of my rape.

But just as I start to panic that I'll never find love and die all alone, Drake comes on my Spotify playlist and suddenly I'm throwing on my favorite polka dot dress, shaving the front of my legs and racing to the kitchen to twerk all by myself. Maybe someday the dude who wants to dance with "the Rape Girl" will join me, but either way I'll still be here dancing. 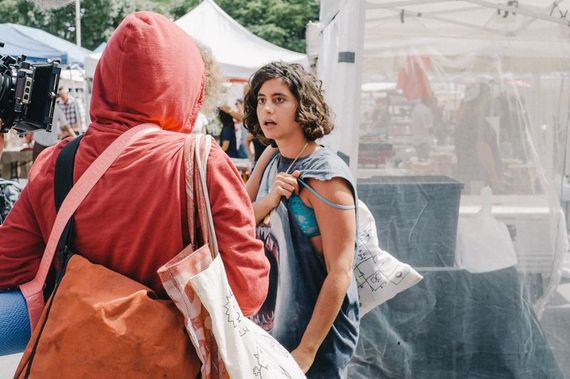 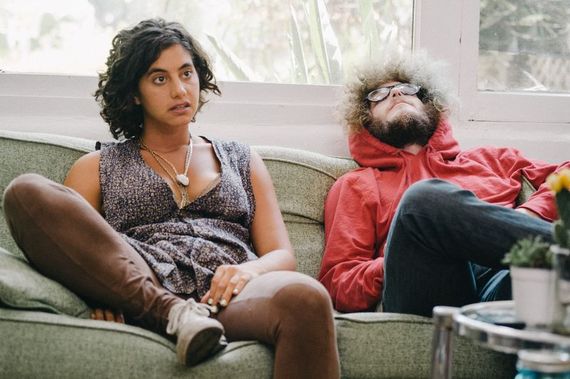